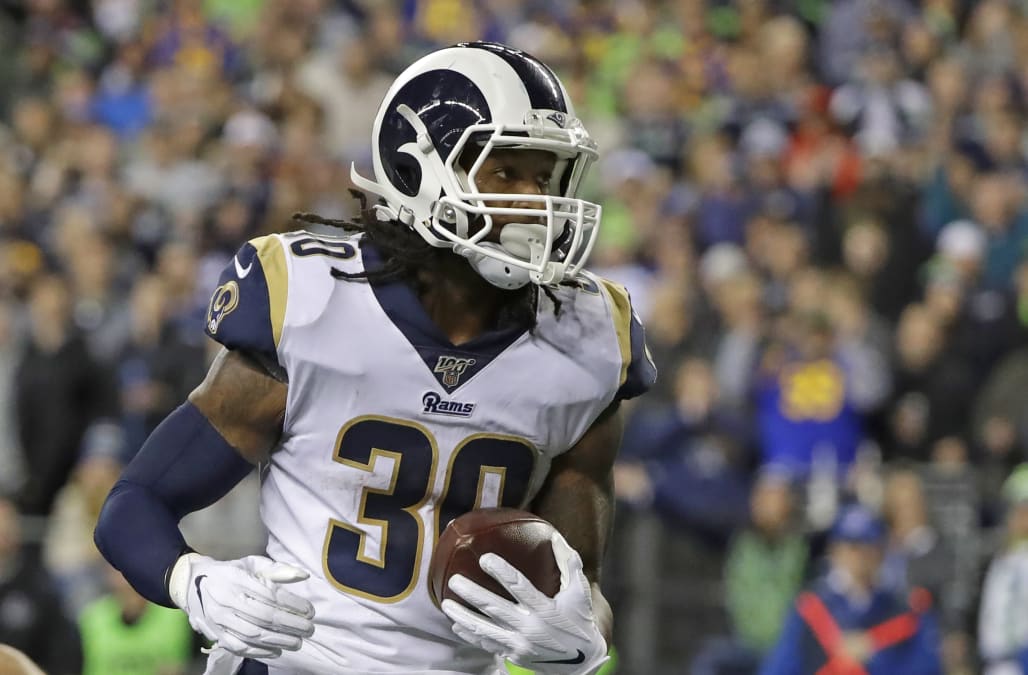 Todd Gurley’s time with the Los Angeles Rams has shockingly come to an end.

The Rams have released the star running back, marking the end of a five-year run for Gurley with the franchise that selected him No. 10 overall in the 2015 draft.

Gurley quickly established as one of the league’s best running backs, earning three All-Pro nods and making three trips to the Pro Bowl as the Rams rose up the NFC standings. However, Gurley has been hampered by injuries in recent years — especially down the stretch in the Rams trip to the Super Bowl in 2018.

Gurley rushed for 1,251 yards and 17 touchdowns during the regular season, but mustered only 10 yards on four carries in the NFC Championship Game win over the New Orleans Saints. He then had just 35 carries on 10 tries in the Super Bowl LIII loss to the New England Patriots.

In 2019, Gurley’s struggles continued. He finished with a career-low 857 yards on 223 carries, just a 3.8-yard average. Now he is headed to free agency in an attempt to return to his All-Pro form.

Gurley signed a four-year, $60 million contract extension with the Rams in July 2018, a deal that made him the highest-paid running back in the NFL. Less than two years later — and mere minutes before Gurley was owed $10.5 million — he has been released.

Gurley becomes the second prominent running back to be traded in recent days. On Monday, the Arizona Cardinals moved David Johnson to the Houston Texans in a deal that included star receiver Deandre Hopkins. Johnson was an All-Pro performer in 2016 when he rushed for 1,239 yards and 16 touchdowns. Though he missed 2017 with an injury, he received a three-year, $39 million extension early in the 2018 season. Like Gurley, he has now been traded following an underwhelming performance in 2019.