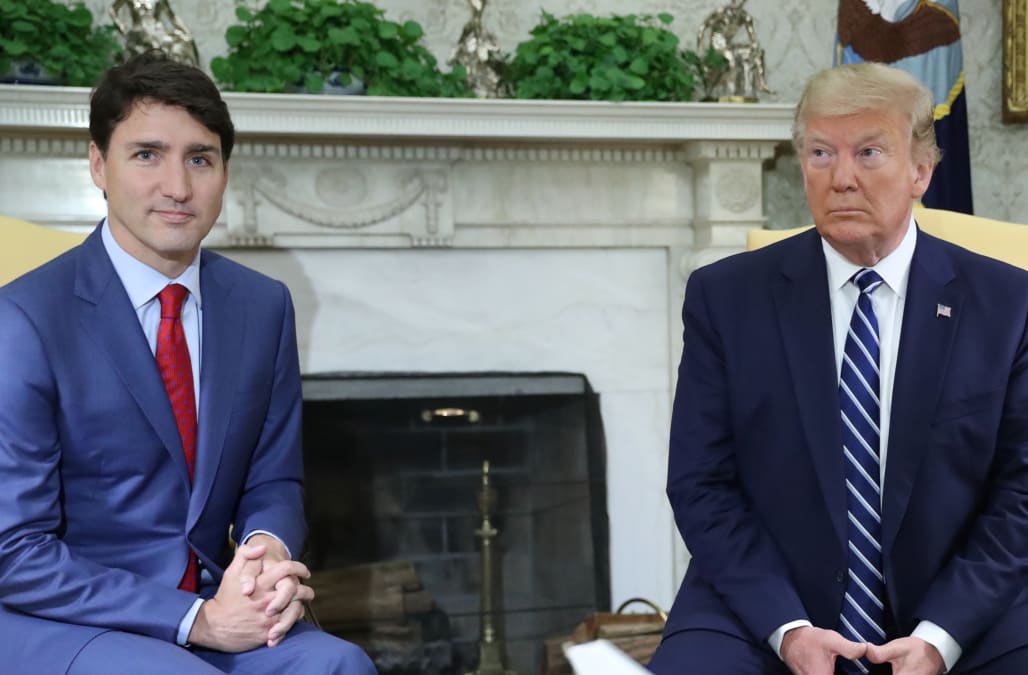 The U.S. and Canada are barring nonessential travel across their border, a step underscoring the gravity of the coronavirus pandemic, President Donald Trump announced Wednesday.

We will be, by mutual consent, temporarily closing our Northern Border with Canada to non-essential traffic. Trade will not be affected. Details to follow!

On Monday, Canadian Prime Minister Justin Trudeau closed the country’s border to those who aren’t Canadian citizens or permanent residents, but exempted U.S. citizens “for the moment,” given that “the level of integration of our two countries is quite particular,” he said.

But amid the rapid growth in cases of COVID-19, the disease caused by the virus, in both the U.S. and Canada, by Tuesday, officials in both countries began working on an agreement to restrict travel across the border to “essential” purposes, sources told the CBC, Associated Press and CNN.

The definition of “essential travel” was expected to include critical deliveries of food and supplies, but officials were torn over whether to include Americans or Canadians visiting family in either country.

Trump said Wednesday that under the agreement, “trade will not be affected,” but he did not specify any other details.

Countries worldwide have restricted travel to stem the spread of the virus. On Tuesday, the European Union announced a 30-day ban on most nonessential travel to its 27 member nations, limiting it to food and medicine deliveries and people traveling to their home countries.

U.S. President Donald Trump and his coronavirus task force have advised Americans against any nonessential travel, citing guidance from the Centers for Disease Control and Prevention.

More from HuffPost US:
Italy has been trying to send us a warning. Will we listen?
Vive La France! Luxury perfume brands to make free hand sanitizer.
Grocery shopping for a quarantine: What to buy and how much