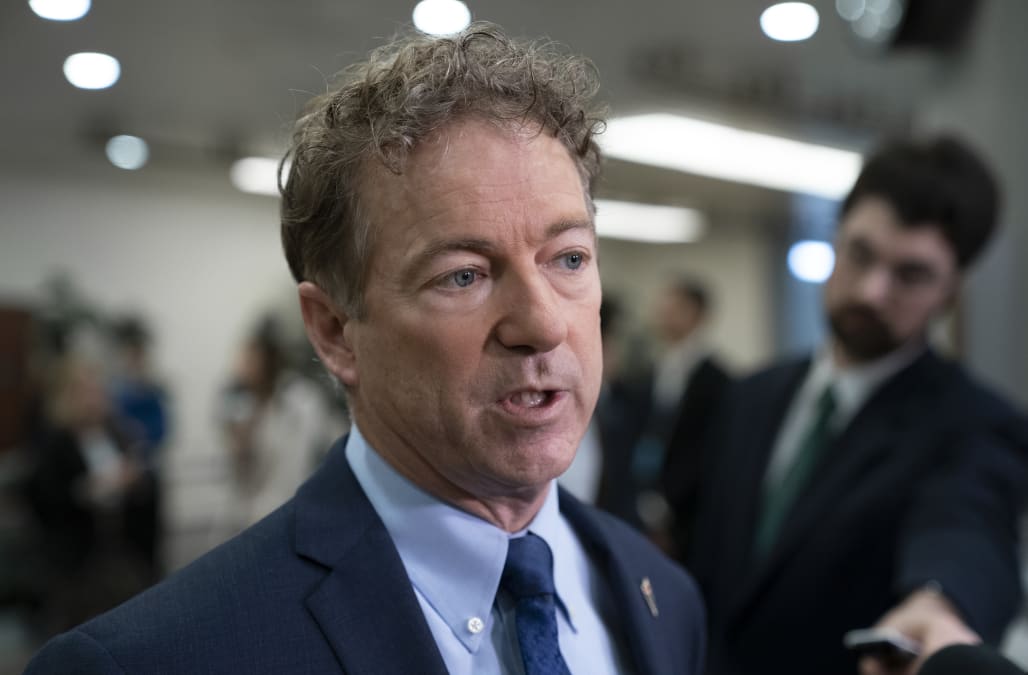 Senators were on Tuesday heading towards a vote on the package — which includes provisions for free coronavirus testing, secures paid emergency leave, enhances unemployment insurance, strengthens food security initiatives, and increases federal Medicaid funding to states — but had to slam the brakes on because of an amendment Paul proposed.

The sources said Paul is forcing a vote on his amendment, which would "require a social security number for purposes of the child tax credit, and to provide the President the authority to transfer funds as necessary, and to terminate United States military operations and reconstruction activities in Afghanistan."

McConnell agreed to take up the amendment on Wednesday, delaying the vote on the larger bill, the sources said. The Paul amendment is not expected to pass.

McConnell, the senior senator from Kentucky, said earlier Tuesday a number of his members think the package that the House passed on Saturday has "considerable shortcomings" but is still necessary and urgent.

"My counsel to them is to gag and vote for it," he said.

Paul was the sole "no" vote on the $8.3 billion coronavirus spending bill the Senate passed earlier this month.

Paul is notorious for forcing votes on amendments he knows will not pass.

In July of last year, Paul blocked a bipartisan bill that would ensure a victims' compensation fund related to the Sept. 11 attacks never runs out of money. Paul questioned the bill's 70-year time frame and said any new spending should be offset by corresponding cuts. After the amendment failed, he wound up being one of two no votes on the legislation.

He even briefly caused the government to shut down in 2018, using a procedural tactic to block the Senate from meeting the deadline to keep the government open because he objected to the price tag.

More from NBC News:
What's in Congress' emergency coronavirus bill? What you need to know.
'Got married!' U.S. Rep. Ilhan Omar says
Anxiety in an aging Congress spreads with the coronavirus