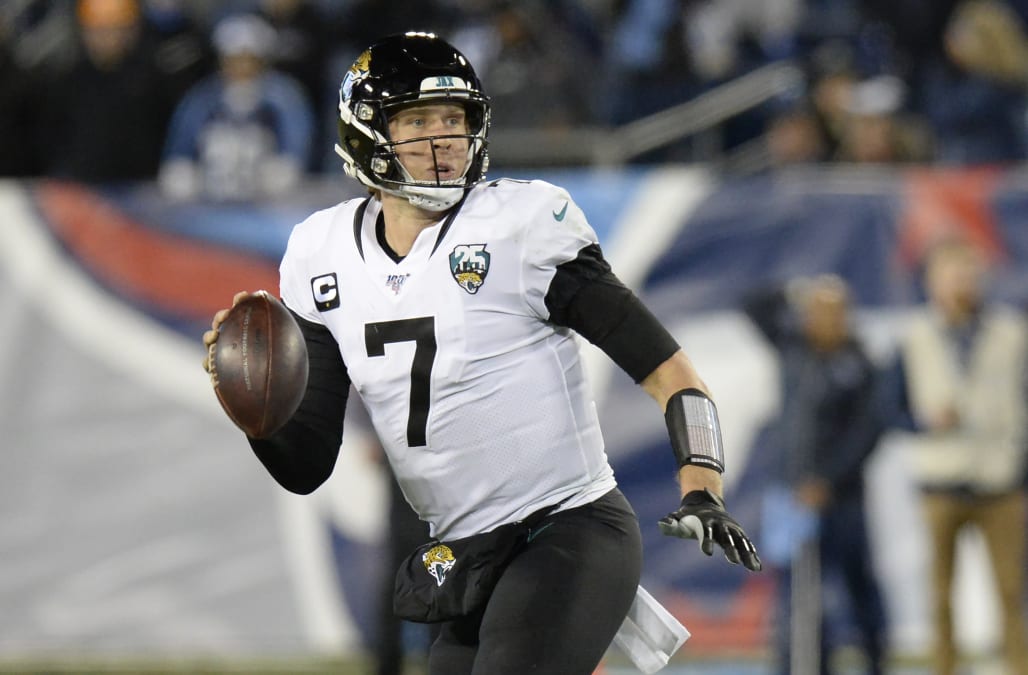 The Chicago Bears have found someone to challenge and/or replace Mitchell Trubisky.

Via multiple reports, the Bears have acquired quarterback Nick Foles from the Jacksonville Jaguars in exchange for Chicago’s compensatory pick in the fourth round, which is No. 140 overall.

Foles’ stay in Jacksonville was short: he signed a four-year, $88 million free-agent deal one year ago.

But he broke his collarbone in the first half of his first official game with the team and needed surgery; the Jaguars turned to then-rookie Gardner Minshew, and quickly showed that he was a capable starter.

With Foles now traded, Jacksonville is presumably handing the reins of the offense to Minshew.

It’s been long reported that the Bears were looking for a veteran to at minimum push Trubisky, the No. 2 pick in 2017 who has mostly been a disappointment to this point.

The MVP of Super Bowl LII when he led the Philadelphia Eagles over the New England Patriots, Foles has struggled when playing for any team but Philadelphia. He was 25-13 as an Eagles starter over five seasons, including playoffs; in 16 starts with three others teams, he is 5-11, including 0-4 with Jacksonville last year.

Maybe reuniting with some familiar faces will help. Chicago head coach Matt Nagy worked with Foles twice previously, as an offensive assistant with the Eagles in 2012, and as the Kansas City Chiefs’ offensive coordinator in 2016. Current Bears offensive coordinator Bill Lazor was the Eagles’ quarterbacks coach in ’13, when Foles made his one Pro Bowl appearance.