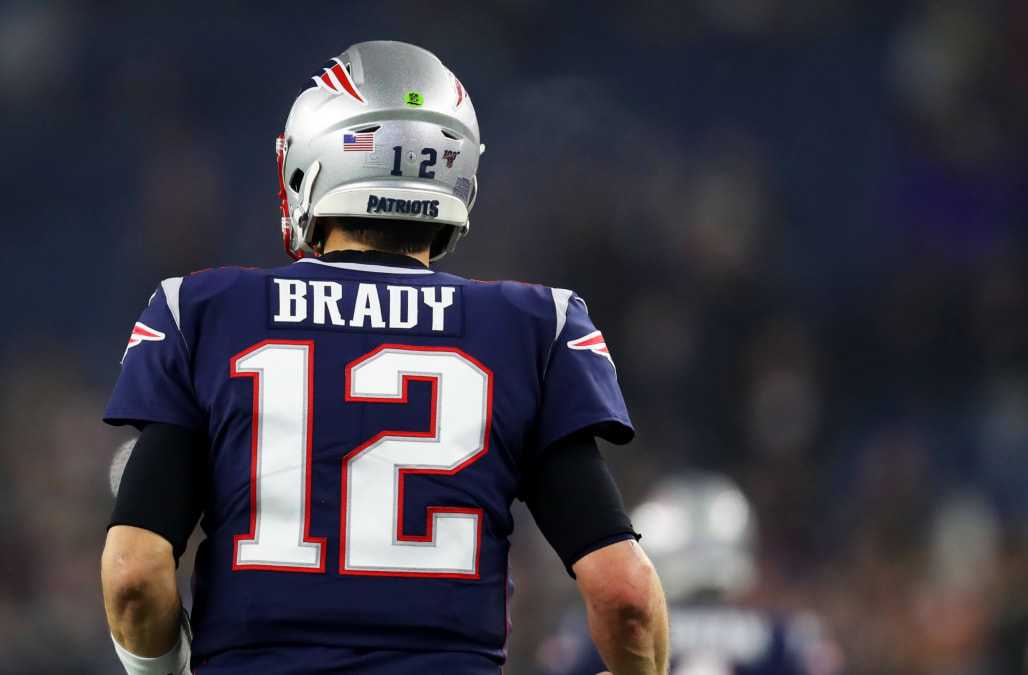 Tom Brady is reportedly set to join the Tampa Bay Buccaneers in free agency after two decades with the New England Patriots. It was an exit that nearly the entire NFL knew was probably coming, and yet it was no less shocking.

As news broke that Brady intends to sign with the Buccaneers, the world of NFL Twitter sprung into action.

Oooookkkkkk @TomBrady to the dark side huh? Welcome to the NFC Tommy!

Tom Brady and Drew Brees race for most all-time passing TDs could actually exchange a couple times next season... in the same game

The fact that all this Brady news is happening to Boston on St. Patrick's Day when NO bars are open to wallow in is..... cold

The greatest of all time 🏈🐐 Stay happy and healthy in your next chapter... the book is not yet finished 💪🙏 @TomBrady#thegoat#tb12#respectpic.twitter.com/CVhvrtSi9K

Sources tell me that the deciding factor in Tom Brady’s decision to sign with the Buccaneers was his desire to continue playing near some sort of historically accurate model of a pre-industrial military unit. pic.twitter.com/wSXbVYhK3x

The Tampa Bay Bucs were born in 1976. They have won a total of 273 games, including the postseason.

Cumulative wins by year graph for both Bucanneers and Brady: pic.twitter.com/bMXAdSBhvr

Tom Brady in a Bucs uniform won’t look stranger than Michael Jordan in a Wizards uniform.

Please note: we are only referring to him as Bucs Legend Tom Brady from now on

Mike Evans, Chris Godwin, and the Bucs receivers on their way to practice 5 yard curl routes for Tom Brady pic.twitter.com/uQ811SXvKr

Tom Brady on the Bucs is something that would’ve happened in like Year 12 of franchise mode in Madden 08 and you would’ve seen it and said “I hate how fake this game gets when you play deep into this mode.”

Beyond the sentiment and jokes, the biggest source of discussion was how Brady, at 42 years old, would mesh with Bucs head coach Bruce Arians, both personality-wise and scheme-wise.

There’s no question the Buccaneers have quality receivers in Chris Godwin and Mike Evans. However, it stands to reason an offense going from catching passes thrown by the infamously erratic Jameis Winston to Brady, a player with clear limitations, could lead to some growing pains.

Mike Evans and Chris Godwin when they see an accurate pass from Tom Brady pic.twitter.com/FdeC1ygeI7

This is awesome to see for Tom Brady and the awesome fans of Tampa. Brady’s arm is top notch. He can make all the throws and then some of what’s asked from Bruce Arians’ offense. @Buccaneers

James Winston 5th in the NFL in sacks last year. Did he hold the ball too long? Or does the Arians offense need him to for the deep pass?

Thank goodness Tom Brady gets a breath of fresh air from the *checks notes* best coach of all time. https://t.co/uAJQ9DI11S

And, of course, the biggest question on everyone’s mind was just how much Godwin will receive in exchange for giving his No. 12 to Brady.

Chris Godwin is going to get more from Tom Brady for the No. 12 than Bill O'Brien got for DeAndre Hopkins.

Chris Godwin when Tom Brady ask to wear No. 12 pic.twitter.com/o6Q4V6Y1C9

Chris Godwin’s about to get a BAG for No. 12