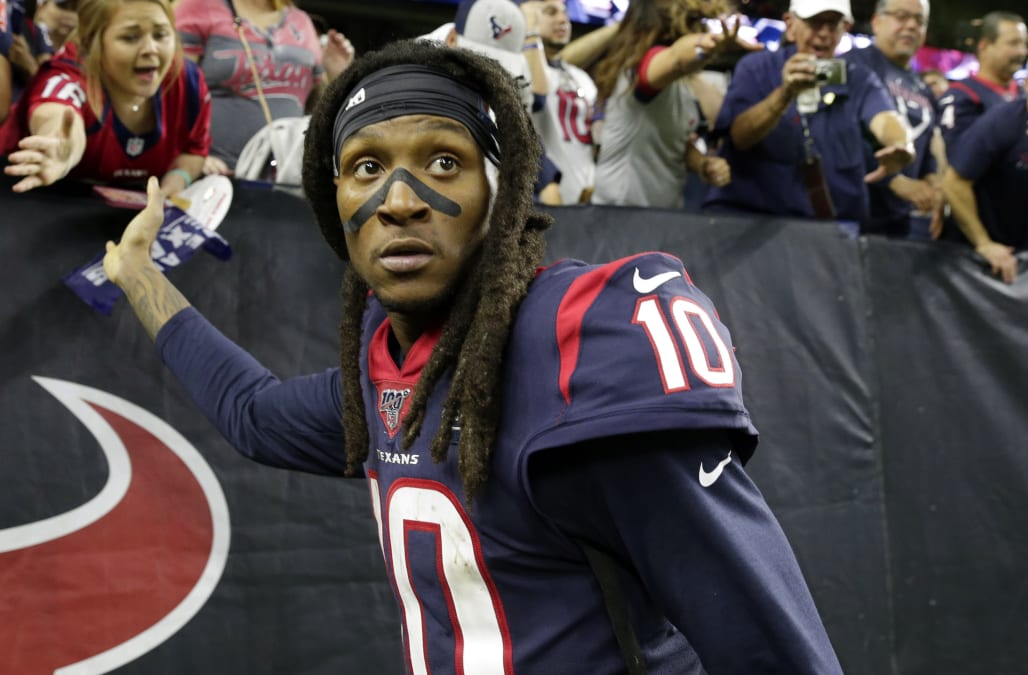 Did Bill O’Brien really meet with DeAndre Hopkins and make a reference to Aaron Hernandez before he traded his star wide receiver?

Until Wednesday morning, it would be insanely preposterous to even consider the notion. But now, after Michael Irvin’s comments on ESPN’s ‘Get Up’ morning show, the notion is far less preposterous.

The former Cowboys wide receiver said that Hopkins told him that he met with O’Brien before he was traded to the Arizona Cardinals. In that meeting, Irvin said Hopkins told him that O’Brien said the last time that he had to have a meeting of this nature was with the former Patriots tight end convicted of murder and that the coach didn’t like the fact that Hopkins had children with multiple women.

Here are Irvin’s comments in full:

Michael Irvin said DeAndre Hopkins told him that Bill O’Brien compared him to Aaron Hernandez and didn’t like his having multiple baby mamas around pic.twitter.com/7hwl7p2YlR

He told me, he said, Michael, it was a bit of a power struggle there because Bill O’Brien thought he had too much influence over the locker room. He called DeAndre Hopkins in a meeting to talk about this and to kind of get this — hash it out. In that meeting, he started the meeting with telling DeAndre Hopkins this — which blew my mind when DeAndre told me this. He told DeAndre Hopkins, he said hey, the last time I had to have a meeting like this it was with Aaron Hernandez. I was like what? He put in Aaron Hernandez in this meeting? He said yes he did. He said Michael that blew my mind that he would even bring that up, I’ve never been in any trouble, I don’t know why he would equate me with Aaron Hernandez.

O’Brien was an assistant coach for the Patriots from 2007-11 before he became Penn State’s coach. He coached Hernandez, who killed himself in his jail cell in 2017, in the final two seasons of his Patriots tenure.

After Irvin’s remarks on ESPN started circulating across the internet, Hopkins tried to tamp down their significance and said he had the “utmost respect” for O’Brien.

This is being blown way out of proportion. As I’ve said before, I enjoyed and am proud of my time with the Texans. I have the utmost respect for Coach O’Brien and that will not change.  Now, I’m ready to play for the Cardinals.

Texans got very little for Hopkins

Hopkins, 27, was traded from Houston to Arizona with a fourth-round pick in the 2020 NFL draft for RB David Johnson, a second-round pick in the 2020 draft and a fourth in the 2021 draft. The compensation for Hopkins looked extremely low at the time and even more so when the Minnesota Vikings got a first-round pick and three other picks from the Buffalo Bills for Stefon Diggs.

Was the lack of compensation for Hopkins because of an issue between O’Brien and the wide receiver? That was something worth wondering about even before Irvin’s comments on Wednesday simply because of the details of the exchange. And now, after Irvin’s comments, there’s even more to think about. Did O’Brien really say those things? If he did, why in the world would he think references to Hernandez and the mothers of Hopkins’ children be a good idea?

We’ll undoubtedly find out more about the alleged meeting in the coming days. And if what Irvin said Hopkins told him turns out to be true, O’Brien is going to have some serious explaining to do. Not only to minimize the public relations side of things but to, most importantly, show that he can be a coach that players respect and want to play for.