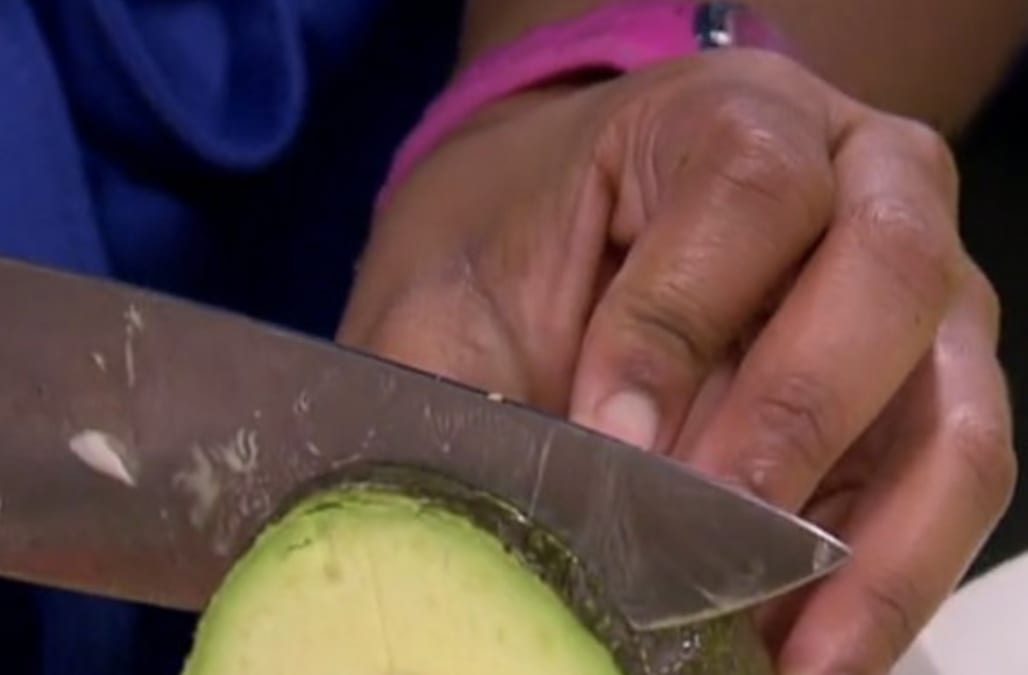 A photo of a cursedly sliced avocado is making people furious on social media, including model and cooking queen Chrissy Teigen herself.

Author Dianna E. Anderson took to Twitter on March 15 to share a photo of the green monstrosity as it was first shown on a 2015 episode of Food Network’s “Worst Cooks in America,” which you can watch on Hulu if you dare.

“I’m watching Worst Cooks In America and one of them cut and avocado like this and lord help me,” Anderson wrote.

I'm watching Worst Cooks In America and one of them cut and avocado like this and lord help me pic.twitter.com/No7QxcQNAq

As its title would hint, the series centers around 16 culinarily-challenged recruits who undergo “boot camp,” which is led by renowned chefs Anne Burrell and Tyler Florence, to learn techniques including knife skills, baking and food preparation.

It seems when it comes to knife skills, one participant — identified as Kortni Montgomery, who was 25 when the now-infamous episode was filmed — may have missed their lesson. And people are cringing at the result.

“STEP. AWAY. FROM. THE. KNIFE.” commented another user.

Speaking of the knife, many people began to wonder how sharp, exactly, the tool must have been to slice cleanly through an avocado pit.

“That knife must be legit,” wrote one user.

I mean..I’m impressed they sliced through the pit. That knife must be legit.

“This is a great knife commercial,” said another.

This is a great knife commercial

If you’re looking to save yourself the type of kitchen shaming outlined above, here’s a handy photo tutorial on the correct way to cut and de-pit an avocado.