Who might replace Tom Brady in New England? A look at the candidates 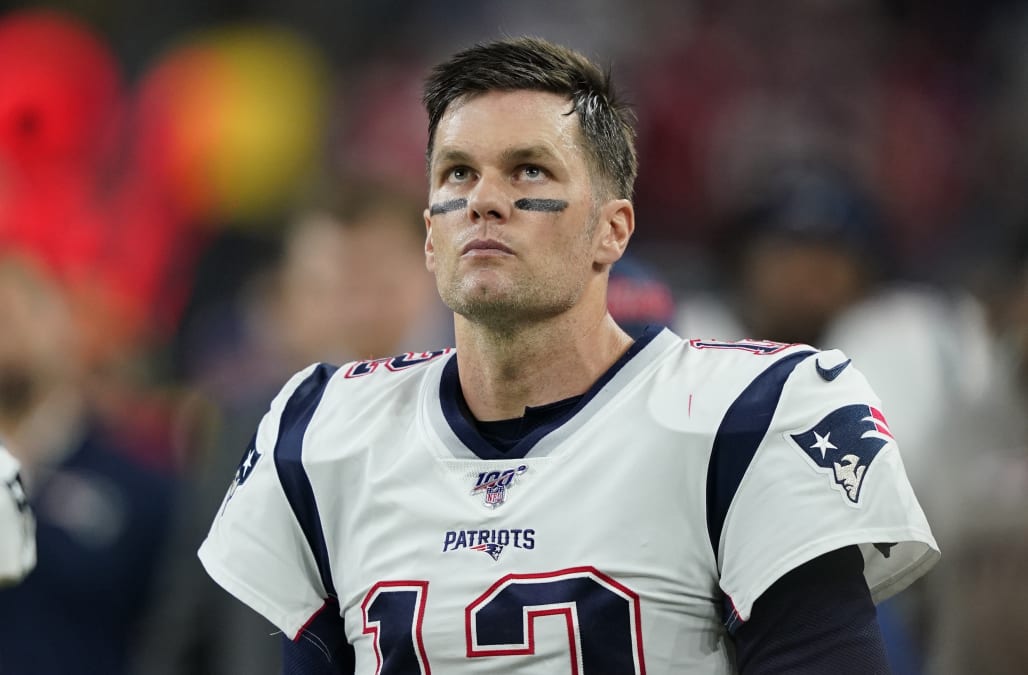 For the first time this century, the New England Patriots are looking for a new starting quarterback in the offseason.

In 2001, the choice was made for them. Tom Brady took over for an injured Drew Bledsoe, and Brady ended up leading New England to its first Super Bowl title. That relationship lasted until Tuesday morning, when Brady made the historic announcement that he is leaving the Patriots and playing elsewhere in 2020.

The only quarterbacks on the Patriots’ roster are Cody Kessler and Jarrett Stidham, and neither would be a great option for a team that went 12-4 and likely feels it can win a 12th straight AFC East championship with the right quarterback. It also seems unlikely the Patriots can draft an immediate rookie starter with the 23rd overall pick.

Who are some of the veteran candidates to replace Brady? Here’s a look:

Dalton is available in a trade and it shouldn’t cost that much to get him from the Cincinnati Bengals, who will pick a quarterback first overall next month. He should probably be considered the early favorite to be New England’s next quarterback.

Dalton would not excite Patriots fans, but he is a solid quarterback who can be a bridge between Brady and the Patriots’ long-term replacement. Dalton is just 32 years old and a three-time Pro Bowler. Dalton hasn’t been at his best the past three seasons, but the Bengals team around him was decaying. Dalton is the kind of quarterback who can manage the game fine and let a top-end defense do the heavy lifting.

Rivers is a free agent, with the Chargers deciding to move on shortly after the season ended. Could we see a situation in which Brady replaces Rivers and Rivers replaces Brady? It would fit.

Rivers was reportedly talking to the Indianapolis Colts on Monday, but the Patriots might intrigue him if there’s mutual interest. New England would give him a chance at the Super Bowl that has eluded him. Bill Belichick had plenty of glowing praise about Rivers before a playoff game in January of 2019.

"I have a ton of respect for Phil,” Belichick said 14 months ago. “We've had an opportunity to spend a little time together. I think he's a very, very smart person that understands football. Very inquisitive. Knows a lot of what's going on, not just on his team, but studies other offenses, other teams around the league and defenses. Can put it all together. Understands how to attack and how teams try to defend in this league. I've had some great conversations with him, really enjoyed my time with him at the Pro Bowl and was very impressed by his knowledge of the game. … He was a joy to be around and to coach and to have the opportunity to interact with."

Rivers clearly has a higher ceiling than Dalton, though he is 38 years old.

Bridgewater proved over a five-game stretch last season, starting for an injured Drew Brees, that he is all the way back from a devastating leg injury that halted his career with the Minnesota Vikings. Bridgewater is a free agent, just 27 years old, and could be a more permanent solution if the Patriots go that route. He seems to fit what the Patriots did so well offensively with Brady, which is quick, smart decisions in an efficient short passing game.

Can you imagine Bill Belichick dealing with Winston’s never-ending terrible interceptions? Probably not. However, Winston is 26, a former No. 1 overall pick and Heisman Trophy winner, and did have a 5,000-yard season last year. Perhaps the Patriots will talk themselves into being the team that can eliminate the bad plays out of Winston’s game. Because there are a lot of positives, they’re just overshadowed by his 30 interceptions last season. This seems unlikely, but Winston has the highest upside of any realistic options.

The Jaguars seem reluctant to trade Foles for some reason, though he’ll keep coming up in trade rumors. The Patriots know firsthand how good Foles can be at his peak; Foles won Super Bowl MVP against New England a little more than two years ago. Foles is really good when he’s on, but he also has a large contract and Jacksonville seems set on not dealing him.

The Patriots don’t reveal much information. They also have unique ideas when it comes to scouting and they don’t mind going against conventional wisdom. Belichick has likely prepared for the possibility of Brady leaving; at no point over the past few weeks did it seem like New England was all that interested in signing him. So there is some plan in place. We just don’t know it yet. Maybe New England has a big surprise in store as it replaces the greatest player in franchise history.