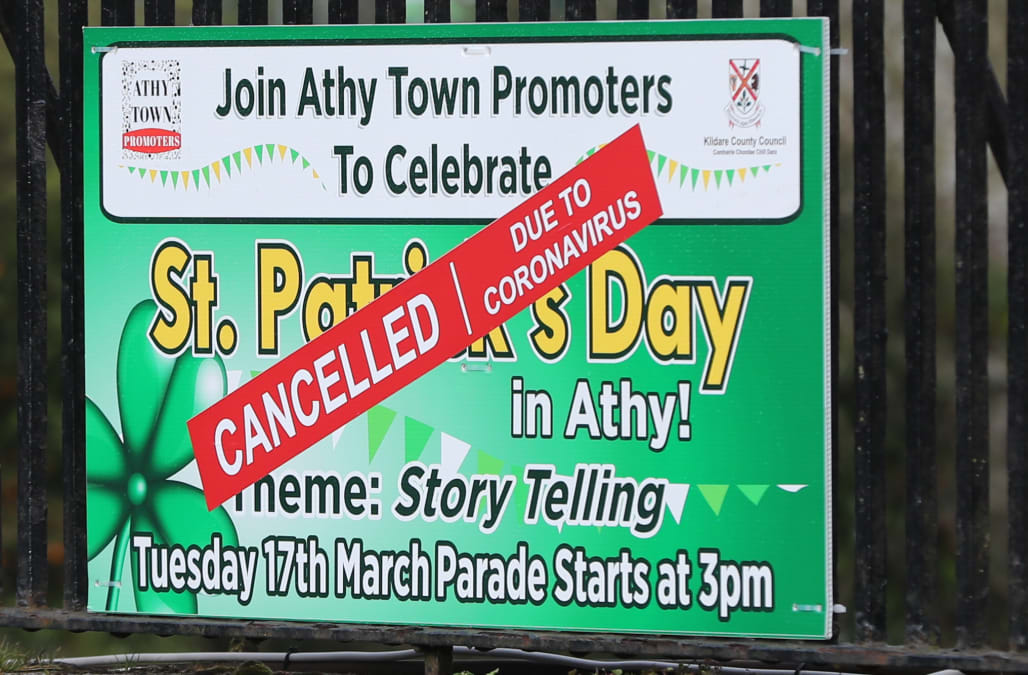 DUBLIN (AP) — St. Patrick’s Day celebrations around the world have fallen victim to the new coronavirus — but even a pandemic could not quash the desire to celebrate the color green, Guinness and all things Irish.

Parades and parties were canceled around the globe Tuesday as governments imposed restrictions on human contact to slow the spread of the virus.

Irish authorities called off Dublin’s parade, which usually draws half a million revelers into the streets of the capital city, and pleaded with people not to congregate at house parties. Thousands of pubs across Ireland have been closed as part of measures to fight COVID-19, tens of thousands of pints of Guinness will go un-poured and 140,000 people who work in pubs, restaurants and childcare are unemployed, at least temporarily.

But even in a time of social distancing and self-isolation, the desire to mark the day bloomed.

Peter Hynes, a dairy farmer in County Cork, southwest Ireland, assembled his family for a makeshift procession through the farmyard that included a child in a wheelbarrow, a calf, a pony, a quad bike and a young man banging a bucket as a drum.

“We just kind of grabbed whatever we could use as props,” said Hynes, who lives on the farm with his wife and three daughters aged 6 to 16. “We just wanted to fly the Irish flag around the world, because that’s what’s done on St. Patrick’s Day every year.

“We didn’t think it would get the reaction it did. But to see the messages coming from Italy and Spain and Australia, and people in quarantine — it just put a smile on their face. That’s all we wanted to do.”

In the U.K., London’s St. Patrick's Day festival in Trafalgar Square was called off, and the government urged Britons not to visit bars and restaurants but did not formally shut them down.

In the U.S., New York’s giant parade was canceled for the first time in its 258-year history. Other cities including Chicago and Boston also scrapped their long-established parades.

Still, landmarks around the world, including Sydney Opera House, the London Eye and The Colosseum in Rome, were lit up in green as part of Tourism Ireland’s “Global Greening” project.

“We hope our Global Greening will bring a little positivity and hope to people everywhere and remind them that, if we all do the right thing now by following advice of our medical experts, this crisis will pass,” said chief executive Niall Gibbons.

In his annual St. Patrick’s Day message, Irish President Michael D. Higgins urged people to show “solidarity and concern for the well-being of our fellow citizens” as they marked the country’s patron saint.

“St Patrick's Day has become a profound expression of a common history that extends far beyond Irish shores,” he said. “As members of that global community, we must commit to working in a spirit of solidarity and co-operation, joining with citizens across the world in fighting this global health emergency.”

More from Aol.com:
Italy rushes to promote new doctors to relieve coronavirus crisis
Italy has been trying to send us a warning. Will we listen?
U.S. airlines seek billions in aid from federal government