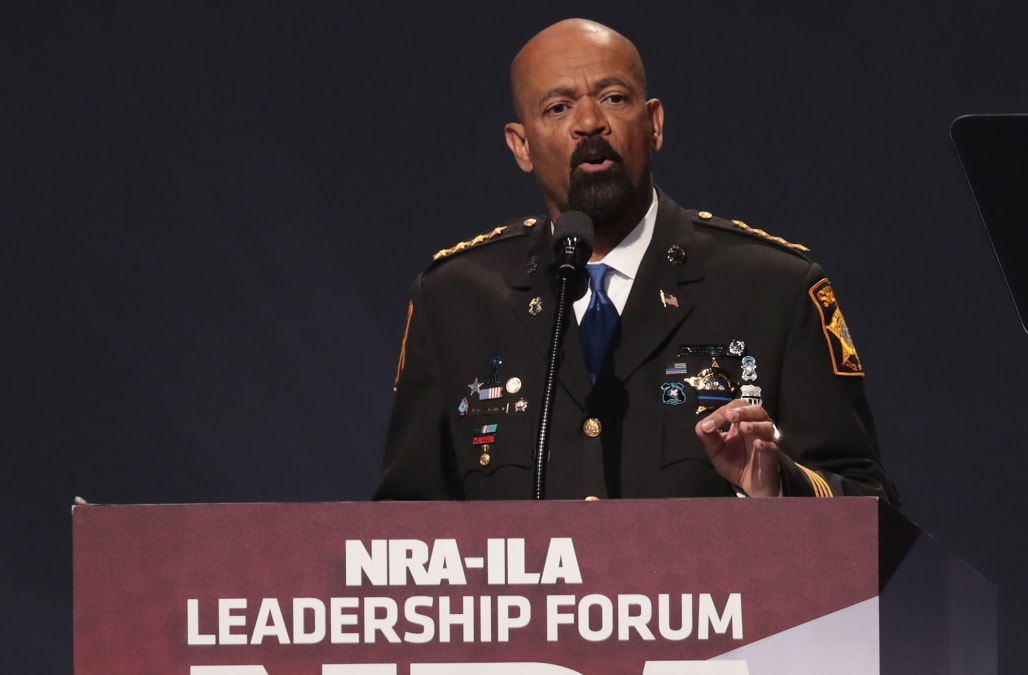 Twitter deleted reckless tweets about coronavirus on Monday that were posted by conservative former Milwaukee County Sheriff David Clarke. Clarke then claimed he was leaving the social media platform because of its “conservative speech control.”

Twitter removed at least three of Clarke’s messages because they violated the company’s policies against messages encouraging self-harm, The Washington Post reported. The company has also pledged to “protect the public conversation around Covid-19.”

In one deleted tweet, Clarke told his 900,000 followers that the closure of bars and restaurants to prevent the spread of the virus were part of an “orchestrated attempt to destroy capitalism,” and urged businesses to “defy the order.” He called the illness nothing more than the “damn flu.”

Another tweet called on Americans to “TAKE...TO ...THE...STREETS. That is the battlefield the LEFT has defined. I will no longer sit back and watch the destruction of this great republic over the FLU.”

Yet other Clarke tweets promoting conspiracy theories remained. In one, he suggested that “hysteria” over the pandemic was being fueled by Jewish billionaire George Soros. The liberal philanthropist is a frequent target of anti-Semitic attacks.

Not ONE media outlet has asked about George Soros’s involvement in this FLU panic. He is SOMEWHERE involved in this.

Clarke also urged people to go to bars and restaurants and to demand that schools remain open, directly contradicting advice from national health experts on how to help stem the spread of COVID-19.

Clarke, a favorite of President Donald Trump, infamously called in 2016 for “pitchforks and torches” as he claimed the presidential election was rigged against Trump.

Clarke announced in May 2017 that he was joining the Department of Homeland Security as assistant secretary. But he said he withdrew his acceptance of the job after it emerged he had reportedly plagiarized parts of his college masters thesis on security, according to evidence uncovered by CNN.