Robert Kraft respects Tom Brady's decision to leave Patriots: 'I love him like a son' 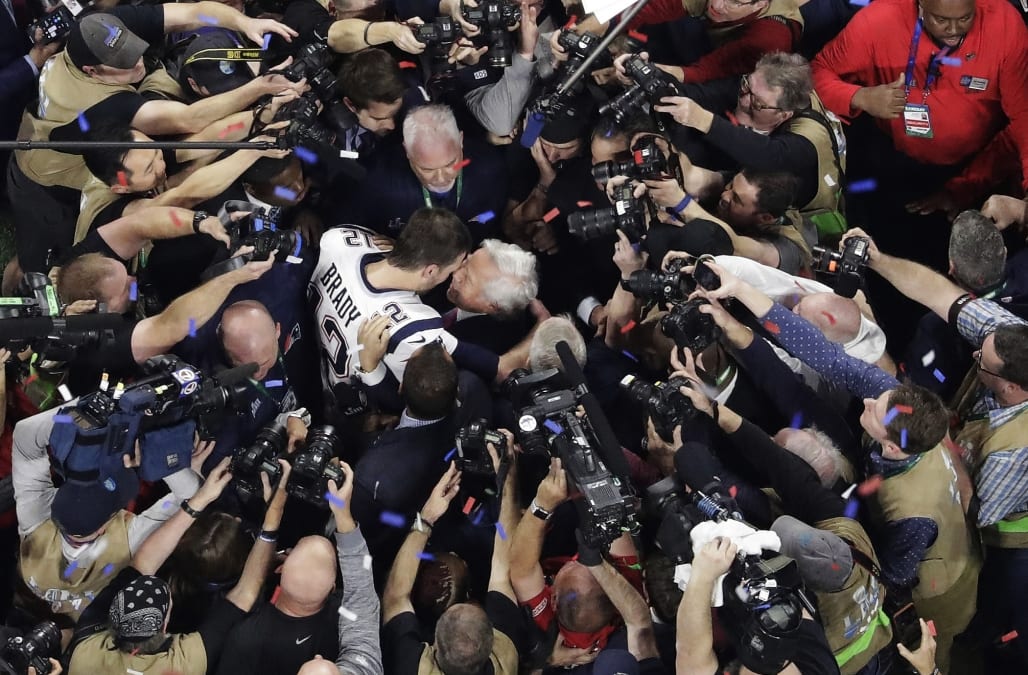 Tom Brady announced to a shocked world on Tuesday morning that he’s decided to leave the New England Patriots, the only NFL team he’s ever known, and play for a different, as-yet-unknown team.

It’s not known exactly when Brady made his decision, but he decided that Monday night was the time to tell Robert Kraft, owner of the Patriots, that he was leaving.

Robert Kraft to ESPN: "Tommy initiated contact last night & came over. We had a positive, respectful discussion. It's not the way I want it to end, but I want him to do what is in his best personal interest. After 20 years with us, he has earned that right. I love him like a son"

Kraft is disappointed, but he respects Brady’s decision. And it’s certainly been a long, twisty journey between the end of the Patriots’ season and Brady’s big announcement. Let’s take a look back at how we got to this point.

Brady’s restructured contract got him a raise for 2019, but included a clause that would allow him to void the agreement at the end of the season and forbid the Patriots from using the franchise or transition tag on him. Even back in August, Brady was interested in experiencing free agency.

Two days later, it was reported that Brady and his wife had put their only Massachusetts residence up for sale.

This was supposed to be an easy win for the Patriots, but instead it was the start of Brady’s ugly on-field end in New England. Before the game started, was barely any question that the Pats would clock the comical Miami Dolphins and cruise to a first-round bye in the playoffs.

And then the game actually started. Brady gave a dismal performance and the team seemed to unravel around him. The Patriots lost their regular season finale 27-24, and they lost their first-round bye, too.

If the Patriots had managed to beat the Dolphins, they could have avoided this game. Instead, Brady looked off and so did his receivers. The Pats were eliminated after the Titans beat them 20-13, and Brady’s final play in a New England uniform was an interception with just 15 seconds left.

Several days after the wild-card loss, Brady posted a thank you to his fans and teammates on Instagram. He ended it with “I know I still have more to prove,” announcing his intention to continue playing in the NFL at age 42.

TMZ yelled some questions at Robert Kraft in late January, leading Kraft to say that the Patriots “plan” to bring Brady back into the fold. It’s clear the Patriots want Brady, but does Brady want the Patriots?

Neither Brady or Kraft said anything publicly in February, so rumors started piling up. The Patriots were reportedly willing to extend themselves and sign Brady to a $30 million contract, but that didn’t stop rumors that teams like the Titans, Raiders, Chargers, and Buccaneers were all interested in Brady’s services. It seemed like everyone wanted Brady, but he stayed mum on where he wanted to go.

Brady’s name of course came up at the NFL scouting combine. Buccaneers head coach Bruce Arians said he was interested in Brady as “door number two” — an option to improve on Jameis Winston at quarterback.

Brady and Patriots head coach Bill Belichick reportedly had their very first conversation about Brady’s contract in early March, and it didn’t go well. While there were conflicting reports that the call was just “business as usual” between the famously gruff coach and his franchise quarterback, Patriots fans began to worry.

The decision to retain Brady was reportedly up to Belichick, but it doesn’t seem like he got the chance to even come to one. Brady went to Kraft and revealed that he’d decided not to return to the Patriots, ending his 20-year run with the franchise.