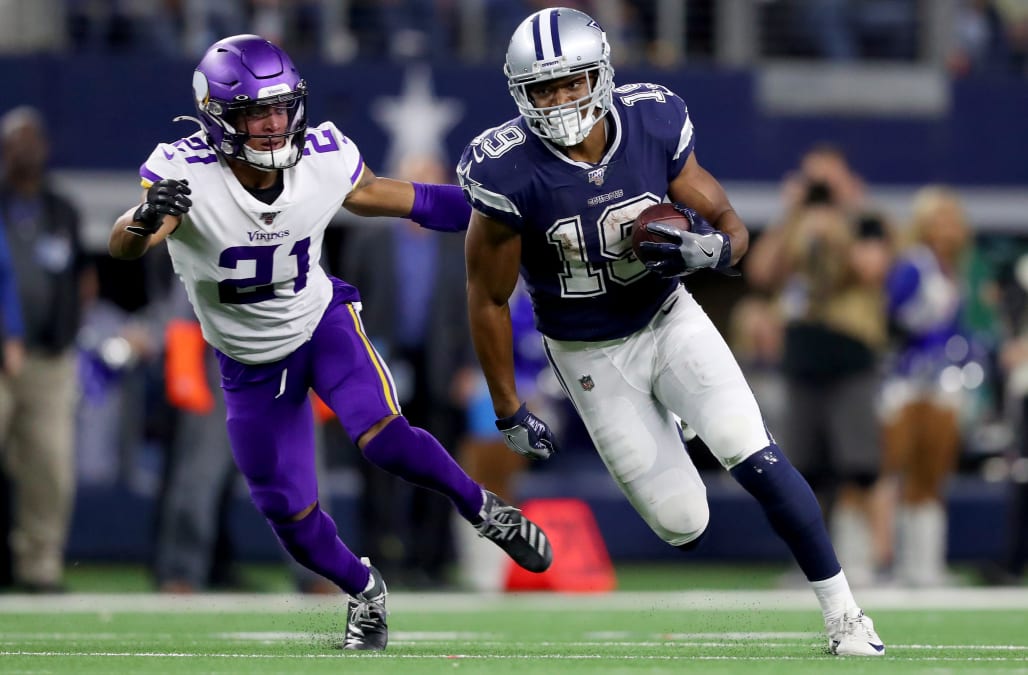 Amari Cooper is staying in Dallas, and he’s getting a big-time deal out of it.

The Pro Bowl wide receiver intends to sign a five-year, $100 million deal with the Dallas Cowboys, according to ESPN’s Adam Schefter.

The deal includes $60 million guaranteed, according to NFL Network’s Ian Rapoport. The deal’s average annual value of $20 million puts it only behind Julio Jones’ $22 million in the history of NFL wide receiver salaries, per Over The Cap.

In order to make room for the deal, the Cowboys restructured the contracts of running back Ezekiel Elliott and offensive tackle La’El Collins, according to ESPN’s Field Yates.

The agreement means that the Cowboys will hold onto their trio of Cooper, Elliott and quarterback Dak Prescott after hitting the latter with the franchise tag, holding him back from what would have been a highly lucrative free agency.

Cooper would have been top WR in NFL free agency

Like Prescott, Cooper was also set to hit free agency, and would have been the most attractive wide receiver on the market at only 25 years old and coming off a season of 79 receptions, 1,189 yards and eight touchdowns.

One of the teams that was reportedly interested in Cooper: the Cowboys’ rival Washington Redskins.

Here’s a twist: the Washington Redskins pursued Amari Cooper today and tried to pry him away. Dallas prevailed. https://t.co/DNuD48VV0B

Previously an infuriating player during his time on the Oakland Raiders, Cooper experienced a career renaissance after the Cowboys acquired him for a first-round pick in the middle of the 2018 season. Cooper immediately meshed well with Prescott, and gave the Cowboys a modern-day version of their famous triplets on offense.

Cowboys owner Jerry Jones has consistently said he intends to keep that trio together. This deal means he’s two thirds of the way there, as Elliott is under contract through the 2026 season. The team still needs to figure out a long-term deal with Prescott, and the two sides have reportedly been far away in negotiations.

The Cowboys haven’t been able to re-sign everyone though. Though they did retain starting tight end Blake Jarwin, star cornerback Byron Jones agreed to a record deal with the Miami Dolphins.