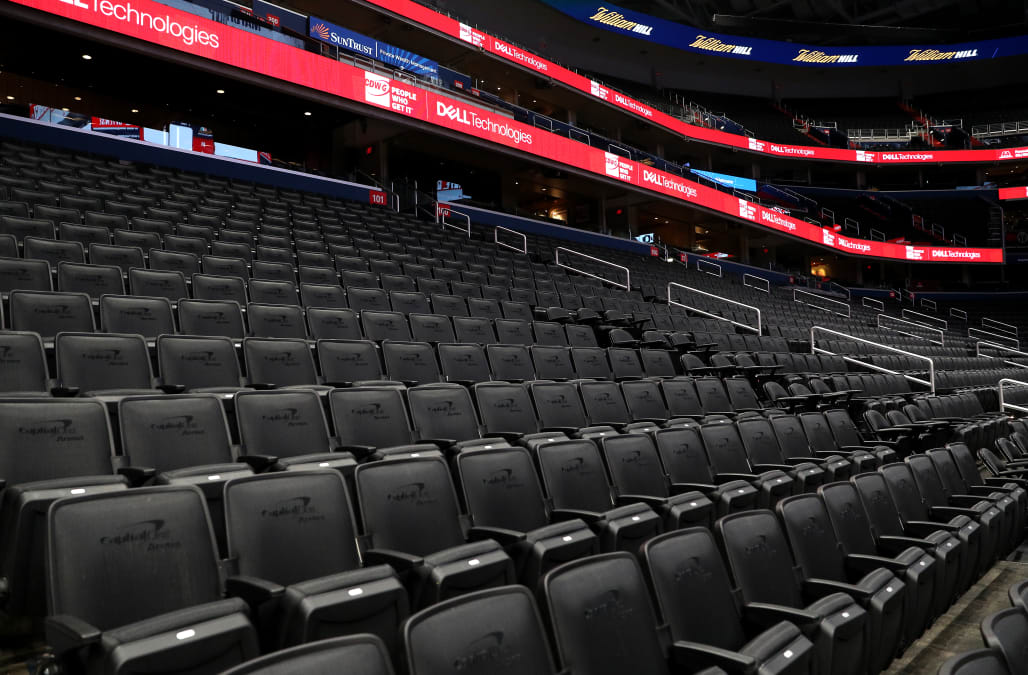 It could be a long time before we’re seeing NBA games again. And even longer if we want to see them in person.

As the Center for Disease Control and Prevention recommends not holding events of more than 50 people for at least eight weeks, a group of NBA owners and executives believe the best-case scenario for the league is a mid-June return date with no fans in attendance, according to ESPN’s Adrian Wojnarowski.

The league is also reportedly scouting for possibly arena dates through August, signaling we might be looking at a delayed NBA Finals.

CDC recommendation of no events of 50-plus people for next two months comes as a number of NBA owners and executives increasingly believe a best case scenario is a mid-to-late June return to play -- with no fans. League's scouting for possible arena dates all the way thru August.

The NBA has previously announced that it would reevaluate its hiatus in 30 days.

Additionally, Wojnarowski reports that the NBA will soon provide financial projections to owners on lost revenues based on three different scenarios:

Whatever happens, the losses will reportedly be reflected in next year’s salary cap.

For now, the reported working plan is for games to return without fans and in potentially smaller venues. Teams have reportedly been asked to provide the league potential dates at venues like team practice facilities. Such a measure would likely make the sight of a game played in enormous, empty arenas a little less jarring.

In yet another indication that the NBA will be gone for a while, the league has reportedly told its teams that players are allowed to leave their market.

The NBA has informed its 30 teams that, effective Monday, players are able to travel out of market with consultation from their respective teams, sources tell @TheAthleticNBA@Stadium.

That expectation of the NBA goes even farther than what the CDC recommended on Sunday.

Therefore, CDC, in accordance with its guidance for large events and mass gatherings, recommends that for the next 8 weeks, organizers (whether groups or individuals) cancel or postpone in-person events that consist of 50 people or more throughout the United States.

Such a measure isn’t a surprise given the spread and pervasiveness of the latest coronavirus outbreak, and you can imagine sports leagues will at least factor in the CDC’s advice before starting up their seasons again.

American sports leagues to suspend or cancel their seasons include the NBA, NHL, MLB, MLS, PGA Tour, NCAA, and XFL. The most visible holdout remains the UFC.