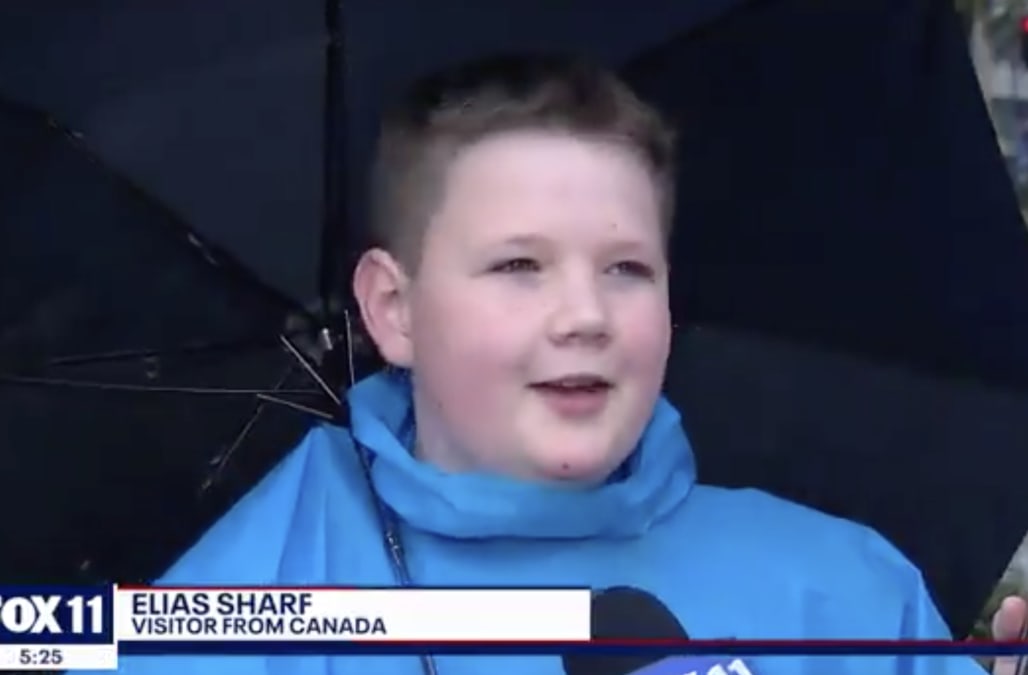 An 8-year-old Canadian boy gave an instantly iconic response to a reporter during a segment on Disneyland’s recent closure over coronavirus concerns.

Elias Sharf, an uncharacteristically sophisticated child who was just trying to visit Disneyland with his family, shared disappointment over his canceled plans with KTTV reporter Rick Lozano outside of the California park on March 13.

“It’s closing for the whole month and we come from Canada. Took a long trip to get here,” a very calm Elias lamented, before sipping his Starbucks drink.

The legendary interview went viral after Arash Markazi, a sports columnist at the Los Angeles Times, shared a clip of it on Twitter, calling it “the best thing I’ve seen today."

This Canadian kid's response to not being able to go to Disneyland this weekend is the best thing I've seen today. 😂 pic.twitter.com/wrXfaQmCdo

“I’d like to think he took a drag of his cigarette a couple minutes later as he talked about missing out on ‘It’s a Small World,'” the columnist added.

Naturally, the mature-beyond-his-years Elias was an instant hit among Twitter users.

“I felt what he was saying when he took the sip,” another user wrote.

I felt what he was saying when he took the sip pic.twitter.com/XfGchfT8wu

“Outside of the hockey rink, this is the maddest any Canadian is capable of being,” joked another. “Nuclear-level mad. Livid. This is how Canucks absolutely f****** lose it. Murderous Canadian rage.”

After the clip racked up over 5M views over just one weekend, Markazi got in touch with Elias’s father, Forrest Scharf, who seemed to be getting a kick out of his old-timey son’s newfound fame, and even said the youngster would like to meet with the writer one day.

“If we come back to Southern California in the near future, I’ll get in touch,” he wrote. “Elias would enjoy meeting the person that got him in the spotlight.”

UPDATE II: The column I’m most looking forward to writing in 2020 is going to Disneyland with Elias and his family. That day can’t come soon enough. pic.twitter.com/oLyQ5TjYa7

This $35 rain hat fully protects your hair in humidity, drizzle or downpour

This overnight face mask can give you the ultimate glow