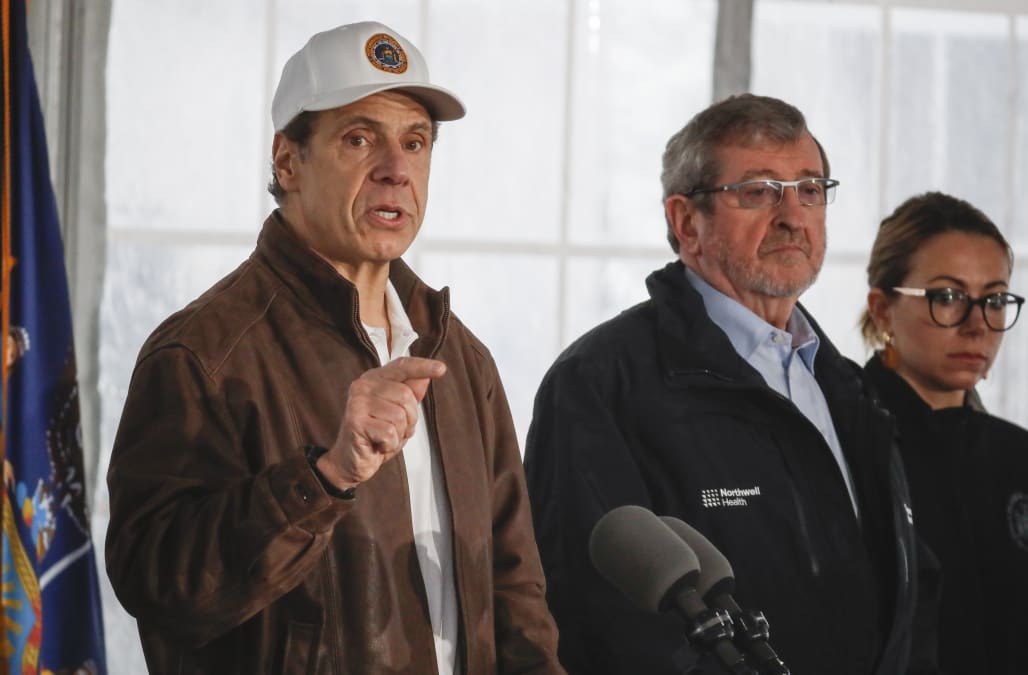 New York City will close public schools, and as U.S. cases of the new coronavirus climb well past 3000, states and cities are ordering bars and restaurants to close in an effort to encourage social distancing and try to stem the outbreak.

A spokesperson for Cuomo made the announcement about schools on Sunday evening.

Schools will close in NYC early this week; Nassau/SUFFOLK/Westchester tomorrow

Ohio governor Mike DeWine announced Sunday he has ordered all bars and restaurants in the state to shut down service beginning at 9 p.m. this evening.

"How long will this order be in effect? We don't, frankly, know," DeWine told reporters Sunday. "It will be in effect for as long as it needs to."

DeWine said carryout and delivery services were not included in the order, and said his administration is working to help small businesses that will inevitably suffer because of the closures.

Ohio’s decision comes as other states are putting in place similar protocols. On Sunday, Illinois governor J.B. Pritzker ordered bars and restaurants in the state to close from March 16 to March 30. On CNN Sunday, Los Angeles mayor Eric Garcetti said he plans to enact a similar policy in his city.

Boston mayor Marty Walsh ordered bars, restaurants and clubs to cut their capacity in half by removing tables and chairs to encourage social distancing, said beer gardens cannot open until the crisis passes, and said lines should not form outside, according to NBC Boston. He also loosened rules applying to takeout.

“We are basically allowing every single establishment that serves food in the city of Boston to serve takeout," Walsh said.

Washington D.C. mayor Muriel Bowser also announced a series of protocols restaurants and bars must follow, including limiting service to tables of six peoples or less, ensuring patrons are seated at least six feet apart at tables and booths, and ordering nightclubs and multi-purpose facilities to suspend operations.

The efforts by states and cities are meant to force more people to participate in social distancing, one of the best ways to slow the spread of a virus and minimize its effects on the most vulnerable populations.

“"The best tool we have right now in this response is to give individuals breathing room from one another," Jason Schwartz, an assistant professor in the department of health policy at the Yale School of Public Health, previously told NBC News. "This is really critical."