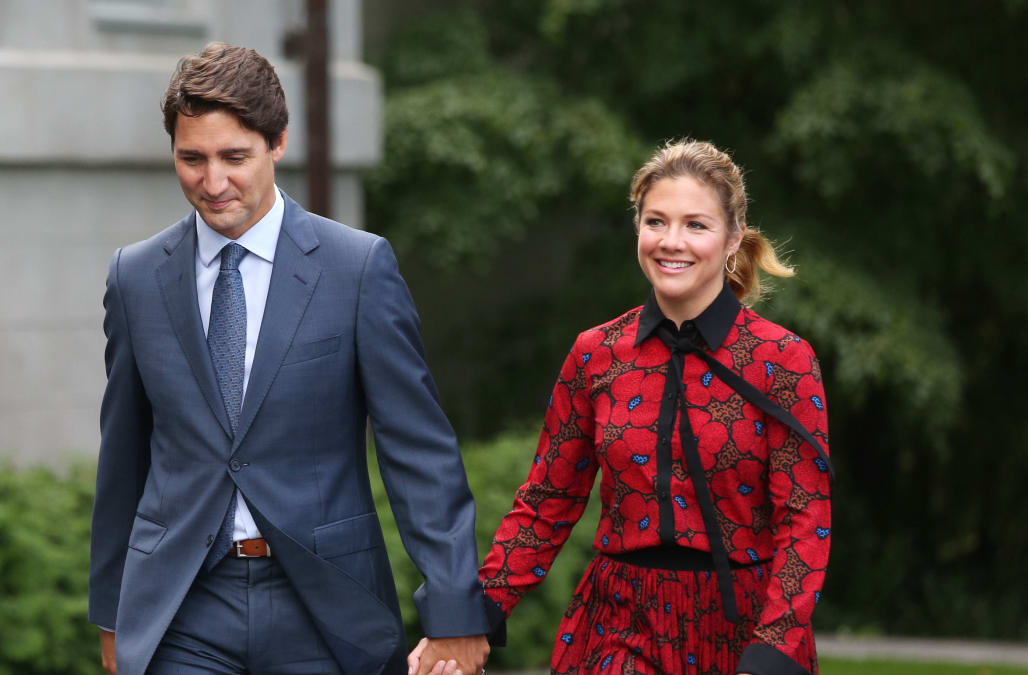 Sophie Grégoire Trudeau, the wife of Canadian Prime Minister Justin Trudeau, tested positive for the coronavirus after speaking at massive event in London and posing for pictures alongside numerous celebrities including Idris Elba and Lewis Hamilton.

Grégoire Trudeau's symptoms — a fever and mild flu — developed back in Canada after her attendance on March 4 at WE Day 2020 at The SSE Arena, Wembley.

This was a youth empowerment event where she addressed around 18,000 young people from the stage and potentially had contact with numerous of the event's high-profile speakers.

Other speakers at the event included Idris Elba, the British TV chef Jamie Oliver, Formula One driver Lewis Hamilton, the model Adwoa Aboah, and the actor Gwendoline Christie, who played Brienne of Tarth from "Game of Thrones."

At the event she posed for a picture alongside several others, including former Canadian First Lady Margaret Trudeau, Idris Elba, and Lewis Hamilton, which she later posted to Instagram.

The conditions of other celebrities and guests at the event are not known.

A post shared by Sophie Grégoire Trudeau (@sophiegregoiretrudeau) on Mar 5, 2020 at 8:45am PST

Justin Trudeau announced on Thursday that Grégoire Trudeau had tested positive, has mild symptoms, and is in quarantine.

He also said that he would self-isolate for 14 days and will continue to conduct business, including meetings about the coronavirus crisis response, over digital channels.

He currently has no plans to be tested for the virus, the BBC reported.

I have some additional news to share this evening. Unfortunately, the results of Sophie’s COVID-19 test are positive. Therefore, she will be in quarantine for the time being. Her symptoms remain mild and she is taking care of herself and following the advice of our doctor.

A number of high-ranking politicians, including Australian Home Minister Peter Dutton and UK Health Minister Nadine Dorries, have tested positive for the coronavirus. Some top officials in Iran have also died of the disease.

There are currently 117 confirmed cases of the coronavirus in Canada.

WE Charity, which organizes the WE Day events, posted a statement saying it has canceled all forthcoming events including those planned in Illinois, Baltimore and California and will continue its mission through online events.