White House can't get its stories straight on coronavirus 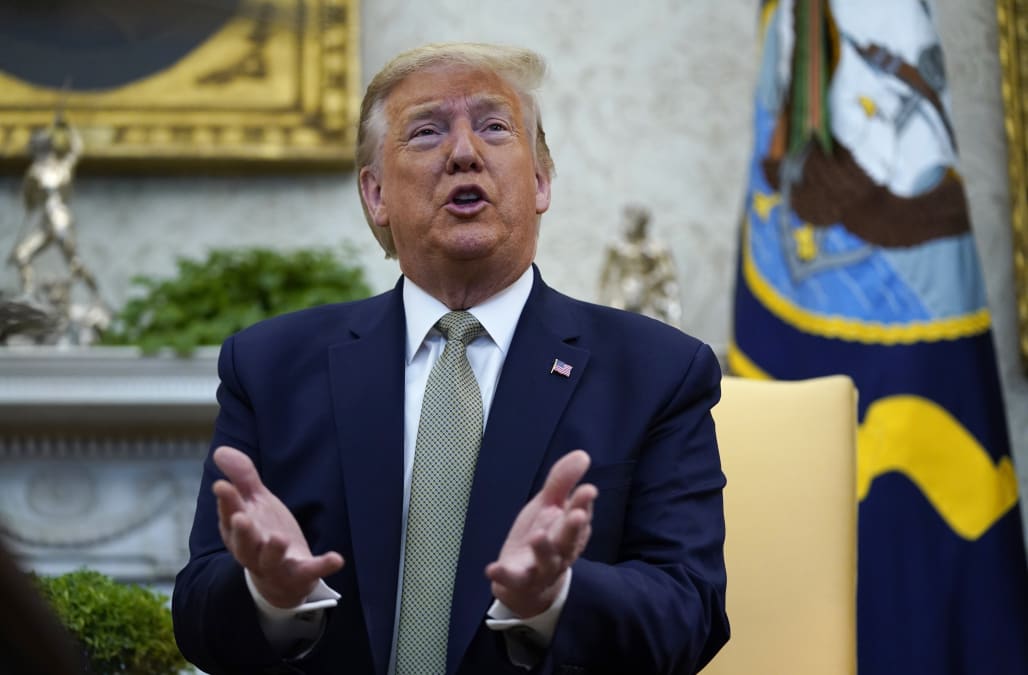 On Wednesday night, with markets tumbling and concern spreading about the coronavirus pandemic, President Trump delivered a prime-time address from the White House to help calm nerves across the globe. On three central issues, however, Trump gave out misinformation that had to be corrected later, spreading panic everywhere from European airports to the financial markets. It was the latest in a series of confusing, misleading or inaccurate statements from administration officials on a matter of life and death to people in the U.S. and around the world.

Trump said the U.S. would “be suspending all travel from Europe to the United States for the next 30 days,” but within hours statements from the White House and Department of Homeland Security clarified that it did not apply to legal permanent residents, or immediate family members of U.S. citizens. The fear of being stranded in Europe resulted in a pre-dawn rush to airports in tourist meccas such as Barcelona by American travelers trying to book flights home.

Trump also said in his address that the restrictions would apply to “the tremendous amount of trade and cargo” across the Atlantic, but an hour later on Twitter he clarified that “the restriction stops people not goods.” The president also said that insurance companies were waiving co-payments for testing and treatment related to coronavirus, but a hospital and insurance lobbying firm told Politico there would still be costs for treatment.

It was not the first time inaccurate coronavirus information came from the White House. Last week, Vice President Pence had to correct Trump about the rules on testing. In a White House briefing, Trump said “anybody that needs a test gets a test” for coronavirus, a misleading statement at the time and still not the case. The Centers for Disease Control has badly lagged other countries in preparing a nationwide testing regime. Yet Trump repeated his claim on Thursday, stating, “Frankly, the testing has been going very smooth.”

Around the same time, across town on Capitol Hill, Dr. Anthony Fauci, who heads the National Institute of Allergy and Infectious Diseases and serves on the White House coronavirus task force, was telling Congress that testing was going anything but smoothly.

“The system is not really geared to what we need right now,” said Fauci. “This is a failing. It is a failing. Let’s admit it. The idea of anybody getting it easily the way people in other countries are doing it, we’re not set up for that.”

As of Thursday morning, the CDC was testing only 100 people per day, a small fraction of those seeking to be tested. Some additional tests were being administered by state public-health agencies and private laboratories, but still far below the rate of testing in other countries.

Trump has downplayed the virus since its earliest days. “We have it totally under control,” Trump said in January, adding, “It’s one person coming in from China. We have it under control. It’s going to be just fine.”

On Feb. 24, Trump tweeted, “The Coronavirus is very much under control in the USA. We are in contact with everyone and all relevant countries. CDC & World Health have been working hard and very smart. Stock Market starting to look very good to me!”

On Feb. 26, Trump said at a coronavirus briefing, “When you have 15 people, and the 15 within a couple of days is going to be down to close to zero, that’s a pretty good job we’ve done.”

As of Thursday the United States recorded 1,300 cases, with 38 deaths.