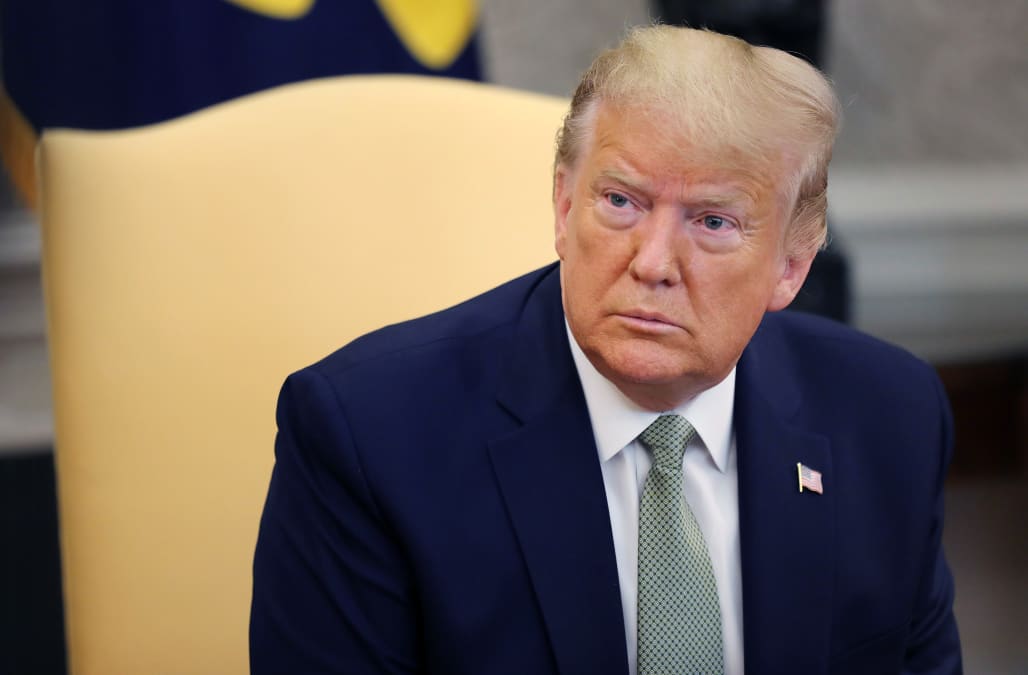 As the coronavirus spreads throughout the United States and authorities warn of mass disruptions to daily life, a new Yahoo News/YouGov poll shows that pluralities of Americans believe the threat has been exaggerated and that their peers have been overreacting to the actual risk posed by the disease — a result largely driven by skepticism among Republicans.

According to the survey, which was conducted on March 10 and 11 — before the NBA suspended its season and the president addressed the nation from the Oval Office Wednesday evening — only 16 percent of Americans said they are “very worried” about coronavirus. Another 41 percent said they are “somewhat worried,” while 43 percent said they are “not very worried” or “not worried at all.” Forty-four percent of Americans believe the threat is exaggerated; 38 percent said it’s not. And a larger percentage of respondents said that most Americans are “overreacting to the actual risks” (36 percent) than “behaving appropriately” (30 percent) or “underestimating the risks” (20 percent).

Overall, the poll found that Americans may not be adequately preparing for the upheavals of a coronavirus pandemic. The only behavior that a majority of respondents reported changing as a result of the virus was “washing their hands more frequently” (58 percent). Most Americans have not stopped shaking hands, purchased hand sanitizer, avoided crowded public places, worn a mask or stockpiled food and supplies. Of the 37 percent who had trips scheduled, 24 percent said they were continuing as planned; only 13 percent said they had canceled their travel.

Meanwhile, the vast majority of Americans (74 percent) said it was either “somewhat unlikely” or “very unlikely” that they will personally contract the coronavirus. A majority (55 percent) also predicted that fewer than 1,000 Americans would die from the disease, while almost half (46 percent) anticipated that a vaccine would be available by the end of 2020 — much sooner than expected by government experts, who have said a vaccine won’t be widely available for more than a year.

On Tuesday, the attending physician of Congress and the Supreme Court briefed Senate staff in a closed-door meeting and said that he believes 70 million to 150 million people in the U.S. will be infected with the coronavirus. Only a fraction of those are expected to show symptoms of the disease.

On each of these questions, the Yahoo News/YouGov poll found a striking partisan split.

Forty-eight percent of Democrats said they were following the coronavirus news very closely; only 32 percent of Republicans said the same.

Twenty-nine percent of Democrats said the threat is exaggerated; among Republicans, that number was nearly 30 points higher (58 percent).

Seventy-four percent of Democrats said they are worried about the virus; only 45 percent of Republicans agreed.

Fifty-eight percent of Democrats predicted coronavirus would spread to the entire country; only 28 percent of Republicans agreed.

Most Democrats echoed the authorities in saying that the U.S. death toll would top 1,000 fatalities (55 percent) and that no vaccine would be available this year (61 percent). Most Republicans said the opposite, with 66 percent predicting fewer than 1,000 fatalities and 57 percent saying a vaccine would arrive in 2020.

Geography and demographics may play a part in this divide; so far, most coronavirus cases have been detected in blue states such as California, Washington and New York. But recent reports in the New York Times and the Atlantic have also suggested that President Trump’s efforts to downplay the pandemic — amplified by conservative media sources such as Fox News and Rush Limbaugh — are likely contributing as well.

The poll supported this thesis. Sixty-nine percent of 2016 Trump voters said the threat of coronavirus was exaggerated (11 points higher than the overall number among Republicans) and only 37 percent of 2016 Trump voters said they were either very worried or somewhat worried (8 points lower than the overall GOP number). Republicans older than 65 in particular were an outlier: only 10 percent of them said they were very worried about coronavirus, about 15 points lower than the number of older Democrats who said the same. Nearly every issue in American life has been politically polarized in recent years, and COVID-19 is no exception.

As for Trump, the poll found that Americans give the president and his administration relatively poor marks, with pluralities saying the administration is not doing everything it can to stop the virus (44 percent no vs. 37 percent yes) and that they disapprove of Trump’s handling of the crisis (46 percent disapprove vs. 41 percent approve).

Predictably, Democrats are the least impressed. Only 18 percent approved of Trump’s handling of the crisis and said they are satisfied the administration has been doing everything it can to stop the coronavirus; only 11 percent said the administration was adequately prepared and that they trust Trump to be honest.

When asked the same questions, independents tended to agree — and even Republicans expressed concerns. Across the board, only a quarter to a third of independents said the administration was adequately prepared (26 percent) and doing everything it can to stop the virus (30 percent); similar numbers said they trust Trump to be honest (26 percent) and approve of his handling of the crisis (35 percent). Among Republicans, those numbers were much higher: 63 percent, 74 percent, 73 percent and 84 percent, respectively. But they were also significantly lower than Trump’s overall approval rating among Republicans, which tends to hover above 90 percent.

Americans gave the media higher marks than the administration — though partisanship colors their responses here as well. A plurality of Americans (41 percent) said the coronavirus coverage has been “mostly accurate”; only 24 percent said it has been “mostly inaccurate.” And nearly half (46 percent) said the coverage has been “excellent” or “good.” Republicans, however, do not agree, with 57 percent saying the media has given the coronavirus too much attention, 52 percent rating the coverage “fair” or “poor” and 31 percent declaring it “mostly inaccurate."

More from Yahoo News:
Only 6,563 Americans have been tested for the coronavirus so far
Pence vows to follow 'the science' on virus response
CDC : Save respirator masks for health care workers