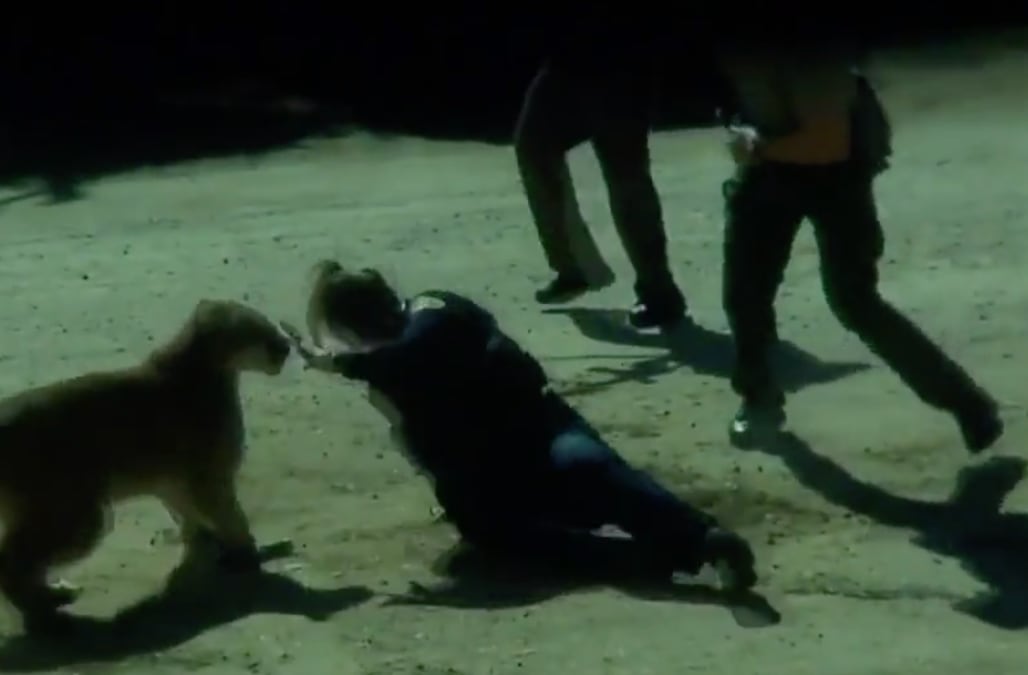 LOVELAND, Colo. (AP) — A mountain lion attacked a person in northern Colorado on Wednesday and bit a sheriff's deputy who was responding to help, authorities said.

Both victims were taken to a hospital and were expected to recover, Larimer County Sheriff's Office spokesman David Moore said. Officials didn't release details about the victims' injuries but witnesses said the deputy was bitten on the shoulder.

The attack happened at an RV park in Big Thompson Canyon near Loveland, an area north of Denver that features prominent cliff walls and is popular with anglers and kayakers.

Officers shot and killed the mountain lion. Colorado Parks and Wildlife tweeted that samples from the lion will be collected to test for disease and to analyze its DNA.

Mountain lion
Cougar, Mountain Lion (Puma concolor) at waterfall, Rocky Mountains, Colorado, North America
The snow-capped peaks of Klimanjaro looms over a young lion (Panthera leo) in Amboseli National Park KENYA
Mountain Lion (cougar, puma, panther) Felis concolor, jumping from rock to rock, controlled situation on a private ranch outside of Yosemite, CA. USA
Mountain Lion (Felis Concolor)
Cougar jumping from a boulder
Houston, Texas.
The Mountain Lion also known as the Puma or Cougar. Like almost all cats, the cougar is solitary and, excepting brief mating couples, only mothers and kittens live in groups. It is a secretive animal, most active around dawn and dusk. Studies show dense underbrush is preferred by the cat, but it can live with little vegetation in open areas.
Stuffed Puma
Female mountain lion (Felids concolor) carrying cub in mouth, Canyonlands National Park, Utah, USA.
A mountain lion lying atop a rocky ledge. MT
Up Next

“To see the mountain lion coming right at us was pretty spooky,” said Tim Satterly, adding that he saw the lion bite the deputy on her shoulder.

That's when officers fired at the animal and eventually killed it, Moore said.

Satterly said a bullet punctured the sewer pipe drain of his trailer, and a bullet ricocheted off the axle.

Another witness, Gregory Scot Paul, said he saw the mountain lion lunge at the deputy.

“If she hadn’t put her arm up, I’m pretty sure it would have gotten her neck,” he said.