Mom 'never anticipated' the reactions to her side-by-side photos 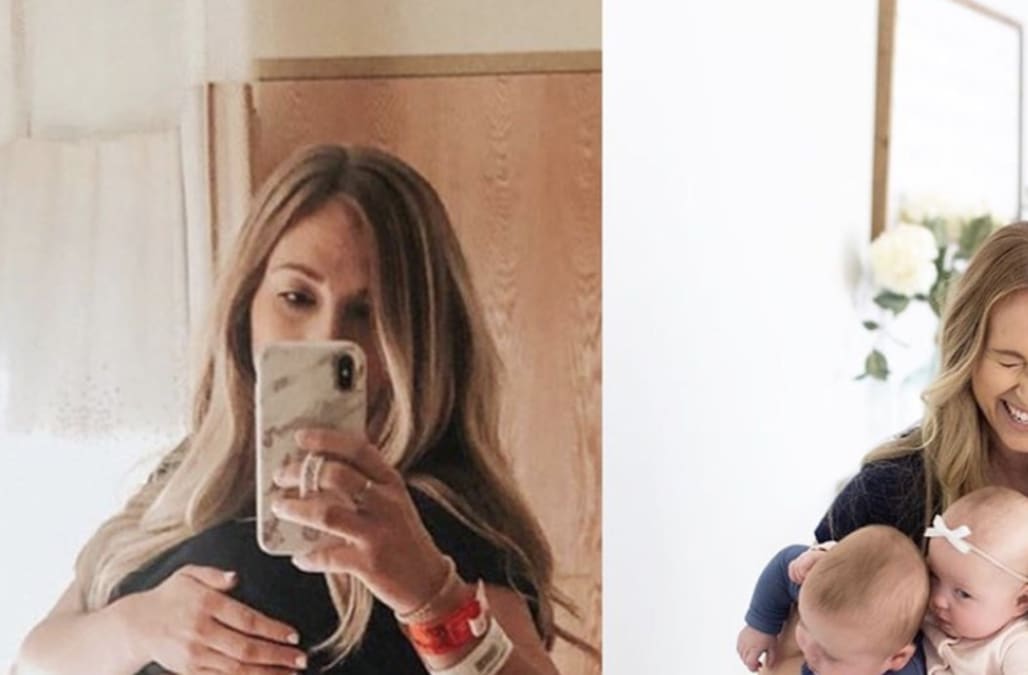 A New Jersey mom told “Good Morning America” that she was shocked by the response to her side-by-side photos on Instagram.

Lindsay Hay posted a photo of herself pregnant at 30 weeks and four days with her quadruplets next to a photo of her 30-week-and-four-day-old babies in her arms.

IN & OUT DAY! I carried these sweet babies for 30 weeks and 4 days on the inside and here they are at 30 weeks and 4 days on the outside! Full hands, full heart is an understatement! They have surpassed every hope and dream I had envisioned during my pregnancy and even though time is passing quickly I know the best is yet to be. Behind these babies are new marks, rolls, and skin you can’t see but they also came with new strengths I didn’t have before either. We have been so BLESSED and I won’t ever let myself take this life for granted. 💛 #strongasamother

“It was something I had envisioned doing during my pregnancy should I get the opportunity to bring four healthy babies home but I never anticipated it to gain viral attention,” Hay said.

The journey to birthing four happy babies was long for Hay. She had to go through rounds of hormone injections and suffered from lost pregnancies and poor egg quality.

“We have been so BLESSED and I won’t ever let myself take this life for granted,” Hay captioned on the Instagram post.

There was a lot of sweet, positive feedback on the post with other mothers talking about their pregnancies and kids.

“The female body is amazing. Congratulations on your beautiful healthy babies,” wrote one Instagram user.

“Ugh choked up!!” another user commented. “This is beautiful. You’re one strong mama.”

As with most social media — even when positive — there were a couple of trolling comments which Hay said she brushed off with a laugh.

“While we’ve had some rude responses like people calling it ‘grotesque,’ or saying ‘they’d end it all if that was them,'” Hay said. “We actually read through those comments and laugh because, to us, we hit the ultimate jackpot.”

The odds of naturally conceiving quadruplets are one in 11 million to 15 million.

This $25 eye cream can help combat puffiness and dark circles

The post Mom speechless over response to her side-by-side photos appeared first on In The Know.