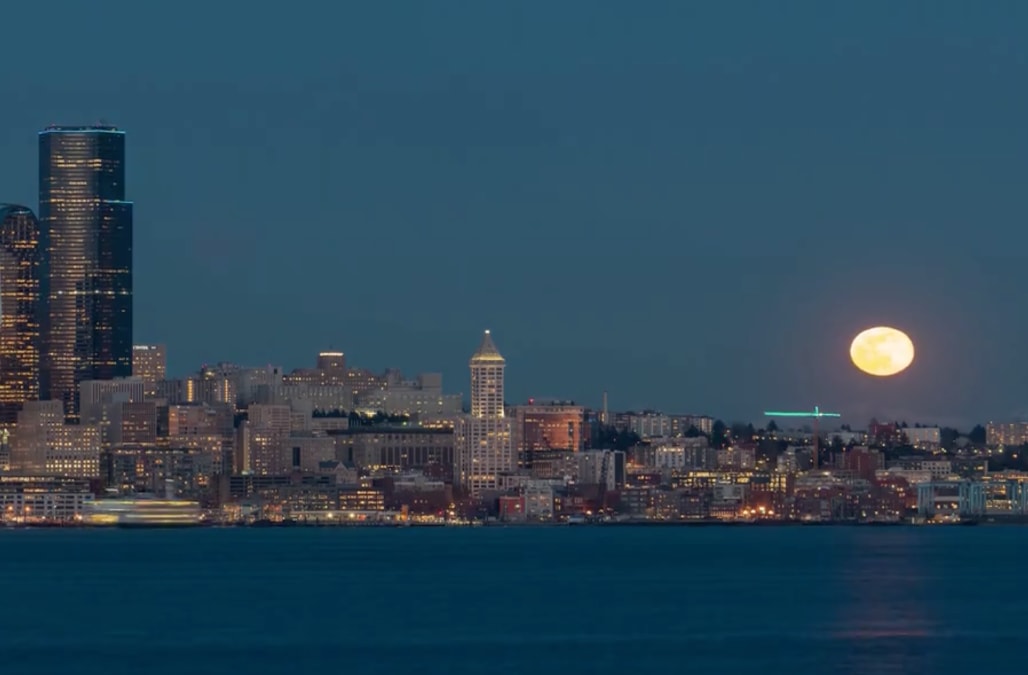 This incredible time-lapse footage captures a super moon rising above the Seattle skyline on Monday, March 9th. The "super worm moon," also known as the "full worm moon," signifies the last full moon of the winter. Super moons that occur in March are nicknamed the "worm moon" because that's the time of year when earth worms tend to emerge from the ground as it begins to thaw from the departing cold of winter. This particular celestial event also marks the first of three super moons this year, with one in April and another in May, according to ABC News.

See the moon light up the Seattle sky above.

More from Aol.com:
Rescue puppy gets adopted thanks to goofy, internet-famous smile: ‘The sweetest thing ever’
11-year-old gets ‘Star Wars’-themed surprise after receiving bionic arm: 'May the Force be with you'
Custodian in tears following school’s heartwarming gesture: 'I love these people up here'