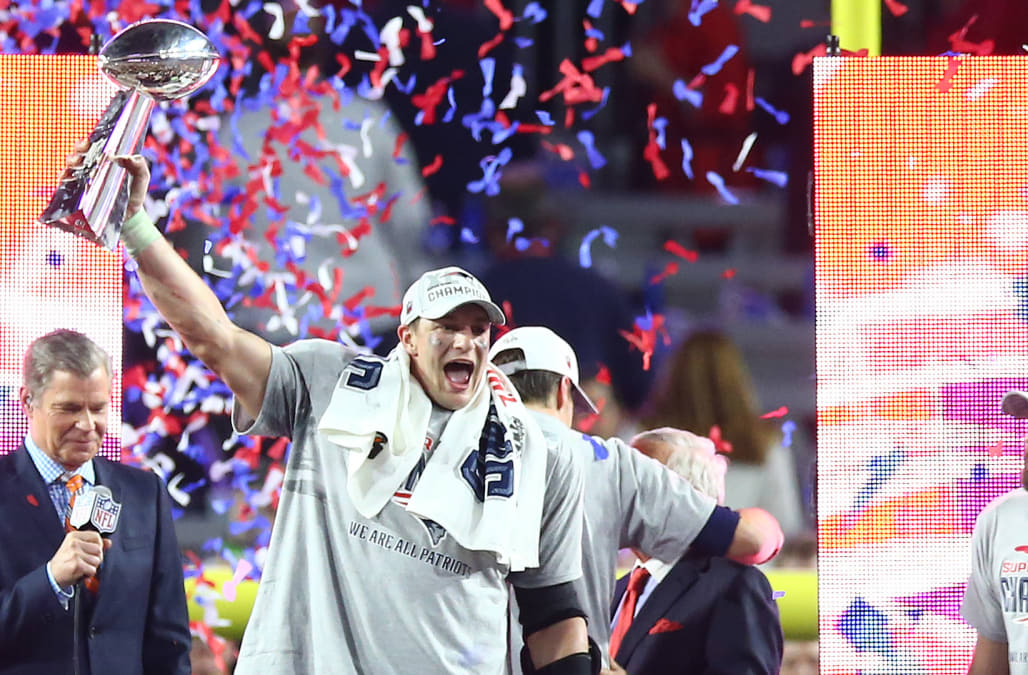 Rob Gronkowski is making a comeback.

The longtime New England Patriots tight end is apparently closing in on a deal with the WWE, according to Wrestling Sheet’s Ryan Satin.

The terms of that deal are not yet set, and it’s unlikely that Gronkowski will be a regular face each week. According to Satin, however, the 30-year-old could make his debut later this month at Friday Night SmackDown in New Orleans.

Gronkowski has delved into the WWE world in the past, and made an appearance at WrestleMania 33 in 2017 where he fought alongside Mojo Rawley at the Andre The Giant Memorial Battle Royal.

He and Patriots coach Bill Belichick were seen at a Super Bowl party last month with Rawley, Triple H and others in Miami, too.

Thanks for the invite to the Beach Party @RobGronkowski ... maybe you should come to our party in Boston ... heard it’s the biggest of the summer. @StephMcMahonpic.twitter.com/eRQ8z0UmQI

Gronkowski played in the league from 2010-2018, racking up more than 7,800 yards and 79 touchdowns while winning three Super Bowls with the Patriots. The future Hall of Famer worked as an NFL analyst on Fox this past season.