Passive-aggressive behavior of Tom Brady and Bill Belichick is setting up a cold, silent ending 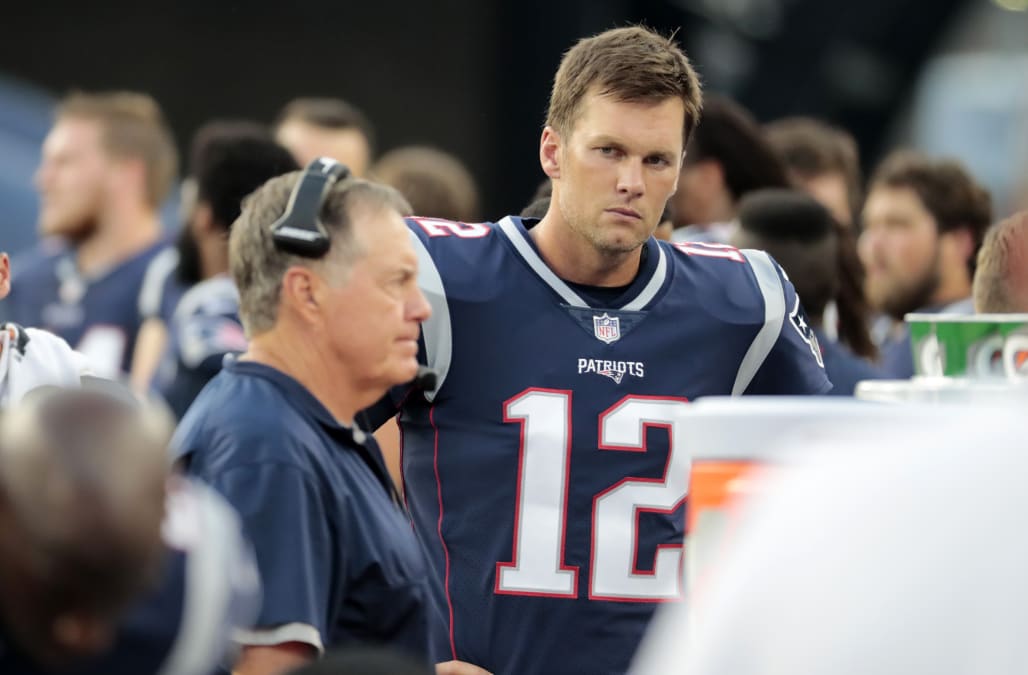 When the story dropped this week about Tom Brady’s latest Los Angeles-related venture, it thumped into the free agency grist mill like a tactically lobbed hand grenade — just six days from the legal tampering window for NFL teams and right into the center of see-sawing rumors about the future plans of the iconic New England Patriots quarterback.

The timing, as with so many recent incidents that have stoked Brady speculation, was impeccable and impossibly coincidental.

The 199 Productions announcement, which rolled out in the Hollywood-centric media outlet Deadline, had a familiar and very planned residue to it. Just days from his prospective freedom as a football player, Brady posted an image of the story on his Instagram, giving a little wink toward Los Angeles in the middle of a coming courtship that will most certainly involve the Chargers. So Brady is going into the content business and it’s going to have a Hollywood orbit. What a shocking development to learn on the doorstep of Brady’s pending free agency (insert eye-roll).

And lest we forget, this comes a little over a week after Brady and Patriots wideout Julian Edelman were conveniently “caught” (in the middle of a packed Syracuse basketball crowd) FaceTiming with Tennessee Titans coach Mike Vrabel. The same Vrabel who is both a close friend of Brady and another highly speculated free agent suitor in the coming days.

We can see these kinds of things as turns of chance, or we can see them as extensions of a player who seems to say a lot without ever using words. The guy who structured his last contract to void his way to free agency, then subsequently put his $39 million house on the market. The guy who had little to say about the Patriots’ messy ending with wideout Antonio Brown, then proceeded to publicly cheerlead for Brown on social media for months (all while New England’s passing offense was coming apart at the seams). And going back to March 2018, the guy who rarely expressed his football frustrations as succinctly as his wife, Gisele Bündchen, did in the finale of the “Tom vs. Time” documentary, when she made a statement that seems to still echo: “These last two years have been very challenging for him in so many ways. And I think he just wants — he tells me, ‘I love it so much and I just want to go to work and feel appreciated and have fun.’”

Tom Brady figures out a way to say a lot. Sometimes by his own actions and sometimes by allowing the actions of people around him to stand as a message. And that’s part of the problem that’s happening now. Because when you speak to sources that have relationships with Brady and Bill Belichick, it’s not hard to see where this impasse is coming from.

When it comes to committing to each other in 2020 and beyond, the communication between Brady and Belichick is slamming into a forcefield of passive aggression. This is why so much of the insight about the pair in the past month has circled on how they’re speaking — or not speaking — to each other.

To accomplish that, you have to actually speak to each other with a willingness to say clearly how you feel and what you want. It can’t be one guy building the bridge to communicate while the other watches. If they want to continue to work together, they both have to start on their opposing shores and build their half of the bridge toward each other.

That means Tom Brady needs to be willing to articulate to Belichick precisely what he wants — contractually, emotionally, psychologically, whatever. If he needs $30 million a year, say it. If he wants Belichick to make some kind of emotional purchase into who Brady is as a person, lay it out.

Conversely, Belichick has to be willing to hear Brady and explain clearly what he’s willing to do or not do. If it’s just about the economics of football and being his coach, that has to be put into words. If Brady is nothing but a spoke on a wheel, then make it clear and be done with it.

If Brady and the Patriots are going to stay together, what can’t happen is the scenario playing out right now. The one where neither side is really saying anything directly or clearly to the other, while both wait for some kind of extended hand of diplomacy that isn’t coming. All while Belichick shrugs and Brady keeps telegraphing the parts of his life that align in locales outside of Massachusetts.

If that’s the permanent track here — if they’re stuck in this zone of passive-aggressive, staring-but-saying-nothing — then Brady is going to end up entering free agency. And there will be teams willing to whisper all the sweet nothings that Belichick won’t. They’ll also pay more money than the Patriots, too, with every day going forward standing as Tom Brady Appreciation Day.

The Tampa Bay Buccaneers and Los Angeles Chargers will do that. Maybe the Titans and San Francisco 49ers would be on board with it, too. Make no mistake, one of those four teams — or maybe all of them — are positioned to step in between Brady and Belichick. If the Patriots weren’t in serious peril of having this dynamic and historic pairing come to an end a few weeks ago, the franchise is there now. It’s to the point where everyone involved needs to say whatever is still meaningful, or this is going to end in the worst way possible.

In unimaginable and indefensible silence.