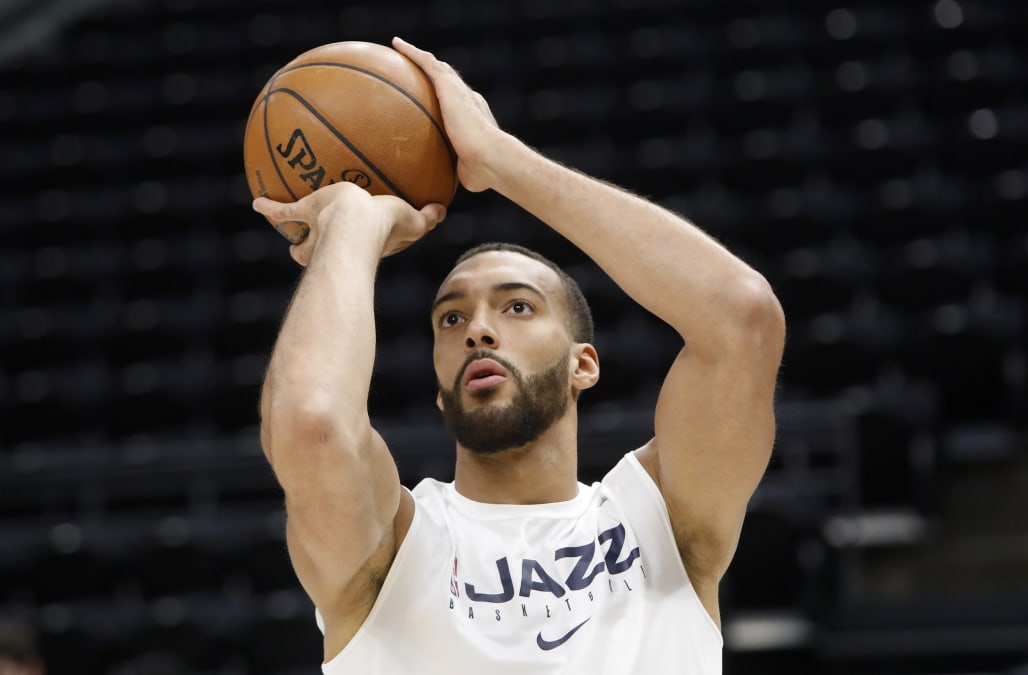 The Oklahoma City Thunder were all set to host the Utah Jazz on Wednesday night.

Just seconds before tip, however, the game was abruptly postponed without reason while players were sent to the locker room at Chesapeake Energy Arena.

Now, that reasoning is more than clear.

Jazz center Rudy Gobert tested positive for COVID-19 on Wednesday, according to The Athletic’s Shams Charania, which quickly prompted the NBA to suspend the season indefinitely.

Gobert was not in the arena on Wednesday night.

According to Royce White of ESPN, Thunder guard Chris Paul ran over to the Utah bench before the game asking what was wrong with Gobert, but was yelled at to get away.

Players are now quarantined in the locker rooms and being tested for the virus, along with several media members.

With just seconds to go before the game was scheduled to tip, the Thunder’s head medical director came sprinting out onto the floor and grabbed the officials.

Officials quickly sent players to their respective benches while they conferred with both coach Billy Donovan and Quinn Snyder. They then all retreated to the locker rooms.

Thunder and Jazz players were sent back to the locker room 😬

No official word on whether the game has been postponed just yet.pic.twitter.com/00sCmLI2uN

While both teams were in the locker rooms, the Thunder proceeded to run the scheduled halftime performance and throw out shirts to fans inside the arena.

Officials then announced that the game would be postponed to a later date without specifying a reason, and that everyone needs to leave the arena. The arena announcer assured fans multiple times that there was no emergency.

Breaking: The Thunder-Jazz game has been postponed to a later date, per the NBA. pic.twitter.com/4z8liN5Kra