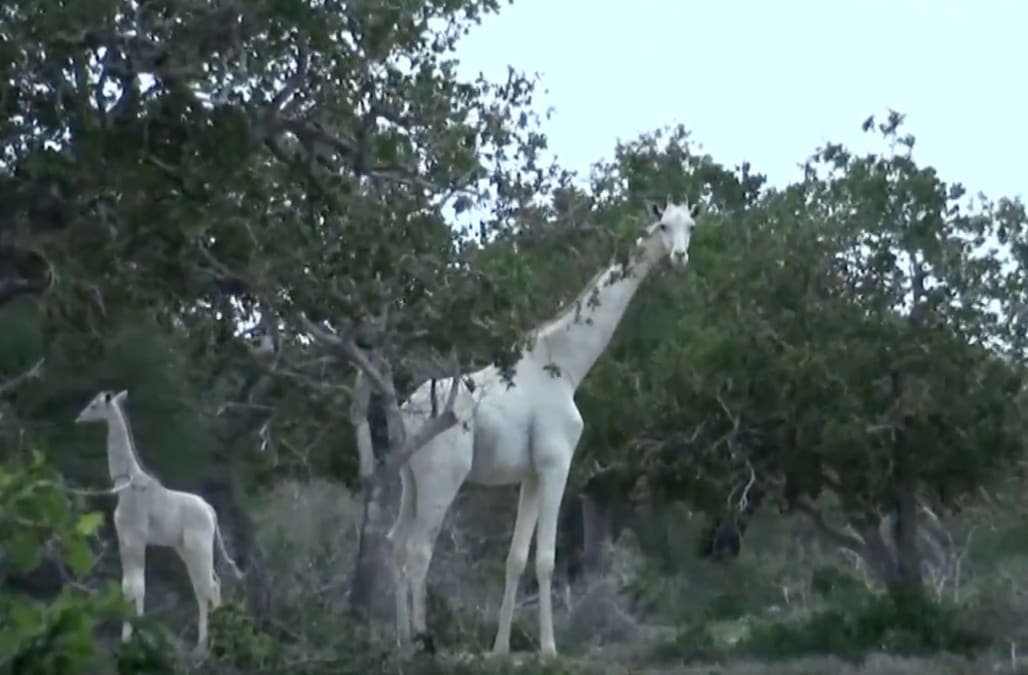 Rangers located the skeletal remains of the colorless mammals in a village in the country’s Garissa County, the BBC reported Tuesday.

Following the slaying of these two giraffes, the worldwide white giraffe population is believed to have shrunk to just one, according to the BBC.

The white giraffes went viral in 2017, and haven’t been spotted for months, the BBC reported. The animals have a condition called leucisim, in which some of their skin cells are devoid of pigment - it’s different from albinism, a condition in which no melanin is produced at all.

As poachers target giraffes’ meat and skin, the species’ population as a whole has declined by 40% in the past three decades, according to the African Wildlife Foundation.

More from New York Daily News:
Trump is hazardous to your health: An anti-science agenda puts society in peril
Cuomo’s circular logic: His ‘containment zone’ approach to coronavirus in New Rochelle is worth a try
Pump up prison wages: New York inmates deserve a salary hike