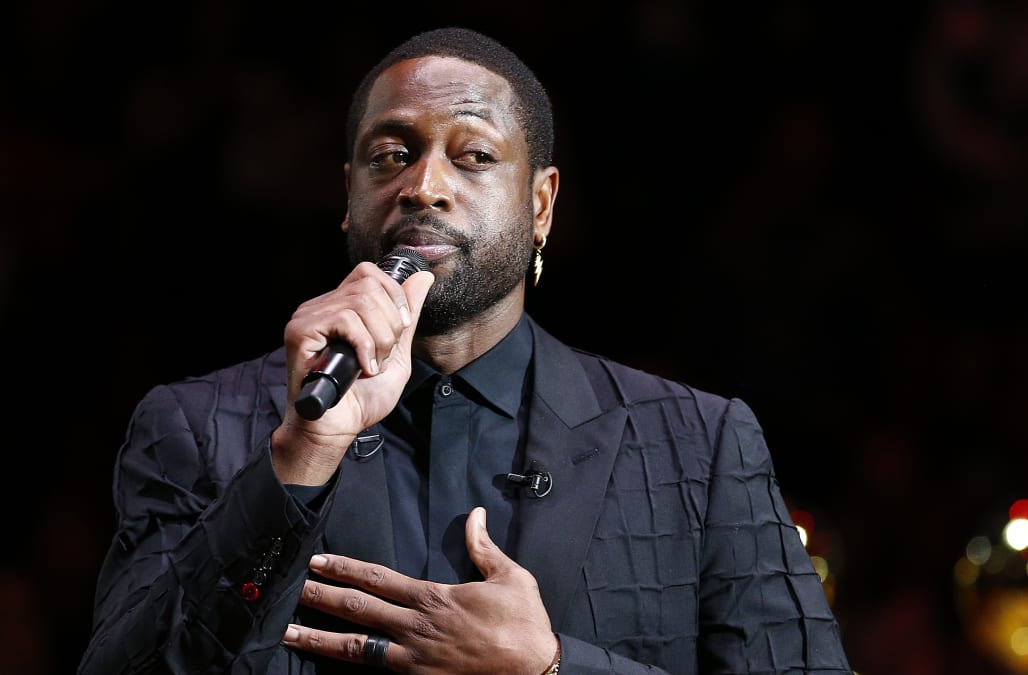 Wade, 38, did just that on TNT’s “Inside the NBA” on Tuesday. Wade was asked whether he would be at Sierra Canyon’s championship game — Wade’s son Zaire plays for the high school. He responded by saying, “I will not be there.”

While Wade could have stopped there, he decided to take things even further, directly calling out Sierra Canyon’s coach. Take a listen:

.@DwyaneWade calling out Sierra Canyon’s coach “on national television” for not playing his son in the games - @Candace_Parker and @SHAQ’s reactions are priceless 👀👀👀 @NBAonTNT@SCanyonSportspic.twitter.com/IxzjIjqHDf

After confirming he would not be at the championship game, Wade said, “My son ain’t playing, and I don’t want to do nothing to the coach.”

Sierra Canyon overcame a late deficit against Etiwanda on Tuesday night to advance to the state championship. Zaire Wade did not play in that game, according to TMZ. LeBron James’ son Bronny is also a member of Sierra Canyon.

Wade’s comments drew surprise from both Candace Parker and Shaquille O’Neal. Parker responded to Wade by saying, “I think you just did do something [to the coach].” Before going to break, O’Neal added, “message,” and Parker finished his thought by saying, “Yikes, on national television.”

While Wade made it clear he won’t attend the event, he doesn’t have hard feelings when it comes to the team. Wade was sure to add he would be “rooting for the kids” in the championship game.