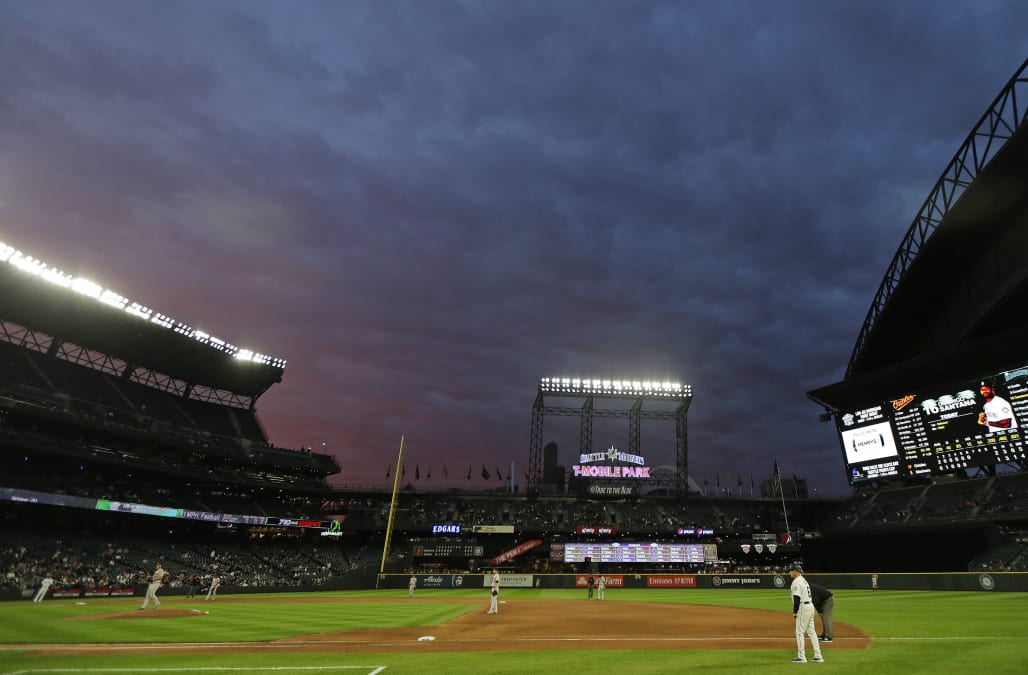 The Seattle Mariners may play in an empty stadium during early home series due to concerns over the coronavirus. Washington governor Jay Inslee announced Wednesday that events containing 250 people or more would be prohibited in a number of Seattle counties until at least March 31, including King, where T-Mobile Park is located.

The city of Seattle, and King County, has experienced 25 deaths due to COVID-19. The state has been among the most affected by the virus. A number of localevents have been canceled in an attempt to prevent the spread of the coronavirus.

While Major League Baseball has been hesitant to cancel games — instead opting to ban the media from clubhouses as a preventative measure — the league’s hand may have been forced by Inslee’s announcement Wednesday. Opening day is scheduled for March 26.

The Mariners and MLB have reportedly already considered an alternative, and could look to play home series away from Seattle at the start of the season, according to Joel Sherman of the New York Post. The Mariners are scheduled to play the Texas Rangers and Minnesota Twins in Seattle to open the 2020 MLB season.

Other options will be — and have been — considered over the past couple weeks, according to Ryan Divish of the Seattle Times. Divish notes that the Mariners have considered playing games at their spring training facilities in Arizona, in Minnesota and Texas (as opposed to at home) or in an empty T-Mobile Park.

In a statement, the Mariners confirmed they were looking into alternative plans for the start of the season. The Rangers released a statement saying the team was working with the Mariners and MLB on a solution.