Bryce Harper is not afraid of the coronavirus: 'I just live my life' 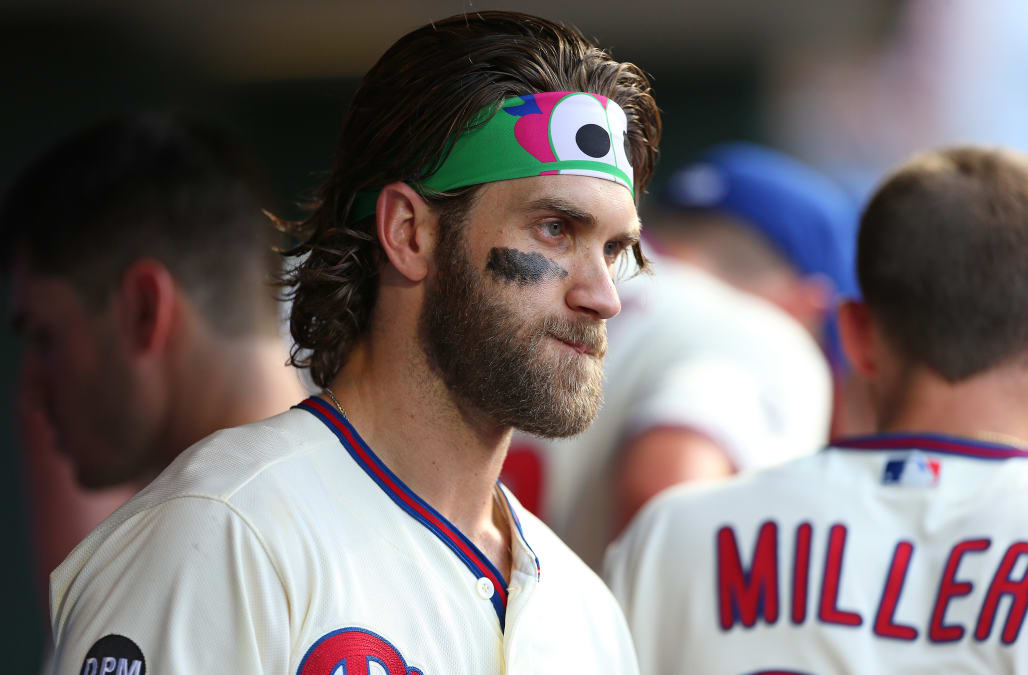 Fears about the coronavirus have forced Major League Baseball and other professional sports leagues to make big changes to their protocols. Most notably, MLB, like the NBA and NHL, has closed off the media’s clubhouse access to limit close-range interaction.

The measure has been met with disappointment from some players and members of the media who don’t share the league’s concern. Among the most notable is Philadelphia Phillies superstar Bryce Harper.

Following Tuesday’s Grapefruit League game against the Minnesota Twins, Harper said he’s not ready or willing to change his approach despite concerns about the potential spread of COVID-19.

Harper expressed his thoughts while following the league’s mandate to keep a 6-to-8 foot distance from reporters. Though as NBC Sports’ Salisbury relayed, Harper clearly isn’t afraid of the coronavirus or thrilled about the arrangement.

"I live, man. I don't worry about a disease or a virus. I live my life. I'm doing everything the same. I'm shaking people's hands, I'm high-fiving. I'm healthy. I'm 27. The people that are affected, it's a lot of older and maybe some young, as well. But I just live my life."

According to Salisbury, Harper added that he would happily give the writers a hug if requested. That moment might have best captured his lack of concern.

"You guys have a job to do. We have to understand you have to do a job. We need to talk to you, we need to. As of right now, I guess it's going to be out here, but hopefully in the near future you guys are back in there with us and we're just going on with our daily routine of talking to you guys.”

On Tuesday, the city of Philadelphia joined the growing list of communities cautioning citizens about attending large gatherings.

Philadelphia city officials just announced: they are recommending people do not attend gatherings of more than 5,000 people. For reference, the Wells Fargo Center holds nearly 20,000.

That could have an impact on Harper and the Phillies when they open their home schedule on April 2.

For now, MLB has not considered pushing back the start of the regular season or playing games without fans in the stands. In response to that, Harper says he’ll understand and support whichever decision the league makes.

"I can't really speak on that," Harper said. "That's Major League Baseball's decision. If they think the fans should be here, if they think they don't, then that's on Major League Baseball. As a player, I can't make that decision. If fans still want to come and watch us play, then we respect that. We want that. If they don't want to because they want to protect their families, I understand that, too. I have a family at home as well. There's no need for me to get sick or my family to get sick or my son, who was just born. I really don't know how to answer that. I'm sorry."

In order to limit contact between players and fans, some teams have encouraged players to sign items in the clubhouse before tossing them to fans. Clearly, that’s not Harper’s preference. He’s going to continue doing things his way until the league steps in all the way.

Unfortunately, with each passing day it seems more likely the league will have to consider doing just that.