By Susan Heavey and Lisa Lambert 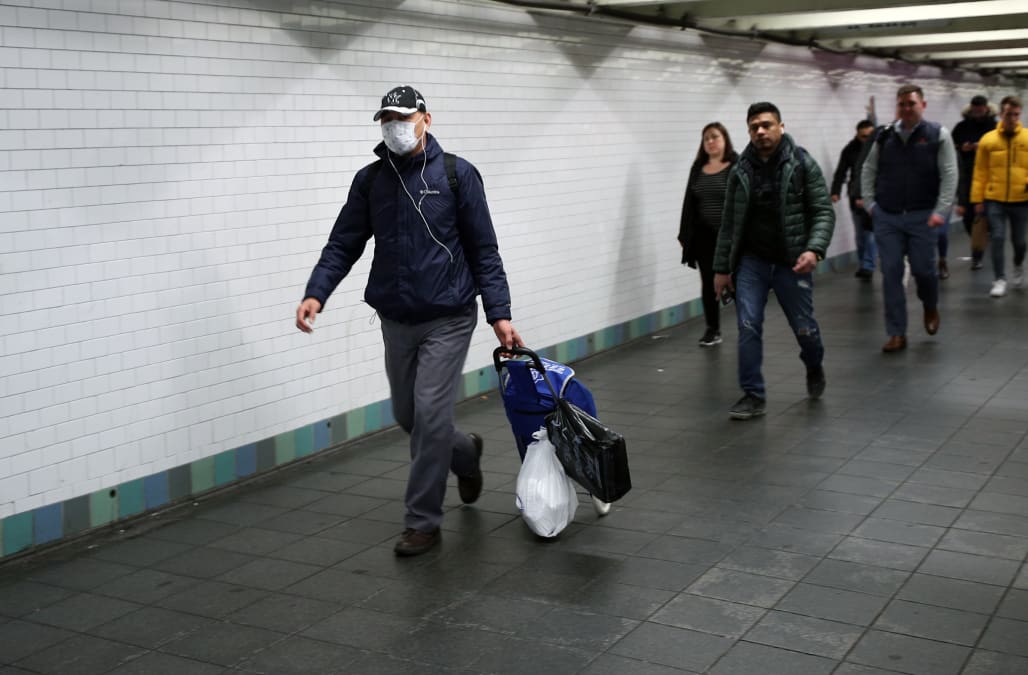 WASHINGTON, March 10 (Reuters) - The U.S. coronavirus outbreak is likely to get worse, the country's top public health official said on Tuesday, and Americans should assess their personal circumstances when deciding whether to cancel travel plans or avoid public gatherings.

The virus, which can cause a sometimes fatal flu-like respiratory illness, has steadily spread in the United States this week, disrupting life and spooking investors who worry that a contraction in economic activity could trigger a recession.

"Not every community has an outbreak going on right now, but people should know that this is likely to get worse before it gets better," U.S. Surgeon General Jerome Adams said in an interview on ABC's "Good Morning America" program.

A total of 755 confirmed cases of the coronavirus were confirmed nationwide as of Tuesday morning, according to a tally by Johns Hopkins University. There have been 26 coronavirus-related deaths in the country, most of them in Washington state.

The Trump administration has been criticized for a slow response to the public health crisis and is under growing pressure to do more to help workers and companies hurt by the outbreak and to boost investors' confidence in the economy.

After U.S. stock indexes recorded their biggest one-day selloff since 2008 on Monday, President Donald Trump said his administration would take "major" steps to gird the economy and discuss a possible payroll tax cut with congressional Republicans on Tuesday.

He did not provide details but said a news briefing would be held on Tuesday.

A payroll tax cut could encourage consumer spending and help households that might otherwise struggle to make rent and mortgage payments on time or pay medical bills if family members' work hours are reduced during the coronavirus outbreak.

More than 113,000 people have contracted the coronavirus around the world and nearly 4,000 have died since it surfaced in China late last year. More than 100 nations have reported cases, with Italy bearing the brunt of the outbreak in Europe.

Italy's government on Monday took its most drastic steps yet to contain the outbreak, ordering the country's 60 million people not to move around other than for work or emergencies, banning public gatherings and suspending sporting events.

In the United States, 34 of the 50 states and the District of Columbia have reported infections of COVID-19, the illness caused by the virus, to the U.S. Centers for Disease Control and Prevention (CDC).

Washington state has been the hardest hit, with a nursing home in the Seattle suburb of Kirkland accounting for the bulk of the state's 22 confirmed deaths.

In California, the Grand Princess cruise ship docked at the Port of Oakland on Monday and had begun offloading its 2,400 passengers. The vessel was barred from returning to San Francisco last week due to a coronavirus outbreak on board.

Most of the passengers will be quarantined at military bases in the United States, with those requiring immediate medical attention heading to hospitals. The crew of 1,100 will be quarantined and treated aboard the ship, unless they are in need of acute care off the vessel.

California and New York each have more than 140 confirmed coronavirus cases.

As the outbreak spreads, daily life in United States has been increasingly disrupted, with concerts and conferences canceled, and universities urging students to stay home and take classes online.

The public is advised to wash hands frequently and practice "social distancing" - minimizing unnecessary contact with others in public settings. Several U.S. lawmakers have gone into self-quarantine after being in contact with a person at a conference who later tested positive for coronavirus.

Harvard University asked its students on Tuesday not to return to campus after the spring break this month, and said it would begin moving to virtual instruction for graduate and undergraduate classes. (Reporting by Susan Heavey and Lisa Lambert in Washington and Shubham Kalia in Bengaluru Editing by Paul Simao and Bernadette Baum)