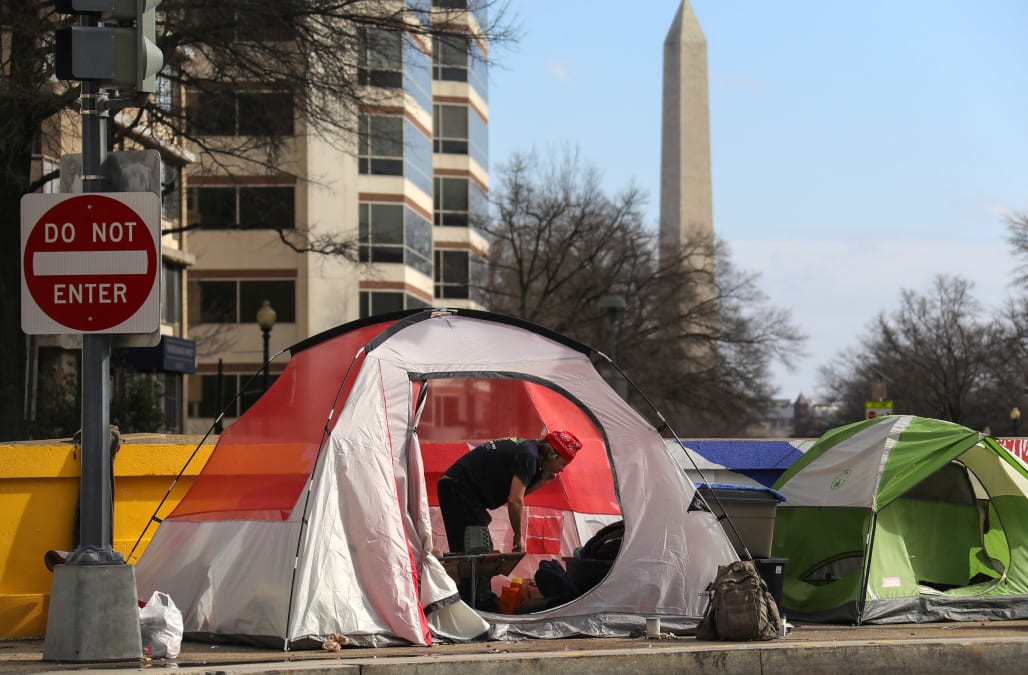 WASHINGTON, March 10 (Thomson Reuters Foundation) - Homeless people in the United States are at particular risk of contracting coronavirus, and the systems that care for them are poorly equipped to handle a major outbreak, according to public health experts.

The United States had more than 750 confirmed cases of the respiratory virus - which emerged in China's Hubei province late last year - as of Tuesday morning and 26 related deaths, as estimated by a national tally kept by Johns Hopkins University.

The count could rise sharply as testing increases this week. More than 110,000 people have been infected globally and about 4,000 people have died, according to a Reuters tally of government announcements.

Fears have been raised that the U.S. homeless population - nearly 600,000 people in 2019 - could be particularly vulnerable to the disease, which spreads primarily through tiny droplets coughed or sneezed from an infected person and inhaled by another.

"For the general public that contracts this virus, they're told to quarantine, rest and recuperate at home," said Barbara DiPietro, senior director of policy at the National Health Care for the Homeless Council (NHCHC), a nonprofit.

"What does that mean if you don't have a home or a service provider who can accommodate them 24/7?," she said.

Vigilant hygiene can prevent transmission, health experts say, in what could be a challenge for people living without homes.

Los Angeles lawmakers are considering setting up washing facilities in encampments, while county officials in Seattle have purchased a motel and set up modular housing, in part to quarantine homeless individuals who contract the disease.

There have been no reports of coronavirus among U.S. homeless populations.

The U.S. shelter system is ill-equipped to deal with a major outbreak, with most housing open only at night for sleeping and little room for quarantines, DiPietro said.

"We don't have a homeless services infrastructure that is equipped, funded or staffed to be able to respond to a pandemic public health emergency," she added.

Concerns about the potential for homeless populations to spread coronavirus have cropped up on social media and among conservative commentators who see homeless encampments ripe for spreading the disease.

But G. Robert Watts, an epidemiologist and head of the NHCHC, downplayed the concerns as "fearmongering."

Because they often have weakened immune systems, "people experiencing homelessness are at greater risk of contracting this disease than of passing it on," he told the Thomson Reuters Foundation.

Several of the U.S. coronavirus cases have been in the states of Washington and California, which have among the highest homeless populations in the country.

Last week the U.S. Department of Housing and Urban Development released extensive new guidance on dealing with infectious disease outbreaks in shelters, encampments and among homeless populations in general.

Also, President Donald Trump on Friday signed an $8.3 billion emergency bill to fight the virus, with $100 million for community health centers that NHCHC said could include homeless services.

Looking ahead to potential dangers, cities and homeless services providers are adopting a spectrum of new strategies for dealing with the outbreak.

"We are developing special protocols such as phone screening for patients calling into our primary care sites, education to prevent the spread of illness and support for our staff," said Rachel Solotaroff, head of Central City Concern, a nonprofit in Portland, Oregon.

Some shelters are starting to assign people to sleep in the same beds every night to limit the potential for exposure, said Watts.

But homeless people get help from a host of service providers from shelters to food pantries, day centers and outreach teams, all of which are often pressed for resources and left out of response plans, DiPietro said.

A lack of resources could lead any of those to turn away anyone with potential symptoms that are not necessarily coronavirus, triggering a "vast increase" in homeless people with nowhere to go, she said.

(Reporting by Carey L. Biron @clbtea, Editing by Ellen Wulfhorst and Zoe Tabary. Please credit the Thomson Reuters Foundation, the charitable arm of Thomson Reuters, that covers the lives of people around the world who struggle to live freely or fairly. Visit http://news.trust.org)