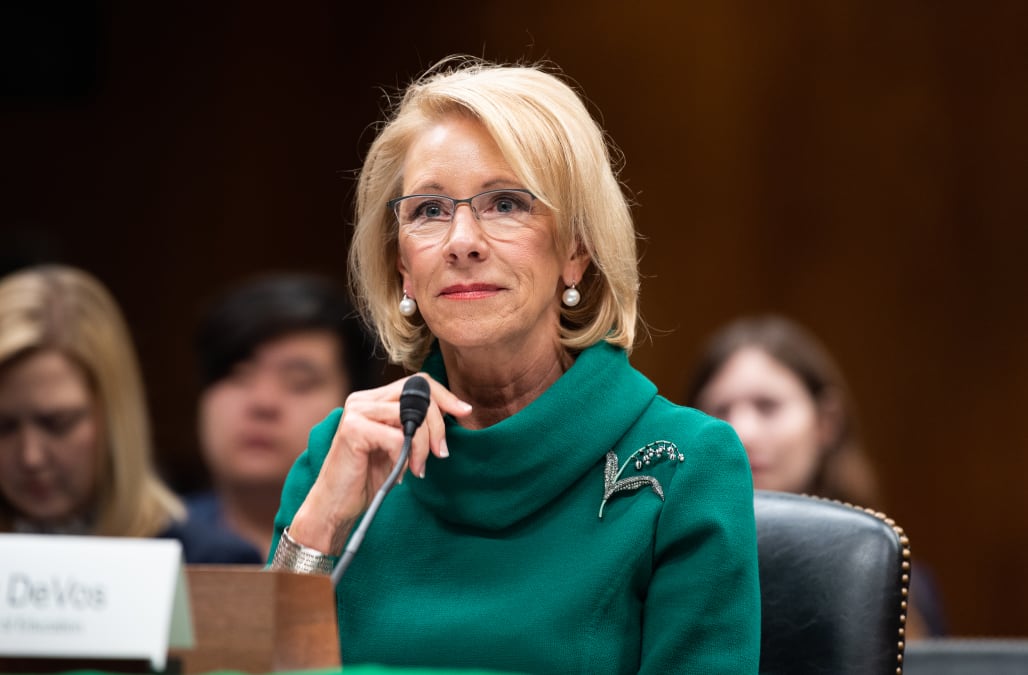 A progressive government watchdog nonprofit group is asking Congress to investigate whether Education Secretary Betsy DeVos had any involvement in her brother’s efforts to spy on a Michigan teachers union, HuffPost has learned.

Over the weekend, The New York Times reported that in 2017, DeVos’s brother, Erik Prince, recruited an ex-spy to infiltrate a Michigan office of the American Federation of Teachers. He did this work through Project Veritas, a right-wing group that is known to infiltrate media organizations and liberal groups in an attempt to collect potentially damaging information. A spokesperson for DeVos told Politico that “Secretary DeVos has absolutely nothing to do with this.”

But on Tuesday, the group Accountable.US wrote to top officials on the U.S. House Committee on Oversight and Reform asking them to take a closer look.

“The involvement of DeVos’ brother in this scheme to spy on a labor organization in their shared home state of Michigan raises serious questions about what role the Education Secretary played in it, particularly in light of DeVos’ history of hostility with the same union,” the group wrote in the letter, a copy of which was obtained by HuffPost.

DeVos has long had a hostile relationship with teachers unions. In 2018, she said unions are “not really focused on what is right for individual students” and have a “stranglehold on many of the politicians in this country.” Her family has donated to a number of anti-union groups, and she frequently spars with Randi Weingarten, the national leader of the American Federation of Teachers.

“It stretches the imagination to the breaking point to believe her brother never at least mentioned his intel operation to her,” the group continued in its letter. “At the end of the day, who would benefit more from this ill-gotten information than the Education Secretary at war with the union?”

Prince is famous for founding a mercenary firm called Blackwater whose employees were caught killing Iraqi civilians. Since that time, he has worked closely with the Trump administration, enmeshing himself in some of the administration’s biggest controversies.

More from HuffPost US:
Michigan is facing an ‘all-out assault on water.’ Will it swing the state in 2020?
Cruz self-quarantines after interacting with coronavirus patient at CPAC
Alexandria Ocasio-Cortez: Jesus would be maligned as ‘radical’ by today’s Congress