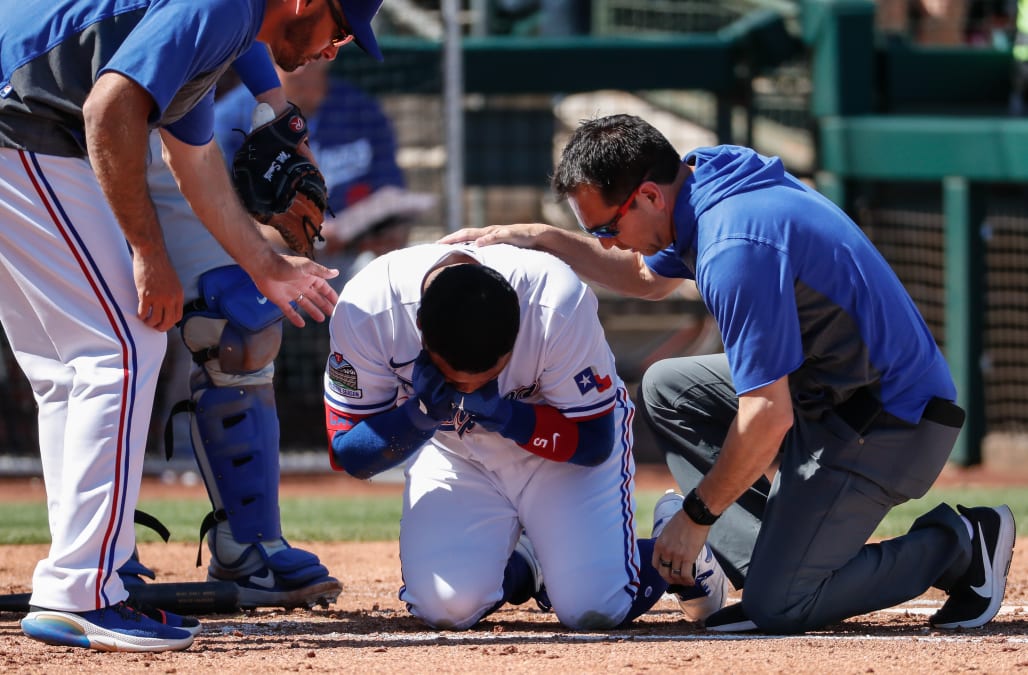 A scary moment hit spring training on Sunday, as Texas Rangers left fielder Willie Calhoun had to be carted off the field after taking a pitch directly to his jaw. He was later announced to have suffered a fractured jaw.

Calhoun immediately fell to the ground after taking the 95 mph fastball from Los Angeles Dodgers left-hander Julio Urias. Fortunately, Calhoun seemed alert as he left with the game with a towel covering his face and was reportedly taken to a hospital in Phoenix.

Rangers spokesman John Blake later announced that Calhoun had suffered a fractured jaw, and will undergo further testing on Monday.

Acquired from the Dodgers in the 2017 trade that sent Yu Darvish to Los Angeles, Calhoun has hit .258/.311/.468 in three seasons of part-time action with Texas. Entering Sunday, Calhoun was 3-for-19 with five walks in spring training.

The 25-year-old Calhoun entered spring training as the team’s starting left fielder and was also in line to see time at designated hitter. Now, he could have to miss some time, depending on his prognosis.