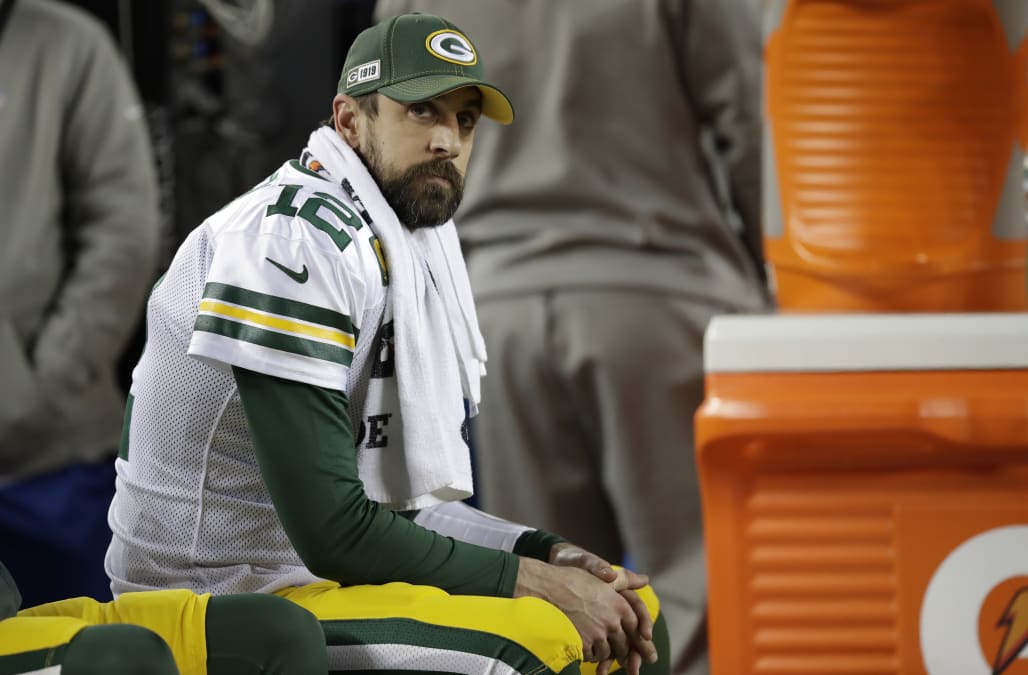 The NFLPA wants players to take their time before voting on the new collective-bargaining agreement. The players union sent out a message to its members Monday, extending the voting deadline to Saturday, Mar. 14.

The move gives NFL players two extra days to come to their decision. In a statement, the NFL urged players to “review the materials sent via email to make an informed decision.”

The new CBA proposal has been met with scorn from some prominent NFL players. Aaron Rodgers has been one of the more vocal opponents to the new deal. Russell Wilson has also said he would vote no. Pittsburgh Steelers lineman Maurkice Pouncey was even more emphatic in his disgust for the proposal, calling it a “bulls—- ass deal.” On top of that, a number of players — including Eric Reid and Richard Sherman — have tweeted out their frustration with the new CBA proposal.

Curiously, Rodgers, Wilson and J.J. Watt — who have all opposed the deal — were not present at the NFLPA meeting.

Interesting from @TomPelissero: #Packers QB Aaron Rogers, #Texans DL JJ Watt, and #Seahawks QB Russell Wilson were not present for the NFLPA meeting. All three have been vocal about voting against the new CBA… but were not there to state their case.

Why would the NFLPA extend the voting deadline for new CBA proposal?

The most charitable read on the NFLPA extending the deadline is that the union wants all of its players to be 100 percent informed on the decision. The players reportedly asked the union to create a document comparing the 2011 CBA to the current proposal. The NFLPA extended the deadline so it would have more time to create that document, and to ensure all players will be able to read it.

On the CBA vote delay: Players wanted the union to produce a document comparing the 2011 CBA to the current proposal. And union wants players to have time to look at everything.

Reasonable, given it’s a 10-year extension.

The cynical way to read the situation is that the NFLPA wants more time to convince the players to vote yes. Given how many big-name players have opposed the CBA, the union may expect the proposal to be met with plenty of opposition. That would drag out the labor fight even longer, and potentially create more vitriol on both sides. The union is supposed to help the players and make sure they get the best deal possible. Trying to force players to take a deal they oppose would be an awful look for the NFLPA. Again, though, this is the most cynical way to view the situation. It’s not necessarily the reality.

How will the new CBA deadline impact the league?

While two days shouldn’t have a massive impact on the NFL, the timing of the vote actually has some implications. The deadline to place the franchise tag and transition tag on players is Mar. 12. The league is evaluating that deadline due to the CBA voting extension.

The league — and the players — don’t want to issue franchise tags or transition tags with the new CBA hanging in the balance. The new proposal could drastically alter how those work.

Will the NFL players approve the new CBA proposal?

Given how many players have opposed the proposal publicly, it’s tough to expect it to pass. With that said, we don’t know exactly what’s going on during NFLPA meetings, and we don’t know what kind of messaging players are receiving about the deal. Or how that messaging is being framed.

It’s possible opinions could change in the coming days, and more players could get behind the new deal. But we won’t have the answer until the deadline passes Mar. 14, and the NFLPA announces the result of the vote.