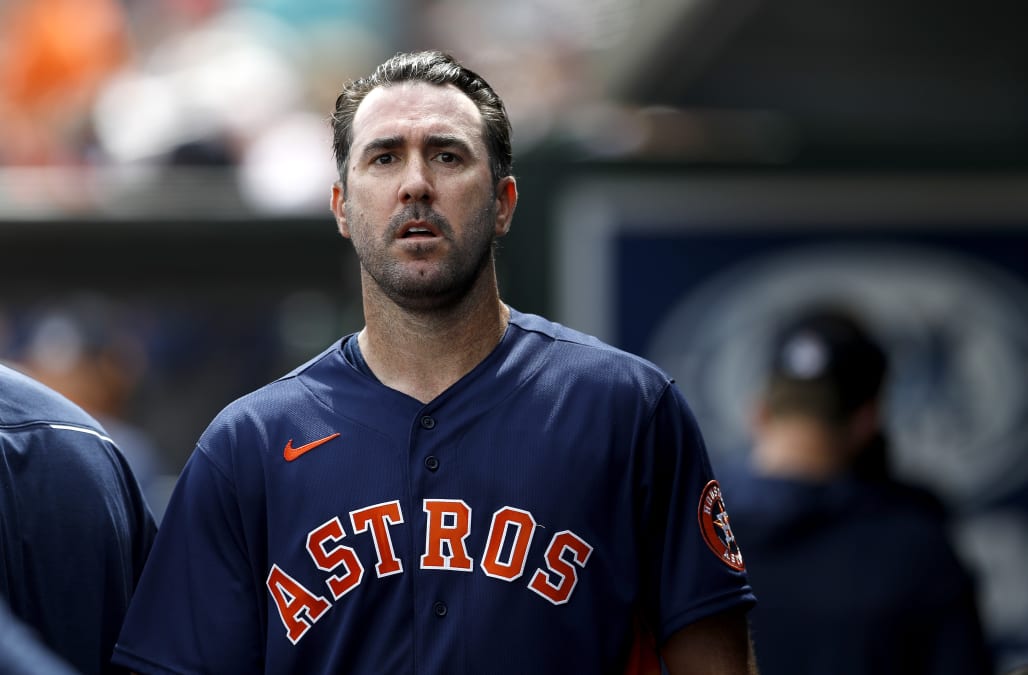 Houston Astros pitcher Justin Verlander may not be ready to take the mound on opening day. General manager James Click told the media on Monday that Verlander is dealing with a lat strain, and has been shut down for the time being.

Verlander was pulled from his spring training start on Sunday due to right triceps soreness, and had an MRI on Monday. According to manager Dusty Baker, Verlander told him that he’s glad he listened to his body and left the game when he did.

Justin Verlander, who left Sunday's game after two innings with a sore right triceps, had an MRI this morning. Results have not been released but we should know something soon. Manager Dusty Baker: "He said he feels better and he's glad he came out of the game when he did."

Click said that there’s no timeline for his recovery or return to baseball activities, and the team will “reassess” Verlander and his injury based on how he feels. At this point he’s almost guaranteed to miss opening day, which Verlander wouldn’t totally confirm when he spoke to the media on Monday.

“I would say it would probably take a miracle for me to be back by opening day,” Verlander told Yahoo Sports’ Tim Brown. “But I don’t want to take a miracle off the table.”

Verlander, 37, won his second career Cy Young award in 2019, pitching to a 2.58 ERA with 300 strikeouts over 223 innings. The 2020 season will be Verlander’s 16th in MLB, and since his rookie campaign in 2006 he’s failed to pitch 200 innings just once: when he was dealing with a right triceps strain in 2015. Verlander missed over two months to start that season and didn’t make his debut until June 13.

The Astros need Verlander to get better quickly. While they still have trade deadline acquisition Zack Greinke as well as Lance McCullers Jr. and José Urquidy, they’ll definitely miss the elite one-two punch of Verlander and Greinke at the top of the rotation.