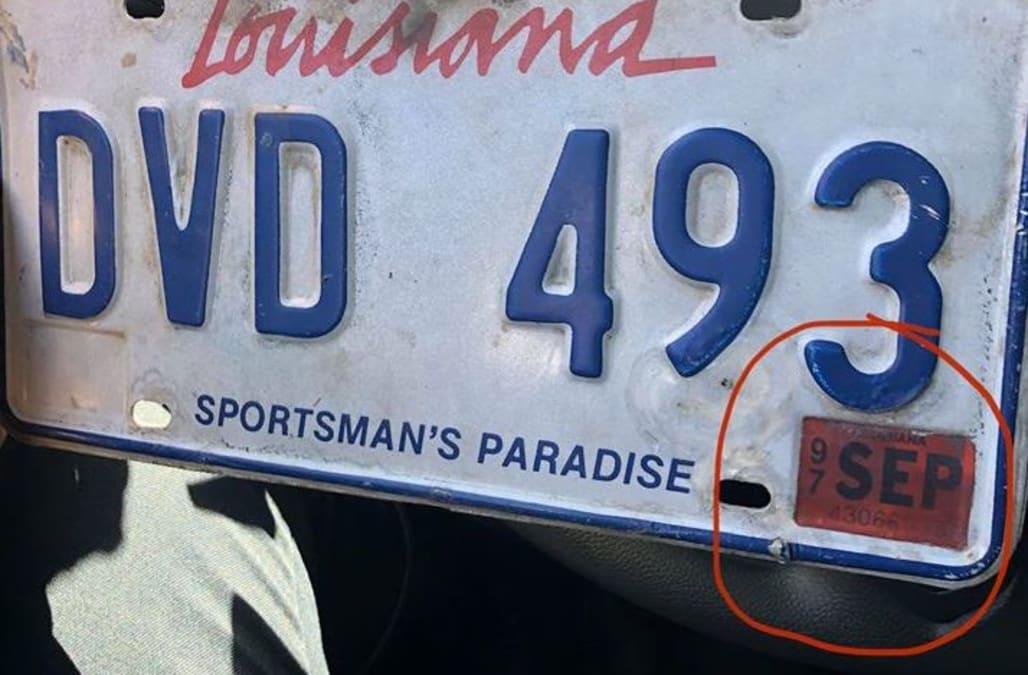 A Louisiana driver gave an absurd explanation when police pulled them over for an expired license plate.

On Feb. 28, the Slidell Police Department took to Facebook to share a photo of the license plate that had expired in 1997.

“For those of you who like to 'switch tags', at least give us a good challenge and don’t use a license plate that is over 20-years-old and expired back in 1997!” the department wrote.

Police said when they pulled the driver over, the driver said, “Sorry, officer. I’ve been busy lately and totally forgot to renew my vehicle registration. I will take care of it as soon as I get home!”

“I graduated high school in ‘97 & I can assure you that I’ve had time between then & now to take care of things like this…” one person quipped.

“How dare they not pay the state the appropriate amount of money!” another wrote. “Shame on them.”

According to eTags, the state of Louisiana requires drivers to renew their plates and registrations every two years. Vehicles must also undergo a regular emissions and safety test.

The post Driver caught with license plate that expired in 1997, gives unusual reason appeared first on In The Know.