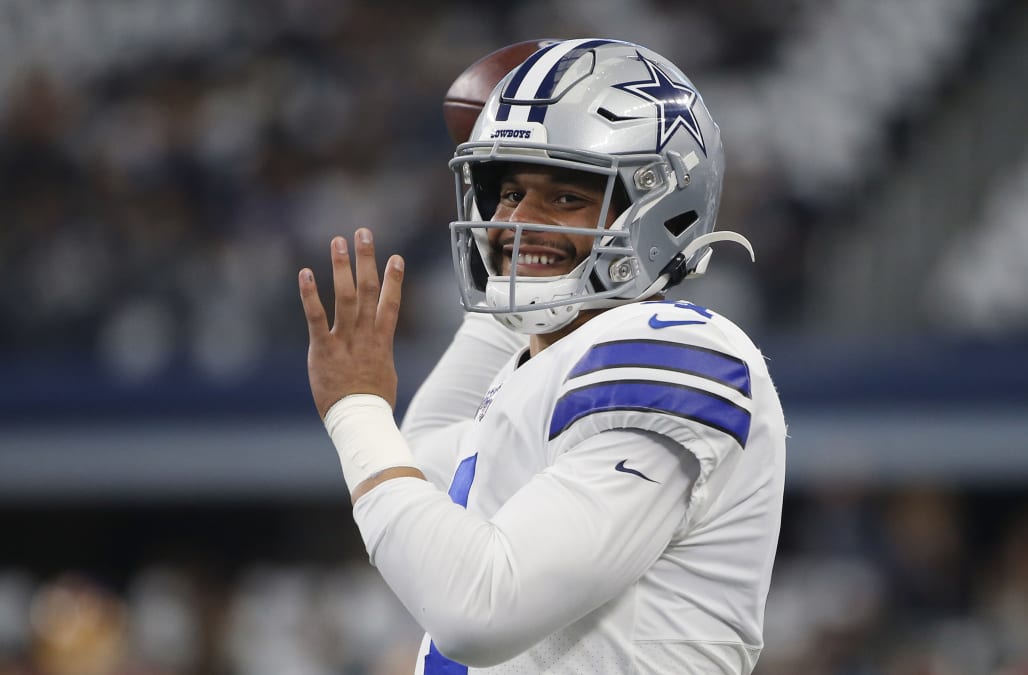 Dallas Cowboys representatives and the agent for quarterback Dak Prescott have reportedly spoken twice since the end of the 2019 season, per the Dallas Morning News. It could be a promising sign for negotiations, as the two sides hadn’t spoken since September.

But the two-time Pro Bowl selection reportedly upped his price, and played out the final year of his four-year rookie contract this past season. That deal paid him approximately $2.7 million over the length of the contract.

Players are voting on the new collective bargaining agreement right now and have until March 12 to do so. The CBA could change the rules, and ESPN’s Adam Schefter reported that it’s also impacting the lag on Tom Brady’s discussions with the New England Patriots.

It could also change the franchise tag rules immediately. The Cowboys have until Thursday to place a franchise tag on Prescott or Amari Cooper, the soon-to-be free agent receiver.

Per the Dallas Morning News, if the new CBA is in place by March 12, the Cowboys can place an exclusive franchise tag on only one player. And it would be Prescott, if a deal isn’t done beforehand.