Anxiety in an aging Congress spreads with the coronavirus 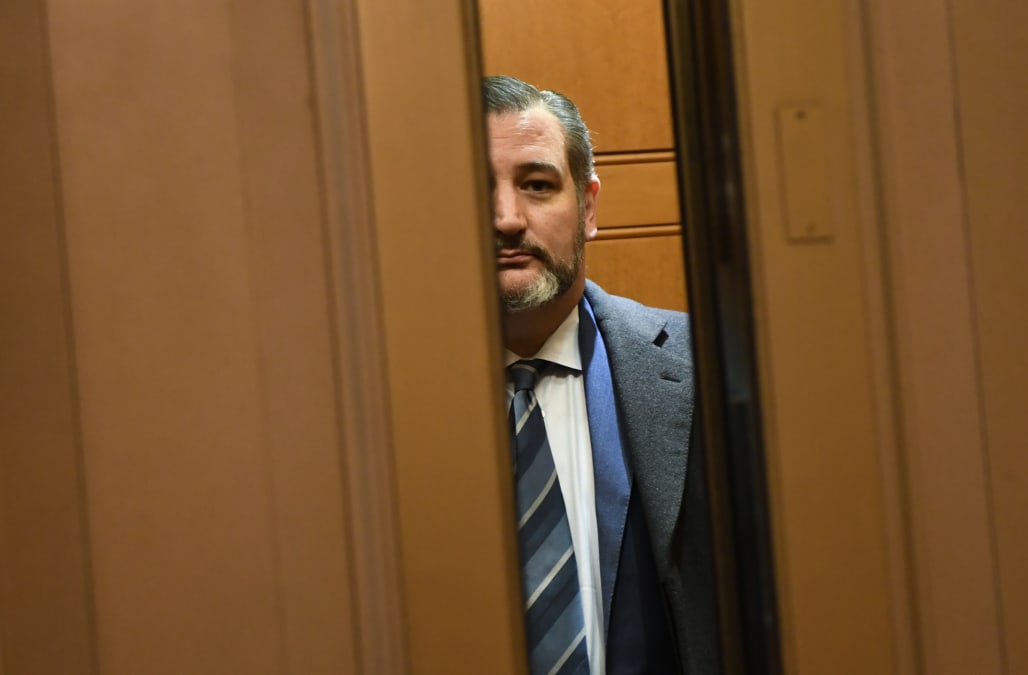 WASHINGTON — Members of Congress are becoming increasingly anxious about coronavirus, and there is growing pressure on leadership to take steps to protect lawmakers — even potentially recessing for a period of weeks — two Democratic congressional sources said Sunday.

Multiple sources said anxiety was on the rise among lawmakers as more cases are reported and the virus spreads.

Rep. Paul Gosar, R-Ariz., said he will close his office in Washington and will self-quarantine at home in Arizona for 14 days after he came into "extended" contact with a person who is hospitalized with COVID-19, the disease caused by the virus. They came into contact at the recent Conservative Political Action Conference in National Harbor, Maryland, Gosar said.

My statement on #COVID19: pic.twitter.com/dyuq55fnBG

Sen. Ted Cruz, R-Texas, announced late Sunday that he will stay home in Texas this week because he had a brief interaction with a person attending CPAC who has tested positive.

Gosar and Cruz said they were experiencing no symptoms but were acting out of caution.

"Members are very nervous," a senior Democratic leadership aide said. "There's a lot of concern that members could bring it home."

Full coverage of the coronavirus outbreak

Another source said members from districts and states where the virus is spreading are also concerned about being able to remain at home to help handle the crisis.

Members plan to raise concerns with House Speaker Nancy Pelosi, D-Calif., at their weekly leadership meeting Monday afternoon, two sources said. It's Pelosi's decision whether to keep the House in session or make changes in the schedule.

A spokesman for Pelosi's office didn't respond to requests for comment Sunday night.

The House is scheduled to resume meeting this week after a weekend at home. Several offices said that by Sunday evening, there were no changes to the schedule. Members are expecting an update on the coronavirus at their usual caucus meeting Tuesday morning at the Capitol.

And some members were urging Congress to stay the course to "show leadership in a time of great anxiety" and conduct oversight of the Trump administration's response.

Members should "follow the very advice we're giving the country: wash our hands, avoid contact with anyone exhibiting symptoms, stay home if we're sick and ensure our staffs are doing the same," one lawmaker told NBC News.

But the virus is spreading rapidly, and the first case in Washington, D.C., was announced Saturday night.

The Capitol building is open to scheduled public tours — tourists travel from all over the world to visit, and the Capitol Hill office buildings are open to members of the public, who can freely walk the hallways as long as they pass through a basic magnetometer screening.

Pelosi so far has been careful not to sound alarmist and has continued to rely on the advice of the Capitol physician in making decisions about the grounds. The top four congressional leaders in both parties — Sens. Mitch McConnell, R-Ky., and Chuck Schumer, D-N.Y., Pelosi and Rep. Kevin McCarthy, R-Calif. — met with top Capitol building staff to discuss the coronavirus last week.

Pelosi told reporters Thursday: "You cannot test everybody who comes in the front door of the Capitol.

"It is unreasonable and probably in some ways not focused enough on what needs to be focused on," she said, adding that the office of the Capitol physician would be making the decisions on protocols.

Congress as a whole could be more susceptible to dangerous symptoms of the coronavirus than the public in general. Sixty-six senators are over age 60 — two-thirds of the body — with more than a quarter over 70. The average age of House members is 57.6 years, according to the Congressional Research Service.

Many members "are concerned, particularly older members and a number who have conditions that make them more susceptible," a source said.