Hillary Clinton: Biden 'is building the kind of coalition that I had' 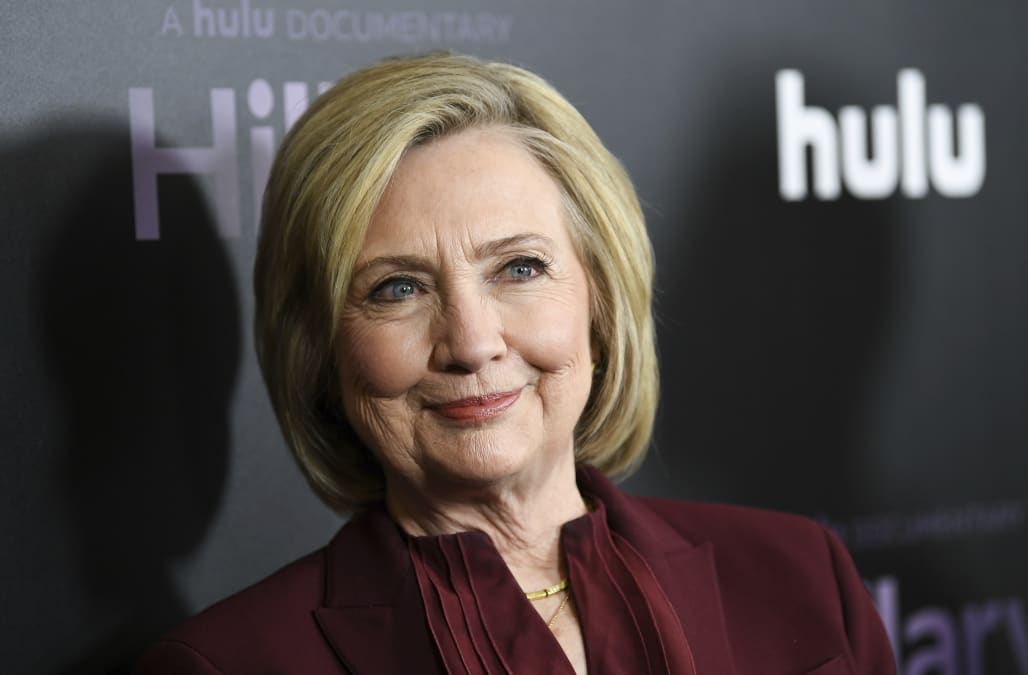 Hillary Clinton said in a new interview that Joe Biden's path to the 2020 nomination looks similar to hers back in 2016.

“What Joe’s victories on Super Tuesday showed is that he is building the kind of coalition that I had basically,” Clinton said in an interview with CNN's “Fareed Zakaria GPS” that aired Sunday.

“It’s a broad-based coalition,” she said. “I finished, you know, most of the work I needed to do for the nomination on Super Tuesday, and then it kind of lingered on. And I think Joe is on track to doing exactly the same thing: putting together a coalition of voters who are energized.”

Biden stunned election observers last week on Super Tuesday when he won a swath of states by better-than-expected margins against his main rival Bernie Sanders. Four years ago, Clinton also built up a small but significant lead on Super Tuesday when she faced off against Sanders, who stayed in the delegate race through June.

Clinton told Zakaria she would support Sanders if he became the nominee, but she wasn’t sure he would make that request. She also repeated her contention that Biden would make a more effective Democratic nominee.

“I don’t know if he’d ask me to campaign for him, Fareed, because I have no idea what he is thinking about for a general election campaign,” she said. “As I’ve said many times, I do not think he’s the strongest nominee against Donald Trump.”

In the interview, Clinton also addressed the new four-part Hulu documentary, “Hillary,” that traces her life as a young lawyer, first lady, secretary of state, senator, and then the first woman to win a major party’s presidential nomination.

“It couldn’t have come out at a better time,” she said of the documentary, while pointing to the withdrawal of most of the women running for the Democratic nomination this year. (Sens. Elizabeth Warren of Massachusetts and Amy Klobuchar of Minnesota dropped out last week; Rep. Tulsi Gabbard of Hawaii remains in the race but has struggled to gain traction.)

Related: Hillary Clinton through the years

“We no longer have a woman in the presidential race,” she said. “There are a lot of reasons for that. We started off with I think six, and now have none.”

But Clinton said some of the reasons for the current absence of a woman in the race “come from unconscious bias, come from the social norms that people are still trying to struggle with, that we're going to have to be more open about … if we want to see more opportunity, real opportunity, in every aspect of life and society for your daughters and my granddaughter.”

Clinton further said even though the Democratic nominee is likely to be a man, she would personally “love to have a woman on the ticket.” But she noted that a pragmatic decision may also be made based on electability.