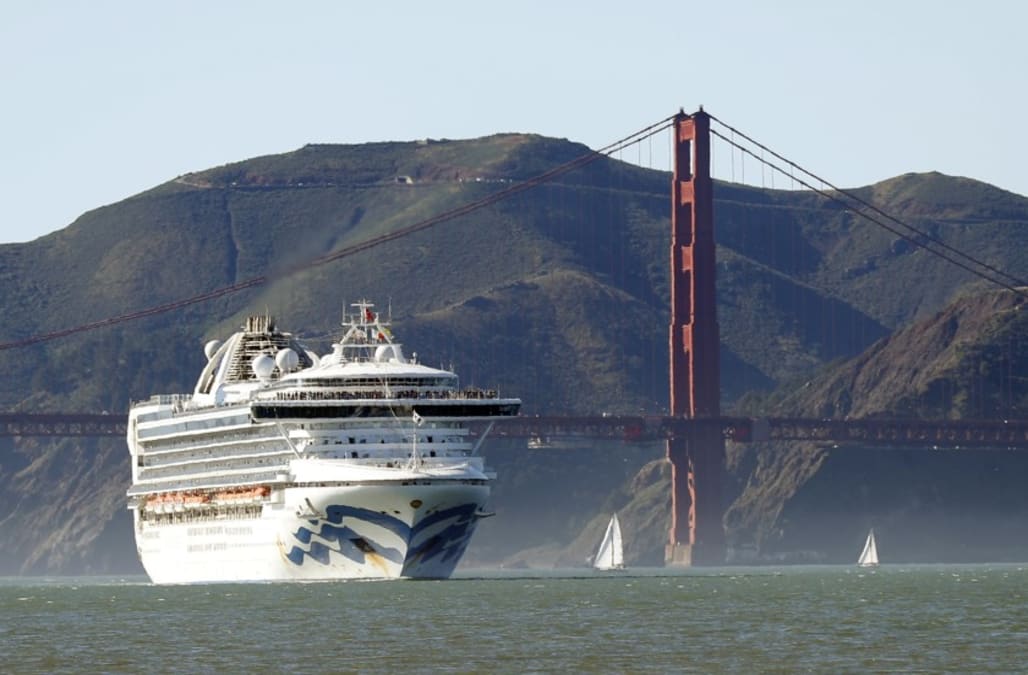 (Reuters) - The cruise ship Grand Princess, held at sea and barred from returning to San Francisco last week due to a coronavirus outbreak aboard the vessel, has been directed to the nearby port of Oakland, the cruise line said on Saturday, presumably to be placed under quarantine.

The ship, carrying some 2,400 passengers and 1,100 crew members, is due to reach Oakland, across San Francisco Bay from its original home port destination, on Monday, with the arrival time yet to be determined, Princess Cruises said in a statement.

The late-night announcement capped four days of uncertainty surrounding the vessel - the ship has been linked with at least four coronavirus cases from an earlier voyage - and the fate of 3,500 people returning from a cruise to Hawaii.

Princess Cruises, a unit of the world's leading cruise operator, Carnival Corp <CCL.N>, said its information about the ship's revised destination came from the U.S. Centers for Disease Control and Prevention, which is coordinating the operation with state and local officials.

The timing of the statement, just minutes after an earlier notice, suggested that arrangements remained in flux.

The company's first notice said the Grand Princess was to "proceed to the Port of Oakland on Sunday to begin disembarking guests who require acute medical treatment and hospitalization."

It went on to say those passengers would be "transported to medical facilities in California."

Citing information from the governor's Office of Emergency Services, the earlier statement also said that all remaining passengers would get off the ship on Monday.

Passengers from California, it said, would then go to a "federally operated facility within California for testing and isolation, while non-Californians will be transported by the federal government to facilities in other states."

"Crew will be quarantined and treated aboard the ship," it said.

The update issued several minutes later said the "CDC has just informed us that further modifications of the plan are necessary" and that the ship would arrive in Oakland on Monday instead. No mention was made of the quarantine details described in the previous notice.

The predicament of the Grand Princess is reminiscent of the Diamond Princess cruise liner, also owned by Carnival, which was quarantined off Japan in February and was for a time the largest concentration of coronavirus cases outside of China, where the outbreak originated. About 700 people aboard that ship became infected, and six have died.

The Grand Princess was first denied entry to San Francisco Bay on Wednesday after state and local health authorities learned that some passengers and crew had developed flu-like symptoms, and that two guests from an earlier cruise to Mexico aboard the same ship later tested positive for coronavirus. One has died.

Health authorities say they probably contracted the respiratory virus aboard the vessel. Since then, at least two other passengers from the Mexico voyage have also been diagnosed.

California Governor Gavin Newsom insisted the ship remain at sea until individuals aboard who were sick could be tested, and diagnostic kits were flown to the ocean liner by Air National Guard helicopter on Thursday.

On Friday, U.S. Vice President Mike Pence, leading the U.S. government response to the coronavirus, announced that 21 crew members and passengers had tested positive. He said then the ship would ultimately be brought to an unspecified non-commercial port where everyone aboard would undergo another round of tests.

Pence said those requiring medical care would receive it and that all crew members would likely remain quarantined aboard the vessel. But he left unclear what was in store for passengers who showed no signs or symptoms of infection.

The vessel, which had remained in international waters, was still at sea late on Saturday.

More from Aol.com:
New York Gov. Andrew Cuomo declares a state of emergency and confirms 76 cases of coronavirus in the state
The White House admitted it will fail to meet its goal of providing enough coronavirus test kits for 1 million people by the end of the week
Mike Pence adopts elbow bump greeting amid coronavirus concerns