Rescue puppy gets adopted thanks to goofy, internet-famous smile: ‘The sweetest thing ever’ 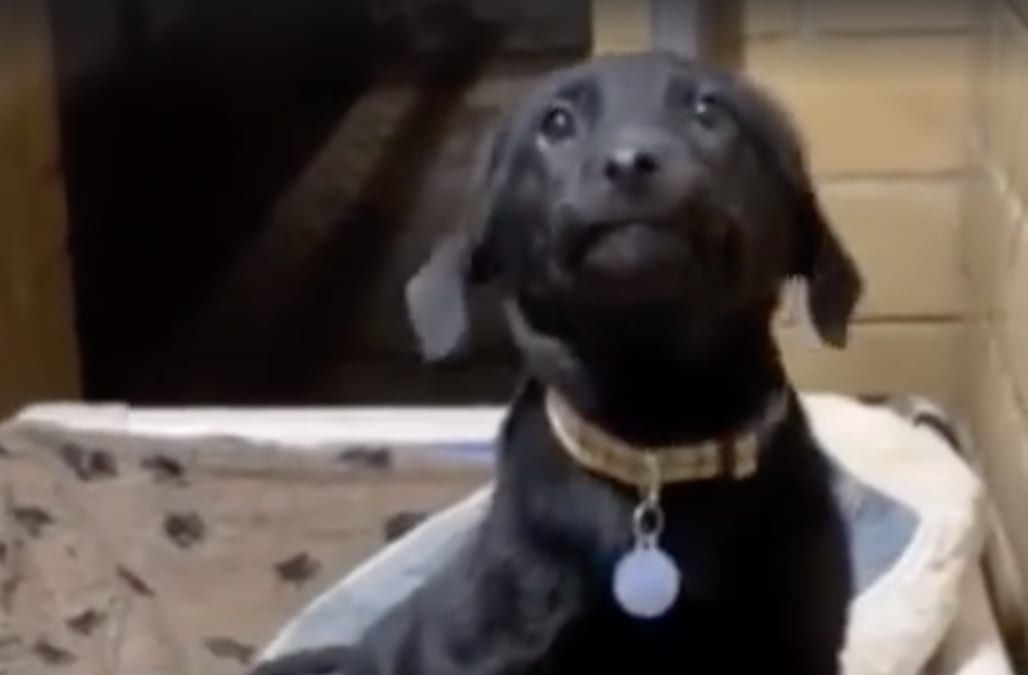 A rescue puppy that took the internet by storm has finally found a home — thanks to its strange-yet-adorable smile.

Burreaux, a Labrador-retriever mix, originally went viral after starring in a video shared by the Humane Society of Northwest Louisiana on Feb. 22. The clip, which has since been viewed more than 500,000 times on Facebook, showed the 8-week-old puppy smiling a huge, toothy grin as people walked by his bed.

The clip captured the hearts of thousands of commenters, several of whom suggested that Burreaux was smiling at potential adopters. In many ways, that prediction came true, as the video got so much attention that the puppy found a forever home within a few days.

“Burreaux has been adopted and [he is] in a loving home,” a representative for the Humane Society told Insider, adding that the dog’s sister is still up for adoption.

It’s unclear if Burreaux’s goofy smile is just a puppy phase, or if it’ll keep up with his new owners. Hollie King, who adopted the dog and renamed him Pappy, told Insider she’s yet to see his iconic look.

“His smile is what drew us into adopting him,” King said. “So far he hasn’t smiled, not one time. I figured it’s either he’s still trying to get used to us or keeps getting distracted by everything. He really is the sweetest thing ever.”

Pappy’s heartwarming story comes after a series of similar events, in which animals were adopted thanks to their ability to go viral on social media. In February, the “world’s worst cat,” found a forever home after an animal rescue in North Carolina ran a hilarious, negative ad calling the feline a “jerk.”

Last November, a rescue cat named Quilty gained nationwide attention for its mischievous habit of helping other animals “escape” from their cages at an animal shelter. The troublemaking feline also found a home thanks to viral posts about its actions.

The post Adorable rescue dog gets adopted after its toothy smile goes viral appeared first on In The Know.