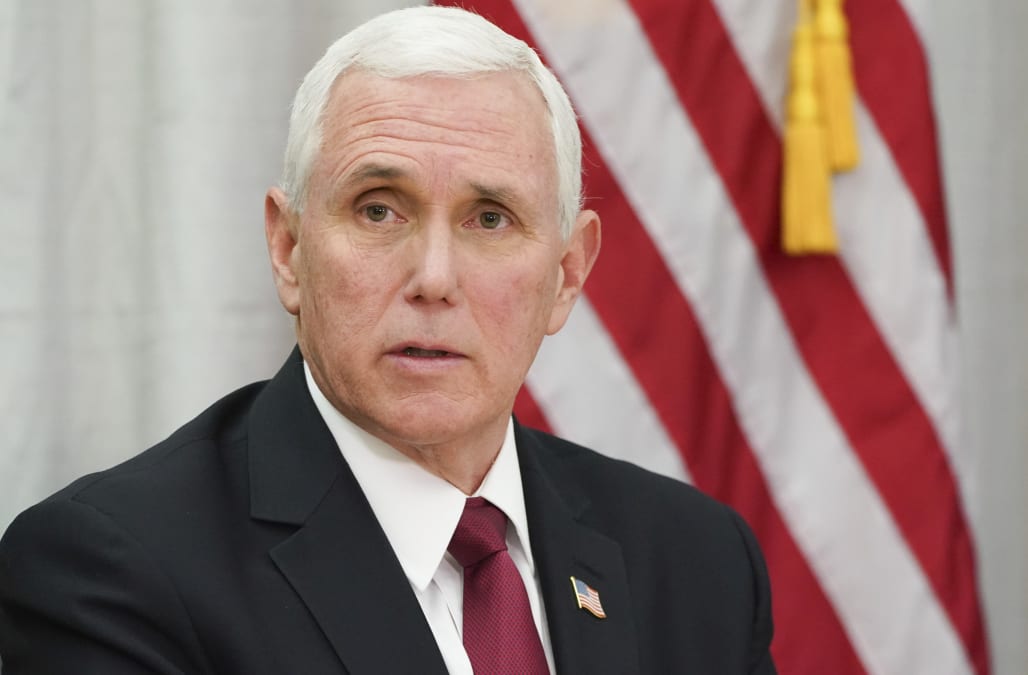 Pence, who is spearheading the Trump administration’s coronavirus response, landed in Washington on Thursday to meet with state officials about the outbreak. As he greeted Washington Gov. Jay Inslee (D) and members of Congress on the tarmac, they all exchanged elbow bumps - a greeting proposed by medical professionals as a low-contact alternative to handshaking.

Pence greeted other officials similarly throughout his visit, including at the state’s emergency operations center in Tacoma. He also adopted the greeting in Minnesota earlier in the day when he met with 3M executives to discuss the production of masks and other medical materials.

Washington has at least 70 cases of the virus, and of the 12 deaths recorded from COVID-19 infection nationwide, 11 were in the state. One other person has died from the sickness in California.

The elbow bump greeting has been endorsed by several politicians and health officials, including Nebraska Gov. Pete Ricketts (R) and Dr. Sylvie Briand, the World Health Organization’s director of pandemics.

Briand also proposed other greeting alternatives, including waving, a slight bow or a “footshake.”

We need to adapt to this new disease #COVID19https://t.co/SiCL6dX2dQ

Around the world, officials are advising people to limit personal contact. In Australia, New South Wales Health Minister Brad Hazzard told people to cut back on kissing and handshaking and opt for a pat on the back instead. And in France, the treasured two-cheek kiss tradition is now a no-no following advice from Health Minister Olivier Veran.