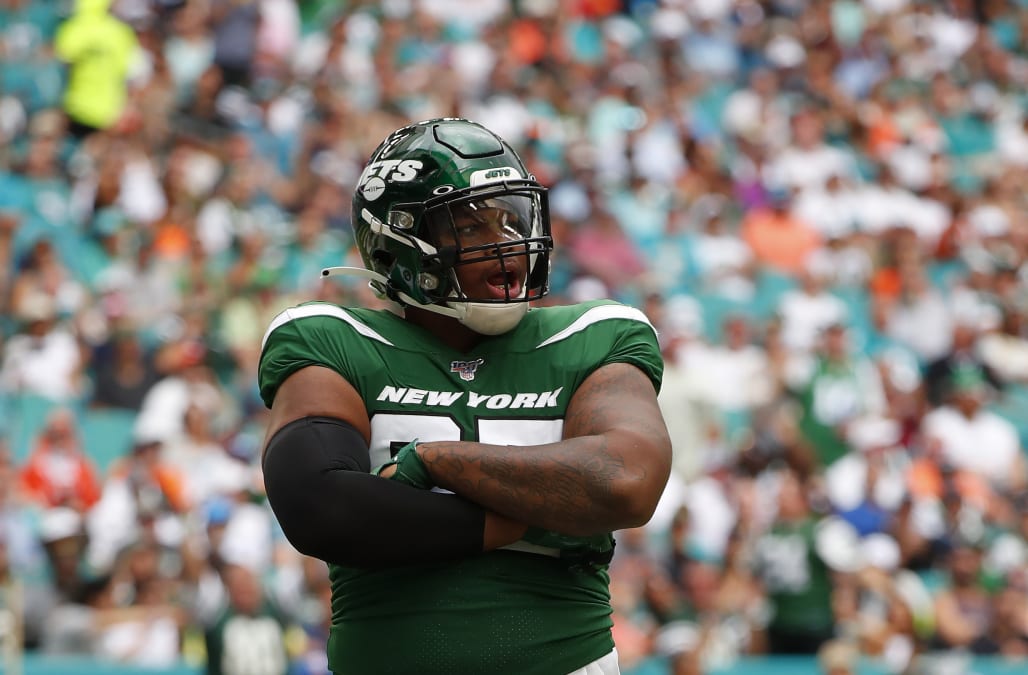 NEW YORK (AP) — New York Jets defensive lineman Quinnen Williams was arrested for criminal possession of a weapon Thursday night when he attempted to board a plane, police said in a statement.

New York/New Jersey Port Authority Police said Williams, the team's first-round draft pick last season, was arrested at LaGuardia Airport around 9:15 p.m. and charged. Police said Williams has a permit in his home state of Alabama — but not in New York — for the Glock 19 pistol he was carrying onto the flight. It was not immediately known whether the gun was loaded.

The 22-year-old Williams was being processed by Port Authority Police late Thursday night. Police said the matter will be handled by the Queens district attorney's office after Williams is released.

Williams was drafted with the No. 3 overall pick last year out of the University of Alabama. He played in 13 games as a rookie, including nine starts, and had 31 tackles with 2 1/2 sacks and a fumble recovery for the Jets.