Hillary Clinton talks about the Lewinsky scandal in Hulu's 'Hillary': 'I was just devastated' 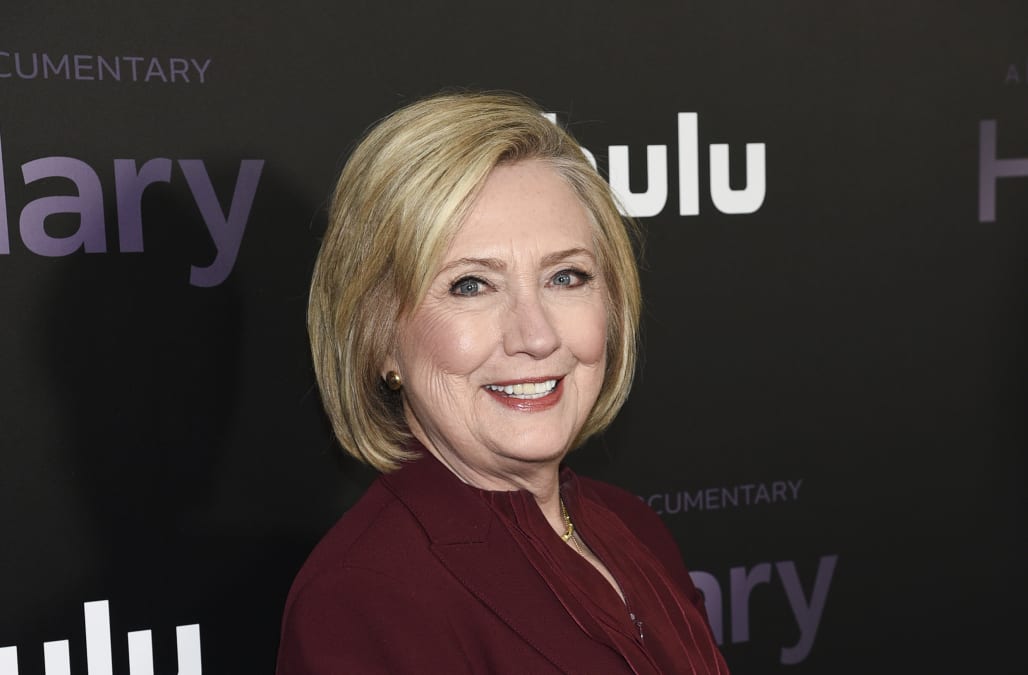 What started as a private affair between President Bill Clinton and White House intern Monica Lewinsky became a public scandal that dominated headlines throughout 1998 and led to his eventual impeachment. Like everyone else in the country, documentary filmmaker Nanette Burstein remembers watching the saga play out in the media, wondering what was happening behind closed doors in the White House between the president and his wife, Hillary Clinton. “I was in my twenties, and I remember reading whatever was in the paper every day,” the director tells Yahoo Entertainment. “You pay attention, but you don’t always understand it the same way you can with hindsight.”

Flash-forward two decades later to late 2018, and Burstein found herself sitting across from both Clintons and asking them, in separate interviews, to relive one of the most painful periods in their marriage for the expansive docuseries, Hillary. Currently streaming on Hulu, the four-part film covers Clinton’s life and career in the public eye, from her college years as an idealistic law student to her 2016 presidential campaign. The Lewinsky scandal is covered in the series’s third episode, “The Hardest Decision,” and features candid commentary from the former president and first lady. “I really wanted to ask both of them how they personally dealt with it in their marriage,” Burstein says. “This affair rocked their marriage in a public and private way, but we haven’t really heard about the private way.”

As Hillary Clinton outlines in the film, she didn’t hear about Lewinsky until the public did. During a deposition for a lawsuit brought by Paula Jones in January 1998, Bill Clinton was asked questions about his relationship with the White House intern that he either evaded or denied. Not long after, the Washington Post reported details about the alleged affair. “Bill came early one morning into the bedroom,” Clinton says in Hillary. “He said, ‘I have to tell you something: there’s a story that’s going to be in the newspaper. It’s about an intern who worked in the White House, claiming I had a relationship with her. I was just waking up, [and] I was having a hard time processing it. I said, ‘What are you talking about? What is this? What do you mean?’ He said, ‘Well there’s nothing to it, it’s not true.’...He was adamant and he was convincing to me.”

By August, though, enough evidence had surfaced — including Lewinsky’s own testimony — that required Clinton to give a nationally televised statement that he had lied about not having a relationship with Lewinsky. But before that, he had to tell his wife and their daughter, Chelsea. “I went and sat on the bed and talked to her,” the former president says in the film. “I told her exactly what happened, when it happened. I said ‘I feel terrible about it...I have no defense, this is inexcusable what I did.’” For her part, Clinton describes feeling “devastated” while hearing his confession. “I could not believe it. I was so personally hurt. And I said, ‘If this is going to be public you have got to go tell Chelsea.’”

That same month, the family went on vacation in Martha’s Vineyard, and while departing the White House, reporters took pictures of Chelsea holding her parents’ hands, which made a big impression on her mother. “Chelsea put herself between us and held both of our hands,” Clinton says in the film. “That was not anything other than her trying to keep us together. When she did that I was like, ‘Oh my gosh, that’s just so incredible, so strong and so wise.”

During that two-week vacation, Clinton largely refused to speak to her husband, but also made a decision to fight against his impeachment based on her own research during the Watergate era. “I knew what the standards of impeachment were. I knew this did not meet it. He shouldn’t have done what he did. He shouldn’t have tried to hide it. But it was not an impeachable offense.” Even as she defended him in public, privately the two were making painful visits to a marriage counselor. “I still had to decide whether I wanted to stay in the marriage, whether I thought it was saving,” she says. “We saw a counselor...[there were] painful, painful discussions.”

In the film, viewers hear Burstein asking Bill Clinton directly why he risked his marriage by pursuing a relationship with Lewinsky. “Nobody thinks, ‘I’m taking a risk,’” Clinton replies, instead describing how the pressures of the office contributed to his lack of judgment. “You feel like you’re staggering around. You’ve been in a 15-round prize fight that’s been extended to 30 rounds, and here’s something to take your mind off it for a while. That’s what happened.” Because of that experience and the subsequent counseling and years of self-reflection, Clinton describes himself as a “totally different person” now, and expresses admiration for the way Lewinsky has changed her life as well. “I feel terrible about the fact that Monica Lewinsky’s life was defined by it, unfairly I think. Over the years, I’ve watched her try to get a normal life back again. But you’ve got to decide how to define normal.”

Lewinsky isn’t interviewed in Hillary and has yet to comment on the series. “There was another series that was going on while I was making this on A&E [The Clinton Affair] that had exclusivity to interview her, so that was logistically off the table,” Burstein explains to us. “And because that documentary was doing such an exhaustive treatment of her point of view and experience, I felt, ‘OK, that's been done, and what I'm doing is what hasn't been done,’ which is understanding how that affected [Hillary] and her marriage...And also his level of guilt for how it affected how people perceived her for years to come. I think that’s why he’s so candid in the interview because he realizes the impact it’s had on her. They had never shared those kinds of feelings publicly before. I think he does feel terrible about how he just hurt a lot of people.”

Hillary is currently streaming on Hulu

More from Yahoo Entertainment Video:
Anderson Cooper calls out former Illinois Gov. Rod Blagojevich
Impeachment trial fallout: Trump could get his wish - to hurt Biden
'Shattered': Inside the secret battle to save America's undercover spies in the digital age