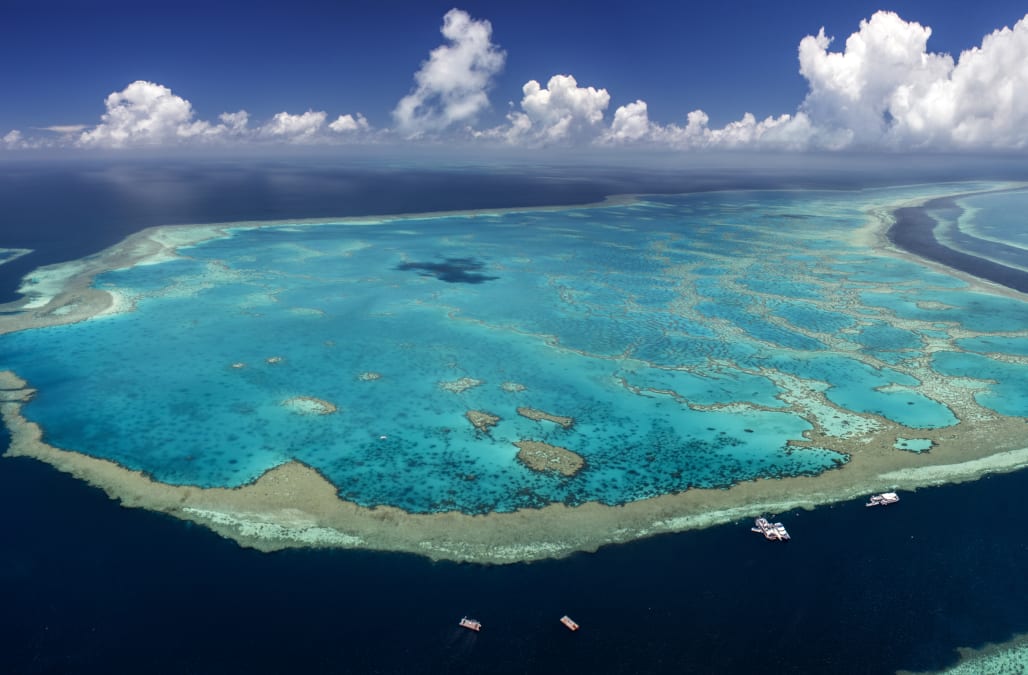 CANBERRA, Australia (AP) — The Great Barrier Reef is facing a critical period of heat stress over the coming weeks following the most widespread coral bleaching the natural wonder has ever endured, scientists said Friday.

David Wachenfeld, chief scientist at the Great Barrier Reef Marine Park Authority, the government agency that manages the coral expanse off northeast Australia, said ocean temperatures over the next month will be crucial to how the reef recovers from heat-induced bleaching.

“The forecasts ... indicate that we can expect ongoing levels of thermal stress for at least the next two weeks and maybe three or four weeks,” Wachenfeld said in a weekly update on the reef’s health.

“So this still is a critical time for the reef and it is the weather conditions over the next two to four weeks that will determine the final outcome,” he said.

Ocean temperatures across most of the reef were 0.5 to 1.5 degrees Celsius (0.9 to 2.7 degrees Fahrenheit) above the March average.

RELATED: Take a look at the foods that could go extinct due to climate change:

Foods that could go extinct due to climate change

There are many reasons why avocados are more expensive now than ever before, including a farmers' strike. But the biggest threats to avocados are rooted in environmental issues linked to climate change: hot weather and droughts have caused problems everywhere from California to Australia. Avocados are weather-sensitive and slow growing — making them especially susceptible to the effects of climate change.

In September, a report from the nonprofit Climate Institute concluded that the area around the world fit for coffee production would decrease by 50% due to climate change. In addition to dealing with drought, climate change has made coffee crops more vulnerable to diseases like coffee rust, which have wiped out more than a billion dollars in crops.

Warmer and more extreme weather is hurting hops production in the US, reports ClimateWatch Magazine.

And droughts could mean less tasty drinks. Some brewers fear that a shortage of river water may force them to brew with groundwater — a change that the head brewer at Lagunitas said "would be like brewing with Alka-Seltzer," according to NPR.

Drills are snails that attack and eat oysters. They're already a multi-million dollar problem for the oyster industry that could get worse thanks to warming water temperatures.

Climate change is already shifting maple syrup tapping season and impacting the quality of syrup, according to Climate Central. Southern producers fear that eventually, areas like Virginia won't get cold enough for maple syrup production, even during the chilliest time of the year.

Indonesia and Ghana, which have historically had ideal climates for growing cocoa beans, are already seeing decreased yields of cocoa. Chocolate companies, like Mars, have hired meteorologists to study the impact of changing weather patterns and attempt to reduce damage.

"If climate conditions in these growing areas begin to change over time, it may influence both the supply and quality available of an ingredient that we use in our products," Katie Johnson, a senior manager on the commercial applied research team, told Business Insider in September. "Anticipating what the climate will be like 10, 20, or even 100 years from now is difficult, though the better we can understand what the different climate scenarios and risks to our supply chain are, the more prepared we can be in the future."

If ocean waters increase more than five degrees, baby lobsters may not be able to survive, according to research by the University of Maine Darling Marine Center and Bigelow Laboratory for Ocean Sciences, the Guardian reported.

The United Nations’ Intergovernmental Panel on Climate Change has said that the Gulf of Maine will reach that temperature by 2100. In other words, Maine's lobsters could go from a more than $330 million business to extinct in 84 years.

In parts of the marine park in the south close to shore which avoided the ravages of previous bleachings, ocean temperatures were 2 to 3 degrees Celsius (3.6 to 5.4 degrees Fahrenheit) above average.

The authority has received 250 reports of sightings of bleached coral due to elevated ocean temperatures during an unusually hot February.

The 345,400-square kilometer (133,360-square mile) World Heritage-listed colorful coral network has been devastated by four coral bleaching events since 1998. The most deadly were the most recent, in consecutive summers in 2016 and 2017.

“It’s certainly an end-to-end bleaching event with severe bits at each end and it’s not looking good for the southern end, but it really depends on the weather in the next two weeks,” he said.

Ove Hoegh-Guldberg, a scientist from the Australian Research Council Center for Excellence in Coral Reef Studies, said how much of the bleached coral would recover and how much would die would not be known for weeks.

“I’m very worried about the situation given how warm the temperatures are on the Great Barrier Reef and what the projections are,” Hoegh-Guldberg said.

The Great Barrier Reef Marine Park Authority last year downgraded its outlook for the corals' condition from "poor" to "very poor" due to warming oceans.

Its latest report, which is updated every five years, found the greatest threat to the reef remained climate change. The other threats are associated with coastal development, land-based water runoff and human activity such as illegal fishing.

This story corrects the name of the organization to the National Oceanic and Atmospheric Administration.

More from Aol.com:
'Do we really want to close schools?' U.S. authorities resist coronavirus closures
Suicide bombers wound 5 police in Tunisian capital
Family outraged over 8-year-old's 'ludicrous' raffle prize: 'How do you explain that to a kid?'