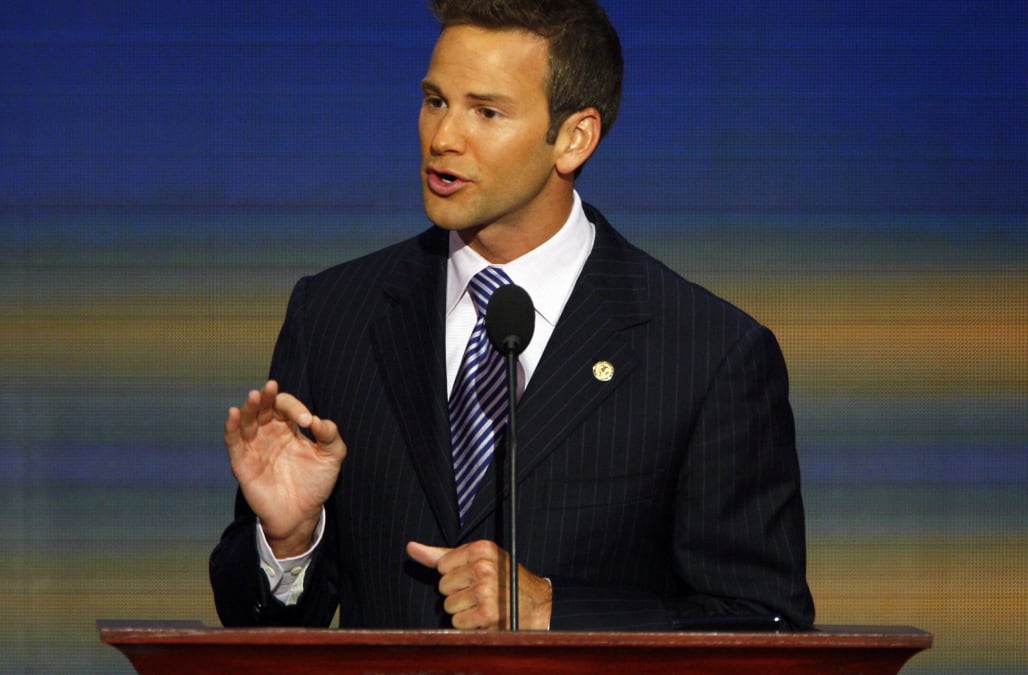 CHICAGO (AP) — Saying he would do more if he were in Congress today to support LGBTQ rights — which he opposed when he served — former Illinois U.S. Rep. Aaron Schock came out as gay Thursday in social media and web posts.

In the postings on Instagram and a webpage, the 38-year-old also describes his anguish at being rejected by members of his deeply religious family, including his mother, after they learned last year he was gay.

The longtime Republican laments that he opposed gay marriage while representing his conservative congressional district in central Illinois, noting Democrat and fellow Illinoisan Barack Obama once held a similar position.

"That fact doesn’t make my then position any less wrong, but it’s sometimes easy to forget that it was leaders of both parties who for so long wrongly understood what it was to defend the right to marry," he writes.

Link in profile to full text

He adds: "The truth is that if I were in Congress today, I would support LGBTQ rights in every way I could."

The one-time rising GOP star and prolific Republican fundraiser garnered national attention after appearing on the cover of Men’s Health showing off his six-pack abs. He successfully marketed himself during six years in Congress as an unwavering fiscal conservative.

Schock resigned from Congress in 2015 amid scrutiny of his spending. He was indicted a year later on charges that accused him of illegally dipping into campaign and government coffers to subsidize a lavish lifestyle. But all charges were dropped in 2019 amid criticism of how prosecutors handled the case.

Schock confirmed the posts' authenticity in a text message to the Journal Star in Peoria, the heart of the congressional district he represented.

As he composed the social media posts, Schock said he knew he could expect sharp criticism from the community to which he said he now wanted to belong.

"Where was I, they will ask, when I was in a position to help advance issues important to gay Americans?" his posting says.

Many longtime supporters of gay-rights blasted him on social media Thursday.

"Anyone can be gay. Everyone who is should be out," said Democratic Pennsylvania state Rep. Brian Sims in a Facebook posting. “But to be a part of a Community, especially one you’ve attacked, you better start with an apology, make amends...."

Schock now understands, he said, that he is indebted to those activists who supported rights he opposed for so long.

"I can live openly now as a gay man because of the extraordinary brave people who had the courage to fight for our rights when I did not," he writes.

Schock starts the postings on both Instagram and the webpage with the words: "I am gay."

He said he began driving to his mother's house from Los Angeles to tell her that last year. But she had learned of it before he arrived and when he spoke with her on the phone en route, "She told me to turn around and go back to LA."

He said he still receives occasional emails from family members "trying to sell me on conversion therapy," the widely debunked notion that someone who is gay can — with therapy — become heterosexual.

Schock described growing up in a conservative Apostolic Christian Church where members even considered "watching TV to be sinfully idle." He said he doesn't think he was aware there were other gays in his midst.

"I understood that the teachings of my upbringing were pretty clear on the matter," he said.

The ambitious Schock began buying real estate in high school, became a member of the local school board at 19 and an Illinois legislator at 23, then entered the U.S. Congress at just 27.

He said the fact he is gay wouldn't be a revelation for many who know him, adding that coming out publicly as gay is “just one of those things in my life in need of explicit affirmation … to finally validate who I am as a person.”

“In many ways," he writes, "I regret the time wasted in not having done so sooner.”