Collin McHugh says Astros pitchers felt powerless to stop sign stealing: 'I don't know what we could have done' 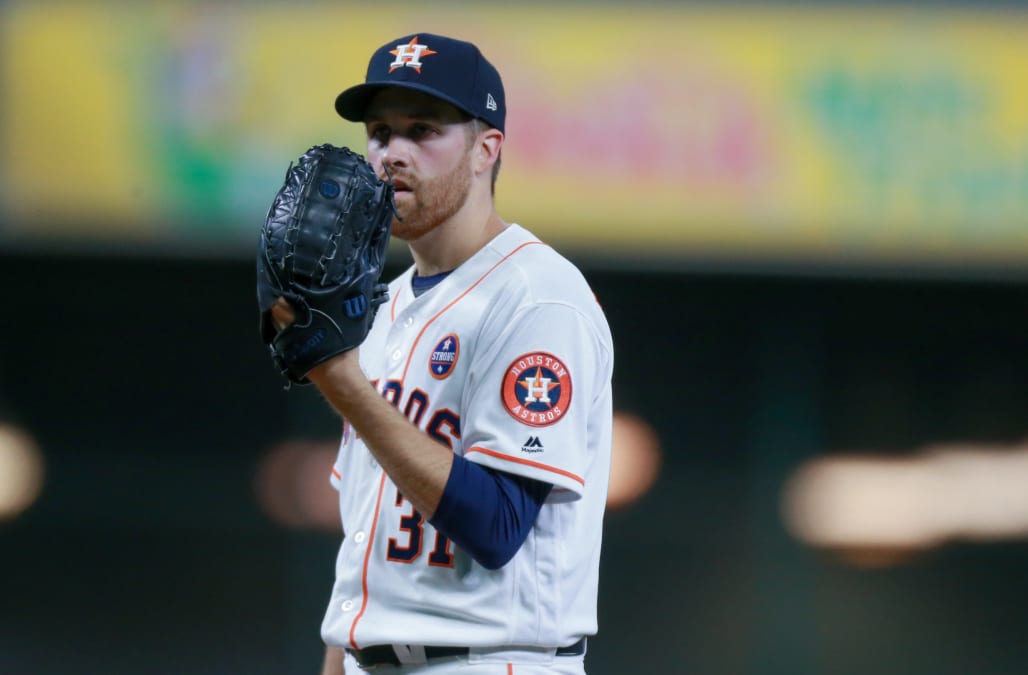 New Boston Red Sox pitcher Collin McHugh gave some insight into how pitchers on the 2017 Houston Astros felt about the team’s sign-stealing scandal. If McHugh is to be believed, pitchers on the team believed they couldn’t stop Astros’ hitters from stealing signs.

[Batter up: Join or create a Yahoo Fantasy Baseball league for free today]

McHugh, 32, also noted that Astros pitchers didn’t do much because they believed other teams were using the same methods to steal the Astros’ signs, according to Pete Abraham of The Boston Globe.

New #RedSox pitcher Collin McHugh said it was "really awkward" for pitchers on the 2017 Astros as their hitters stole signs.

McHugh added that those suspicious shouldn’t excuse Astros pitchers for doing nothing, but he made it sound like the pitchers on the team were powerless to stop the sign-stealing scandal.

Astros pitchers put in a tough spot with sign-stealing scandal

While Astros’ hitters have — correctly — borne the brunt of the ire from the team’s sign-stealing scandal, the pitchers on the 2017 team have been put in a slightly more difficult situation. As far as the public knows, Astros pitchers weren’t involved in the sign-stealing scandal at all. They weren’t able to use the opposing team’s signs to gain an edge.

But, as McHugh said, pitchers knew about it. The entire team was aware of the sign stealing, and the fact that the pitchers did nothing to stop it makes them at least partially responsible for the scandal. McHugh said Astros’ pitchers couldn’t have made a difference, but it sounds like they didn’t really try to put an end to the sign stealing.

Astros pitchers may not have had a distinct advantage over opposing hitters due to the sign-stealing scandal, but Astros pitchers still benefitted from the team’s hitters stealing signs. Brad Peacock, for example, went 13-2 in 2017. He pitched well, posting a 3.00 ERA over 132 innings, but his win total was almost certainly inflated due to Astros hitters stealing signs and putting run on the boards. Every pitcher on the team had that same advantage in 2017.

What happens next for Astros pitchers?

Players like McHugh — who are no longer with the Astros — have faced less criticism than players still with the team. That could be due to those players speaking more openly about the scandal. Chicago White Sox pitcher Dallas Keuchel was among the first player from the 2017 Astros to apologize for the team’s actions. Toronto Blue Jays reliever Ken Giles said he was willing to give back his ring if Major League Baseball asked.

Those comments haven’t been perfect — and Giles, Keuchel and McHugh still deserve some criticism — but baseball fans have been less upset with players who have spoken honestly about the scandal, even when their answers leave a lot to be desired.

Even if McHugh is telling the truth, it’s tough to feel sympathy for Astros’ pitchers considering they won a World Series title behind the cheating. Maybe the pitchers were less responsible than the team’s hitters for the scandal, but they were still responsible.