High school apologizes over teen’s ‘gender reveal’ bullying experience: ‘They should be ashamed' 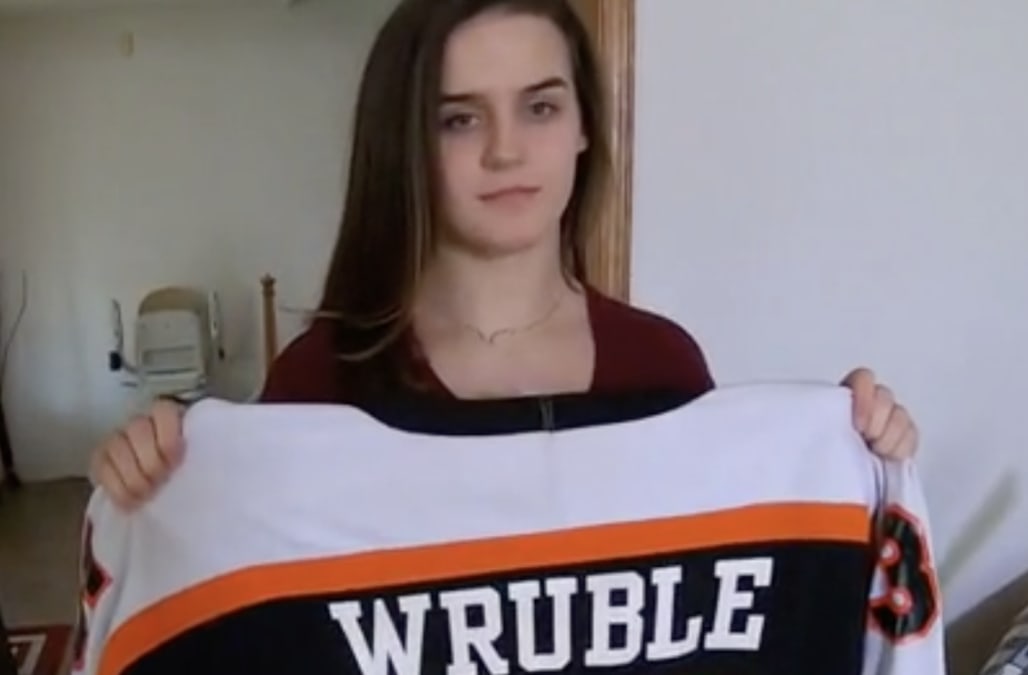 A Pennsylvania high school is apologizing after its students “stooped to an all-time low” during a rivalry hockey game.

Alyssa Wruble, the only female player on an ice hockey team associated with Northampton Area High School in Northampton, Penn., faced a wide range of gender-based bullying during a recent game, WTXF-TV reported.

Fans of the rival team, which is mostly made up of students from Parkland High School in Allentown, reportedly created a sign that asked Alyssa to do a “gender reveal,” featuring a box representing both male and female symbols.

The sign, which was later obtained by Alyssa’s family and shared on Facebook, came along with chants that questioned the teen’s gender.

“When I skated over, all I heard was ‘Wruble, you’re a dude,’ and apparently my [family] also heard them saying that I have a penis,” the 17-year-old told WTXF-TV. “It was really loud. The whole student section had to be doing it.”

Wruble’s aunt, Donna Bloss, shared the incident on Facebook, along with photos of the sign and a condemnation that led to an outpouring of support from the community.

“They couldn’t go after her skill,” Bloss wrote. “So this is what we’re left with. The Parkland fans stooping to an all-time low. Competitive banter and egging each other on is all in the spirit of the game … But personal attacks, bullying and borderline sexual harassment has no place in high school sports or anywhere for that matter.”

“Congratulations to your niece and her unbelievable talent … she ROCKS!!” one user wrote. “And to Parkland SD, they should be ashamed, embarrassed and especially to the parents that ‘know better.'”

“So glad you shared this … What Alyssa has endured is mean, rude and unacceptable,” another added.”

Alyssa, who scored two goals in the game, told WTXF-TV on March 2 that she simply wants a direct apology from the school.

“I get you can talk smack and stuff, but you don’t have to go directly at someone and body parts of what they do and don’t have,” she said. “If they would have just said sorry for whoever made it I would have been fine with that.”

It’s unclear if the teen has gotten that apology in person, but the Parkland School District did release a public statement condemning its fans’ behavior.

“There is no place for unsportsmanlike conduct or personal harassment in our school, or anywhere, and anyone involved will be disciplined according to Parkland policy and procedures,” the statement, shared to Facebook, read.

“Furthermore, to Alyssa and her family, we are sorry for the pain caused by the sign. Parkland fully supports gender equity and Parkland is proud to have female players on its own hockey team.”

We’re obsessed with how easy this tool makes chopping produce