Report: Jimmy Graham not expected to return to Packers, will hit free agency 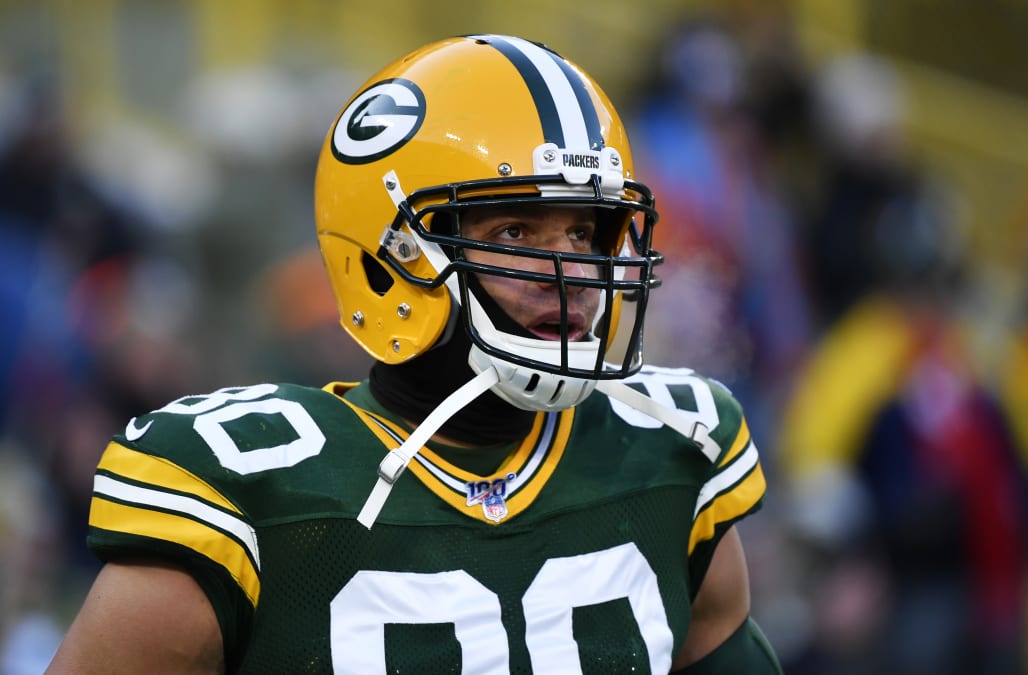 After two disappointing seasons, the Green Bay Packers are moving on from Jimmy Graham.

The 33-year-old tight end isn’t expected to return to the Packers next season, setting up an entry into free agency, according to NFL Network’s Ian Rapoport.

One potential play-maker hitting the market: #Packers TE Jimmy Graham is not expected back in Green Bay, sources say. The move with the 33-year old former free agent signing is noteable, though not a surprise for anyone involved.

However, no move regarding Graham is imminent, according to ESPN’s Rob Demovsky.

While @RapSheet is right that no one expects Jimmy Graham to be back with the Packers, I’m told nothing has been done yet as far as his impending release.

Cutting Graham — who has one year and $7.45 million in salary left on his contract — would save the Packers $8 million in cap space and leave $3.67 million in dead money, according to Over The Cap.

Whenever Graham is released, it will cut short a tenure in Green Bay that was a disappointment for all involved.

Jimmy Graham didn’t live up to billing with Packers

Signed to a three-year, $30 million contract in 2018, the allure of Graham in the Green Bay offense was obvious. One of the most dynamic red zone threats the game of football has seen at tight end joining forces with Aaron Rodgers, one of the best to ever play quarterback.

Instead of once again becoming an unstoppable force near the end zone, Graham mostly flopped in Green Bay. In two years with the Packers, he averaged just 33.8 receiving yards per game and hauled in only five total touchdowns.

Now 33 years old and a full three seasons removed from his last solid year with the Seattle Seahawks, Graham will enter free agency with the hope some team out there thinks he can still be the receiving threat he once was.