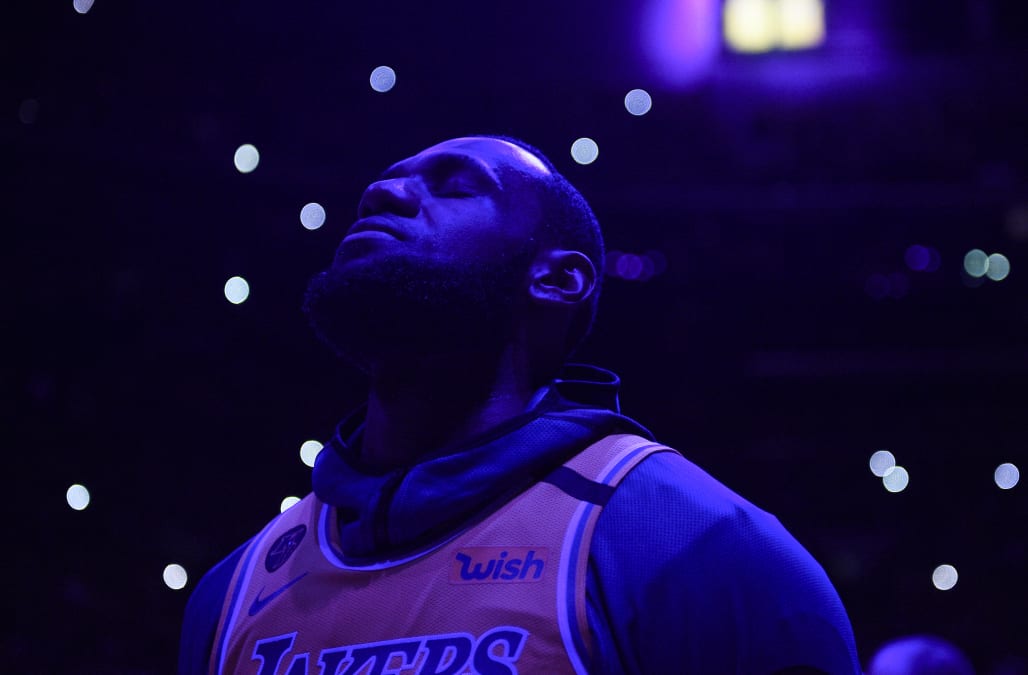 In the wake of Kobe Bryant‘s death, LeBron James has come forward to dispel the common belief that it’s weak for men – especially athletes – to cry.

Five days after Bryant, his 13-year-old daughter Gianna and seven other passengers died in a tragic helicopter crash in January, James was caught on camera choking back tears as Boyz II Men sang the national anthem. Ultimately, he allowed himself to cry in front of millions of people across the country in the Lakers’ first game since the tragedy.

“Men should be emotional when something hits your heart,” James told Sports Illustrated.

“When something feels a certain way, there’s no reason you shouldn’t be emotional about it. The emotion comes from, especially in this instance, somebody who has paved the way and done so many great things in our sport.”

“Absolutely, no question,” agreed John Callaghan, a retired professor of biological sciences at USC who has a PhD in the sociopsychology of sport. “For years and years, we had to refrain and restrain ourselves and it wasn’t good to show what our inner feelings were like. We had to be manly and bottle everything up. Things have changed. Our society has changed.”

“When I was younger, during those days, it was not cool to show emotions,” explained Green. “It’s not manly, I guess. But now it’s a different time, a different generation. It’s okay to show emotions. It doesn’t make you any less of a man, less masculine or uncool.”

He added, “When you see the top people that you look up to, the top superstars showing their emotions, it shows kids it’s okay to let some things out and show emotions.”

More from The Grio:
Rep. Ayanna Pressley’s husband testified to Congress on prison re-entry reform
Destination Crenshaw breaks ground for Black Los Angles on Sankofa Park
Kevin Durant and Stephen A. Smith feud may be back on