Knicks fan says he was 'interrogated,' threatened with arrest by security for 'Sell the team!' chant 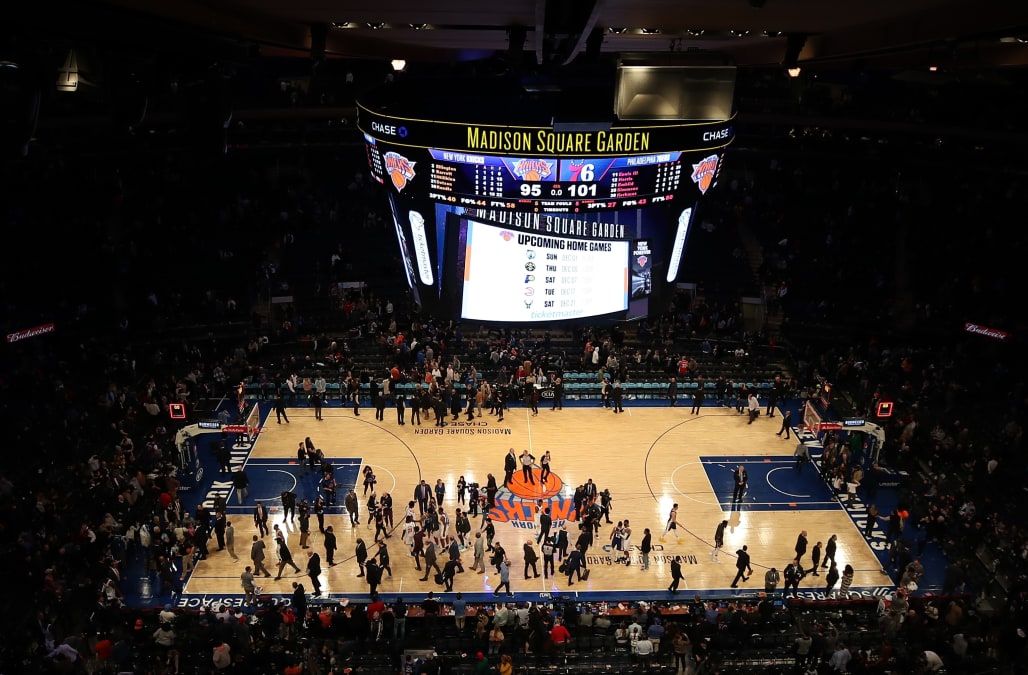 A group of New York Knicks fans were allegedly escorted out of Madison Square Garden on Wednesday for yelling “Sell the team” in the waning minutes of the team’s 112-104 loss to the Utah Jazz.

Fortunately for the Knicks, they were not as famous as Spike Lee.

‘Sell the team’ chant leads to another ejection from Knicks

A group of at least four young men were escorted from their seats by MSG security for yelling "Sell the team" late in the Knicks loss tonight. Group of security escorted them into elevator out of arena.

"It's not like we're coming back here anytime soon," one of the men yelled.

Following the game, one of the fans told the New York Daily News’ Stefan Bondy that he was “interrogated” for 15 minutes by Madison Square Garden security and was threatened with arrest by one guard. They were reportedly told they are allowed back at the Garden, however.

The fan also posted video of his group being surrounded by security while waiting for an escalator, then a group photo by the entrance which they were apparently escorted through. Incredibly enough, it was the entrance at the center of the Knicks’ latest self-created saga.

Escorted out of Spikes entrance pic.twitter.com/DcvLH2oLCB

Curiously, a Madison Square Garden spokesman reportedly told the Daily News that the fans were neither ejected nor escorted from the arena.

Such an ejection would, of course, be just the latest in a trend under team owner James Dolan, who has previously been reported to single out a teenager for ejection amid “Sell the team” chants and get caught on video personally ejecting a fan for yelling “Sell the team.”